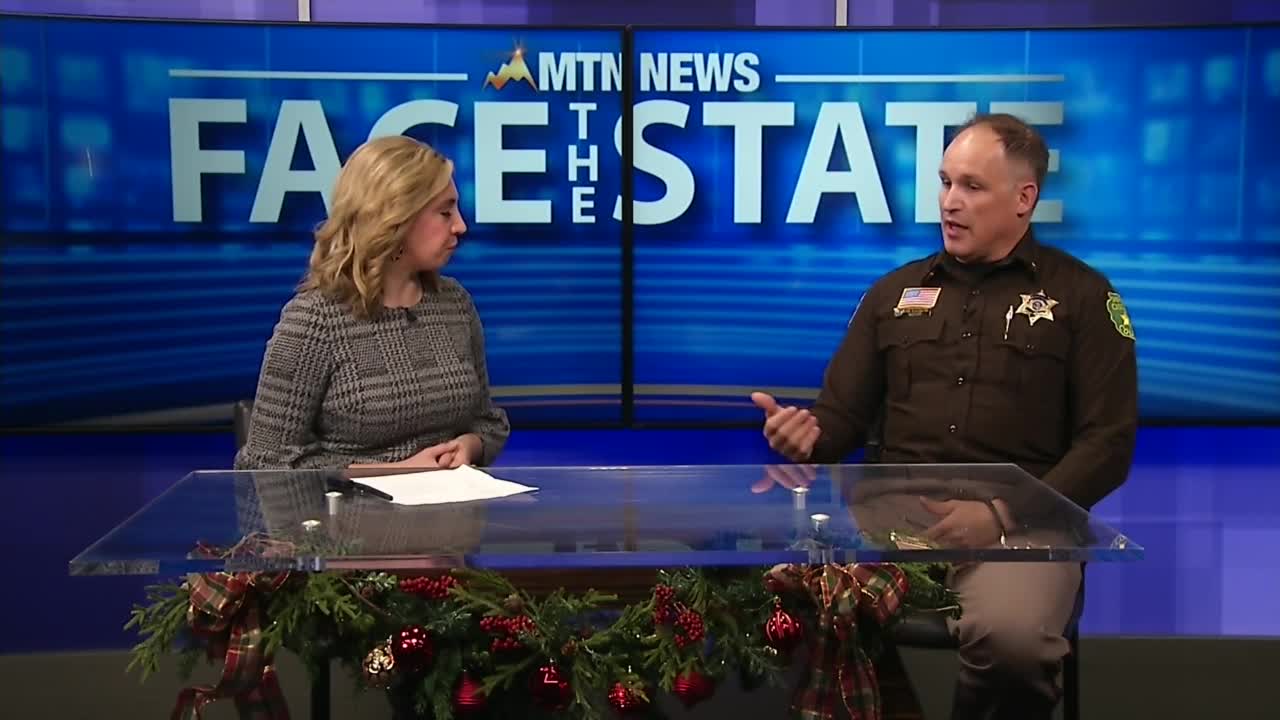 GREAT FALLS — The prison and supervision population in Montana in recent years has been at or over capacity. According to a report by the council of state governments justice center, this is mainly due to a rise in the prison population between 2008 and 2015.

Legislation that was passed in 2017 has appeared to make a significant impact on prison population, but jails are more overcrowded, now Montana counties are taking action to combat this.

Governor bullock signed several bills into law in the spring of 2017. They were part of the policies the commission of sentencing had proposed in order to reduce the prison population.

Bullock also made a point to prioritize supervision resources for people who are more likely to reoffend. He's also established funds to help counties address local challenges in the rising population.

Cynthia Wolken, Deputy Director of the Montana Department of Corrections says this is one of the reasons they developed the 2015 sentencing committee.

“That’s sort of the essence of criminal justice reform and justice reinvestment in Montana is to stop the revolving door and save prison beds and jail beds for people who are truly dangerous and need to be behind bars. So that is what I think the counties are doing with their pretrial services and that's what the doc is doing with our programming and our whole approach now to community supervision.”

The commission on sentencing was established by the legislature to identify the driving force behind jail and prison overpopulation. And the laws signed in 2017 seem to be making an impact better than expected.

The Cascade County Detention Center is over capacity by nearly 100 people on a daily basis. This number fluctuates as they see people being arrested and released continuously.

They are also making some improvements to help combat the ever-growing inmate population as well as the amount of drug traffic they are seeing inside the facility.

The Cascade County Sheriff’s Office is bringing about changes they hope will help detention officers do their jobs effectively...such as updating switchboards used to open and lock cell doors...as well as other security and communication equipment.

But one common problem they are seeing at the jail level is people who try to bring drugs into the facility.

According to the report to the Montana Commission on Sentencing the number of drug related offenses had increased more than 60 (62) percent in Montana between 2009 to 2015. They also accounted for more than 50 (53) percent of the increase in total arrests during that same time.

In Great Falls, Sheriff Jesse Slaughter says they see people deliberately getting arrested with drugs in their body cavities in an attempt to smuggle them in. Those attempts also result in more costs for the county.

“When a person comes in with those, we have to take them to the E.R. to have those objects medically removed from them, which costs us money. We’re going to try to do our best to mitigate those costs with hopefully getting a body scanner, hopefully having our drug k-9 is in training right now, getting those tools brought in here to mitigate that as much as possible. “

Wolken says it’s a problem that is not going away.

“People are always attempting to introduce contraband into facilities, unfortunately people who are criminal minded like that have gotten ahead of technology”

Wolken went on to tell us the numerous new ways they’re seeing people bring drugs into their facilities.

Captain Alan Hughes of the Lewis and Clark Detention center says they do their best to catch drugs before they get into the facility. He says it’s just one more temptation for those trying to get clean.

“I don’t doubt that there are some that slips through, but our staff is very diligent in making sure they do the best to try to keep that out. Because we know people, if they were an addict or they needed that on the outside and they just got a little bit snuck in, that whole cycle starts all over for them.”

The Lewis and Clark County Jail recently had a bond and levy passed which has allowed them to make necessary changes to their facility because of the overcrowding they see.

Sheriff Leo Dutton in Lewis and Clark County says their goal is to provide space for more pretrial programs giving those who don’t need to be incarcerated another option.

“Allowing people to come in and help these individuals learn how to read or learn different ways of conflict management having the time and the space to bring people in to do that. We just don't have that now. I allow the chaplains program in and AA. That's all we have room for and sometimes we don't have room for that. But this new facility will have dedicated space where we can bring people in and help them. And were going to have the opportunity for mental health counselors to come in and case managers and help them get on their medication and stay on the medication.”

Undersheriff Jason Grimmis tells me.... The recent increase in inmates has had an effect on staff.

“My heart goes out to the detention officers because they do have an extremely difficult job, especially right now with how many prisoners we’ve got in such a small capacity area. They’re stepping over prisoners and were still trying to make sure everybody’s… their well-being is good, the security of the facility is good, and maintaining control of the facility with that many people in there.”

According to the undersheriff the current facility in Helena was designed in 1984 to hold 58 inmates. There have been some modifications allowing them to now hold 80 comfortably. As recently as last month there were 116 people inside the detention facility. Many of those people are pretrial… meaning they have been arrested on something serious enough to need to see a judge and are being held either because of the seriousness of the crime or they just cannot make bail. Which is a problem seen in cascade county as well.

Currently in Great Falls Judge Elizabeth best has been working with the detention center as well as others in the community to keep jail beds available for those who need them.

Along with other judges Judge Best as been working with select cases to offer a compliance check in program.

"What we ask them to do is come in, check in first thing in the morning with me or one of the other judges at a predetermined time. And what I want to know is… I’m not asking about their case. I am asking them if they are remaining compliant, are they taking care of mental health assessments, are they taking care of chemical dependency assessments, are they getting jobs where appropriate. We do have resources in the community that some people aren’t even aware of that are in this compliance check in program. So, we can even point them in a direction so that they can get on their feet."

Cynthia Wolken with the department of corrections says changes have been implemented to help with the way Montana handles those who have committed a crime.

“it used to be sort of a one size fits all approach…the research shows we have to really look at each person as an individual and do some sort of case management and compliance work to help them be successful individually and address their specific risks and needs.”

Sheriff Jesse Slaughter discussed what steps need to be taken now in Cascade county and he says expansion isn’t necessarily the answer.

“My issue that I have with that is I took an oath to do the right thing by this community and when I took office, like I said, we didn’t have any of these programs in place. We didn’t have diversion, we didn’t have pretrial. None of this stuff was in place. So, to be a good steward of the tax dollars of this county I feel it’s critical that we try to do as many options as we can and see what that does to the existing jail population because we have a large facility. We have one of the largest facilities in the state.”