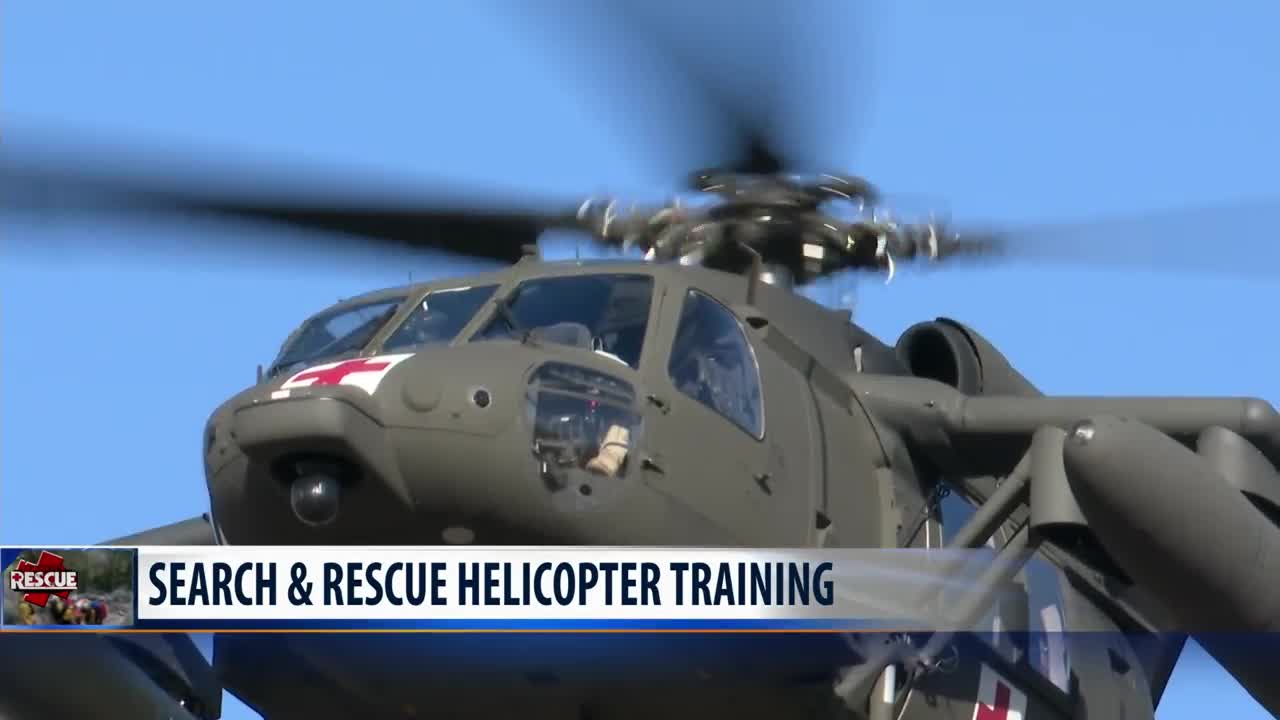 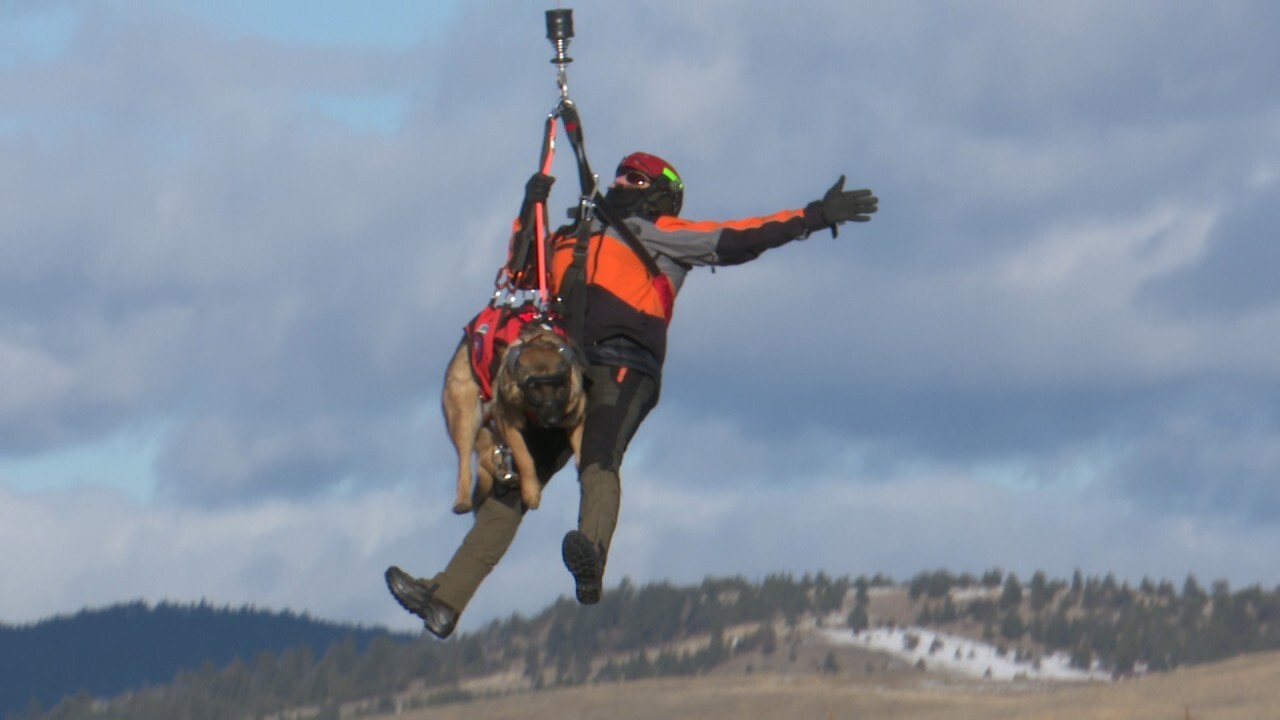 FORT HARRISON — The Montana National Guard is partnering with local search and rescue teams to practice ways they can work together on future rescues.

On Saturday morning, Elkhorn Search and Rescue and True North Search Dogs came to Fort Harrison for helicopter hoist training. Search team members and dogs were attached to harnesses and lifted up to a National Guard helicopter hovering about 50 feet in the air. The helicopter then carried the teams into the mountains and dropped them off.

Elkhorn Search and Rescue is Jefferson County’s volunteer search and rescue team. Coordinator Dave Kauffman said, when someone becomes lost deep in the mountains, they can reach them much more quickly if a helicopter can bring the team closer.

“That takes and speeds the search and rescue up from eight hours to like an hour getting our teams back in the high country to start searching – plus all the effort it takes for somebody to walk back in there, it eliminates all that,” he said.

The goal of Saturday’s exercise was to make sure both the helicopter crews and the search teams are comfortable with the procedure, before they have to use it in an emergency situation.

“There’s a lot going on, especially when you have four members and a K-9 being hoisted in the helicopter,” said Kauffman. “The ultimate goal is safety.”

The rescue team members practiced extending their arms to keep themselves from spinning as they were hoisted.

The dogs were outfitted with goggles and earmuffs before being hoisted. Kauffman said they train them to get used to the noise and simulated hoists before being lifted in a full-scale exercise.

“They’re comfortable being in the hoist, and they’re with the handler as well, so they trust us,” he said. “They just love it. There’s no frantic at all with the dogs.”

Kauffman said Elkhorn Search and Rescue and the National Guard have worked together on a number of occasions. He said the Guard is especially valuable in many cases because its helicopters are so close.

“It’s an amazing resource, and one that we use fairly often,” he said.

This exercise is part of the lead-up to a larger mock search scenario this summer, with search teams looking for actors portraying people in need of rescue.