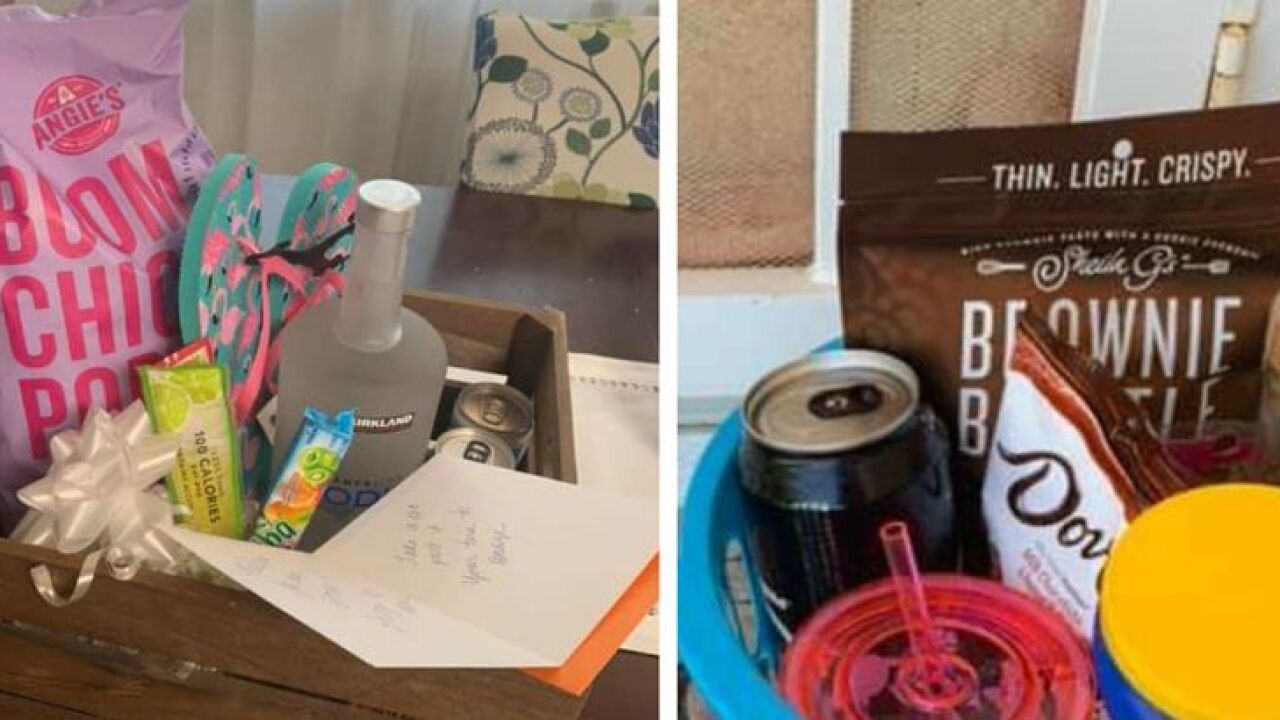 GREAT FALLS — In recognition of all the hardships people have been through these past few months, one Great Falls woman started a gift-giving Facebook group called "Boozy Fairies of Great Falls" to spread positivity in her community.

Members of the group post information about themselves - including their favorite food, booze, and pastimes, and then adopt a member, who they can purchase those items for, thus becoming their “boozy fairy”.

Each member picks another member until all have received a dusting of goodwill from their very own boozy fairy. And despite the name, the gifts don't have to include booze - soft drinks, candy, snacks, and toys are also among the deliveries.

Group organizer Jalyn Keighley said she heard about the boozy fairy concept group in another Facebook group. She shared it to her personal page, received positive feedback from friends urging her to start a group of her own, and acted on their advice.

Since the group’s creation on May 24th, it has increased in size tenfold. "The first week there was only about 300 total members. It has grown. There’s over 3,000 members now, and about 500 members pending approval,” Keighley said.

As membership has risen, so have the members' spirits. “A lot of what we see are a lot of these people coming home from maybe a long day of work, they’re saying that it’s been a horrible week, and they come home to this surprise on their front steps, and that it’s really just changed their week,” Keighley said.

While she feels honored to have founded the fairies, she said the group’s success comes from the goodhearted members of Great Falls. “The group wouldn’t be anything near what it is without the people who are joining who really just want to create a little bit more fun for everyone else involved,” Keighley said.

Although this particular group is limited to those who live or work in the city of Great Falls, Keighley encourages other cities to start their own boozy fairy groups.

“I say, the more places that this can go, where people can uplift others, the better. So whatever city or town wants to start one, I would highly encourage them to do so,” Keighley said.

If you’d like to join the Boozy Fairies of Great Falls, you must live or work in the city, and be of legal drinking age. Click here to check out their Facebook page.