Tropical Storm Isaias continues to move up the Florida coast 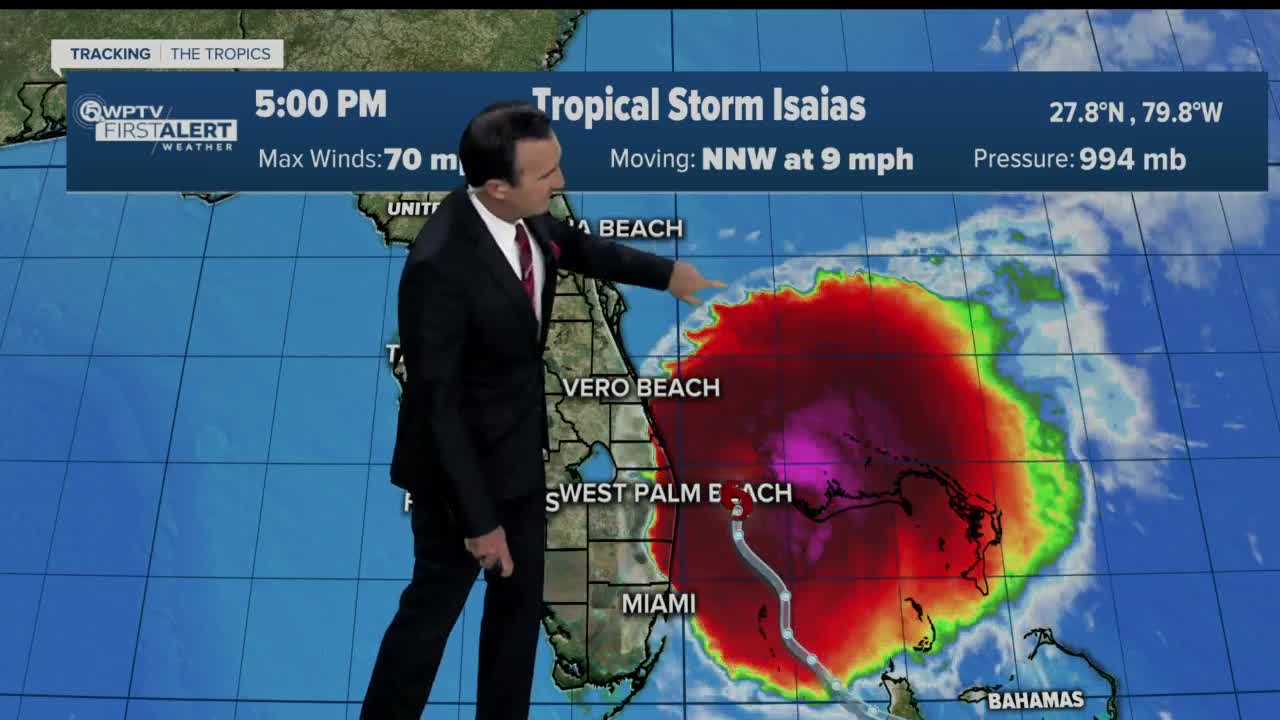 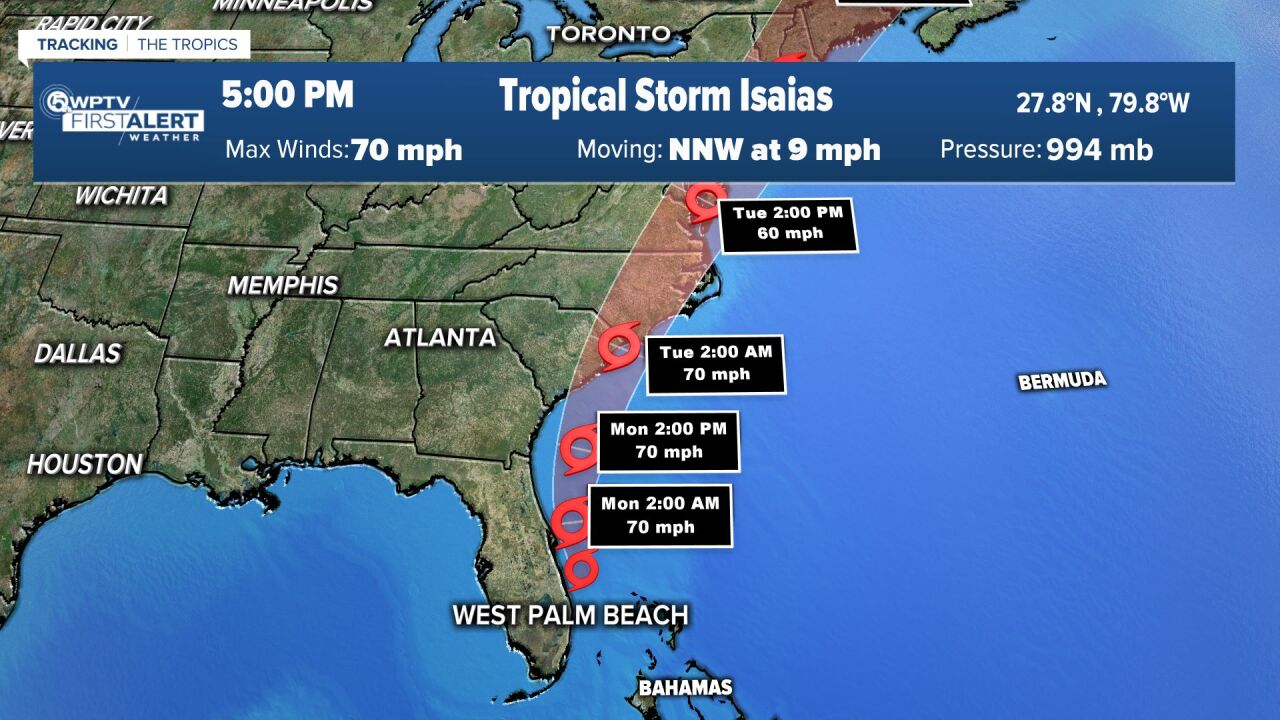 Tropical Storm Isaias continued to churn up the east-central Florida coast, but it is no longer expected to restrengthen into a hurricane.

As of the 8 p.m. Sunday advisory from the National Hurricane Center, Isaias' maximum sustained winds were at 70 mph and was moving north-northwest at 9 mph.

"Tropical storm warnings have been dropped for the Treasure Coast. The new track still keeps it offshore until it gets to the grand strand in South Carolina. It will continue to bring gusty winds and a few squalls to the treasure coast this evening before tapering off tomorrow morning," WPTV First Alert Weather meteorologist James Wieland said after the 5 p.m. advisory. "It will leave a trail of deep tropical moisture over us for a good part of the week, keeping rain chances high each afternoon. More than the storm itself brought."

As of 8 p.m. the Tropical Storm was about 55 miles east-southeast of Cape Canaveral.

He said the probability of tropical storm-force winds has decreased.

"We've run out of room for this to develop and strengthen at all, at least through our area," Weagle said.

WPTV First Alert Weather meteorologist Glenn Glazer said southwesterly winds picked up and created wind shear, disrupting the storm's chance to intensify. Also, Isaias ran into some drier air and the Bahamian island of Andros, which contributed to the eye getting greatly disrupted.

The feeder bands of the storm, containing heavy rain and strong winds, will continue to make their way onshore through Sunday.

The weather will improve overnight Sunday on the Treasure Coast into Monday morning.

On Monday and Tuesday, the center of Isaias will move from offshore of the coast of Georgia into the southern mid-Atlantic states.