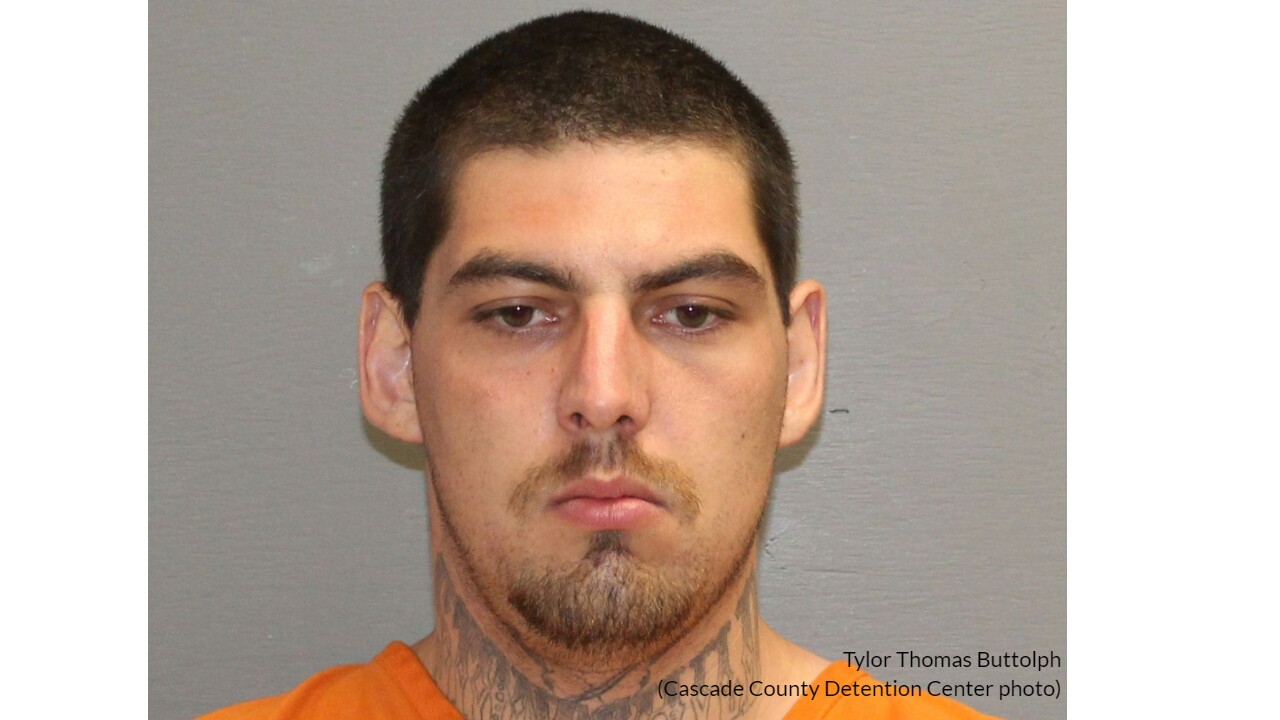 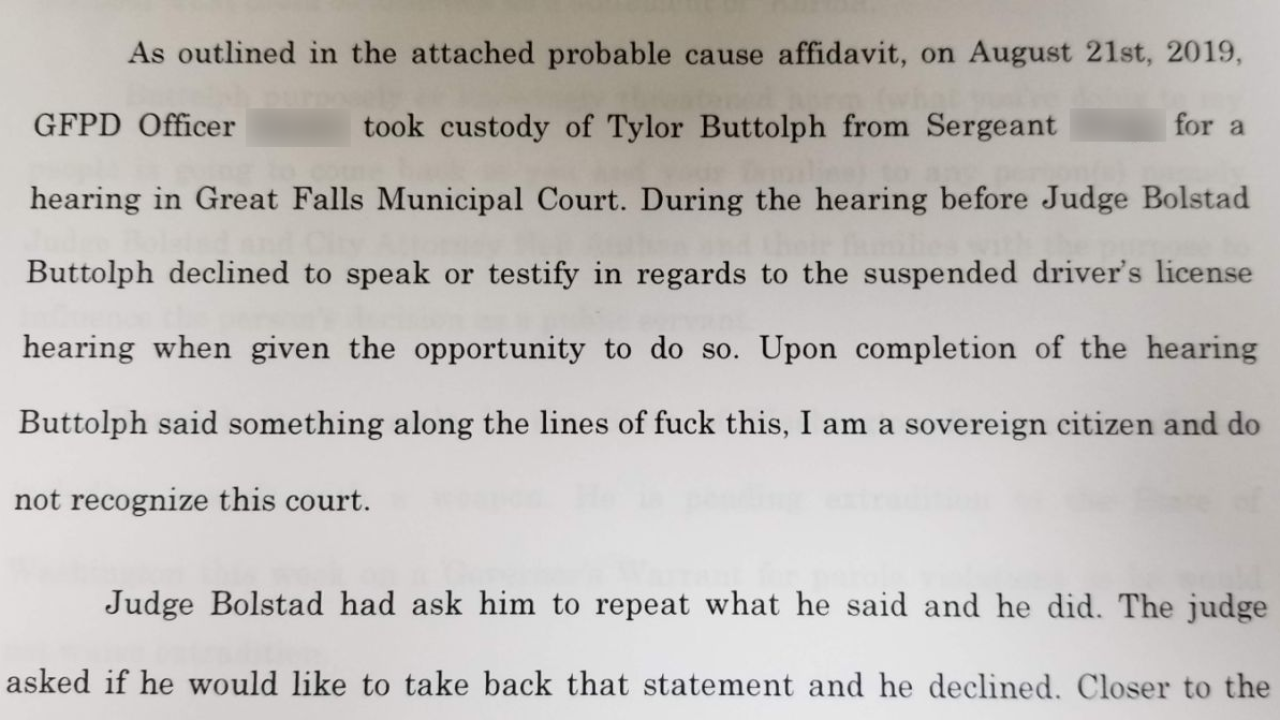 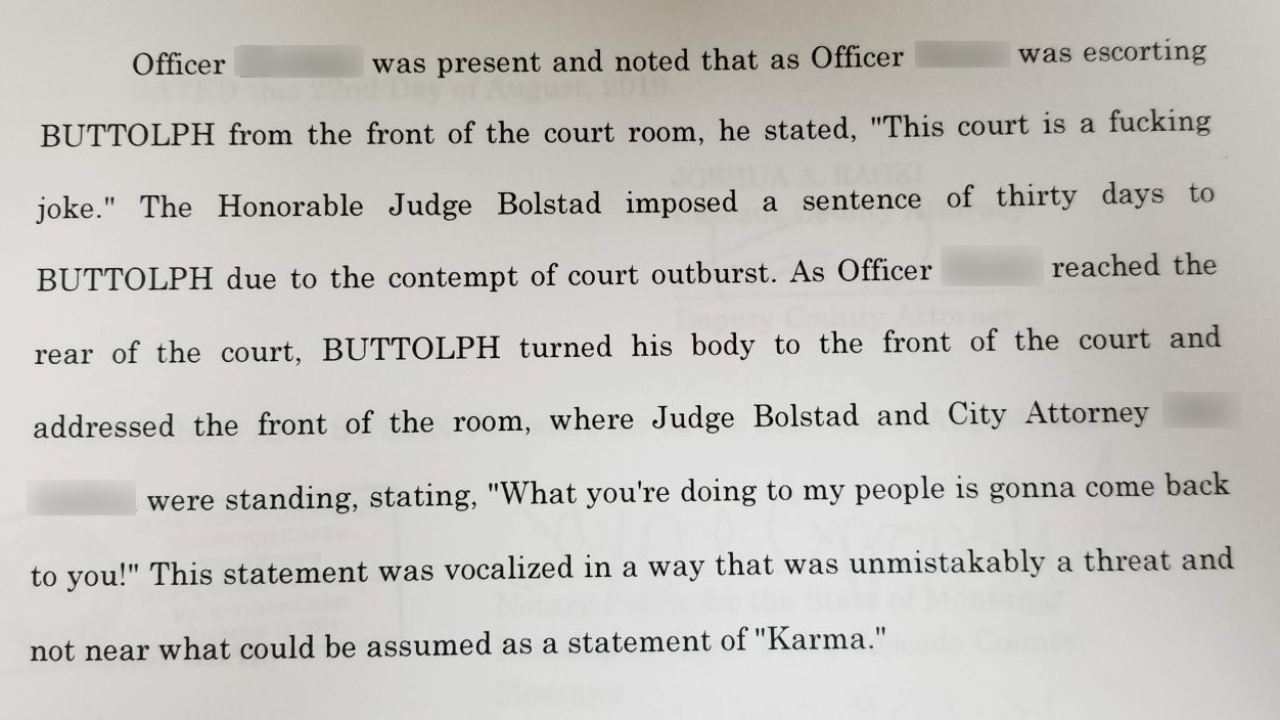 GREAT FALLS — Tylor Thomas Buttolph has been charged with two felonies after he allegedly threatened a Great Falls judge and the City Attorney.

Court documents state the Buttolph was appearing before Municipal Court Judge Steve Bolstad on Wednesday regarding a suspended driver's license; Buttolph declined to speak or testify during the hearing.

At the end of the hearing, according to court documents, Buttolph "said something along the lines of 'F**k this, I am a sovereign citizen and do not recognize this court."

The judge asked Buttolph to repeat what he had said, and Buttolph did; the judge then asked if he would like to retrract the statement, and Buttolph declined. Buttolph then reportedly said to the judge and to the City Attorney that what they were doing to his people is going to come back on you and your families.

The charging documents state that a police officer in the courtroom heard Buttolph then say, "This court is a f**king joke."

The judge then imposed a sentence of 30 days in jail for contempt of court.

Buttolph then reportedly turned to the front of the courtroom and addressed the judge and City Attorney again, saying, "What you're doing to my people is gonna come back to you!"

The court documents allege that the statement was vocalized in a way that was "unmistakably a threat."

Buttolph is currently on parole in Washington for several offenses, including assault with a weapon.

Buttolph has been charged with two felony counts of "threats and other improper influence in official and political matters," and bond was set at $50,000 consecutive to any other bond due to the potential risk to the community, his lack of community ties, and his parole status.