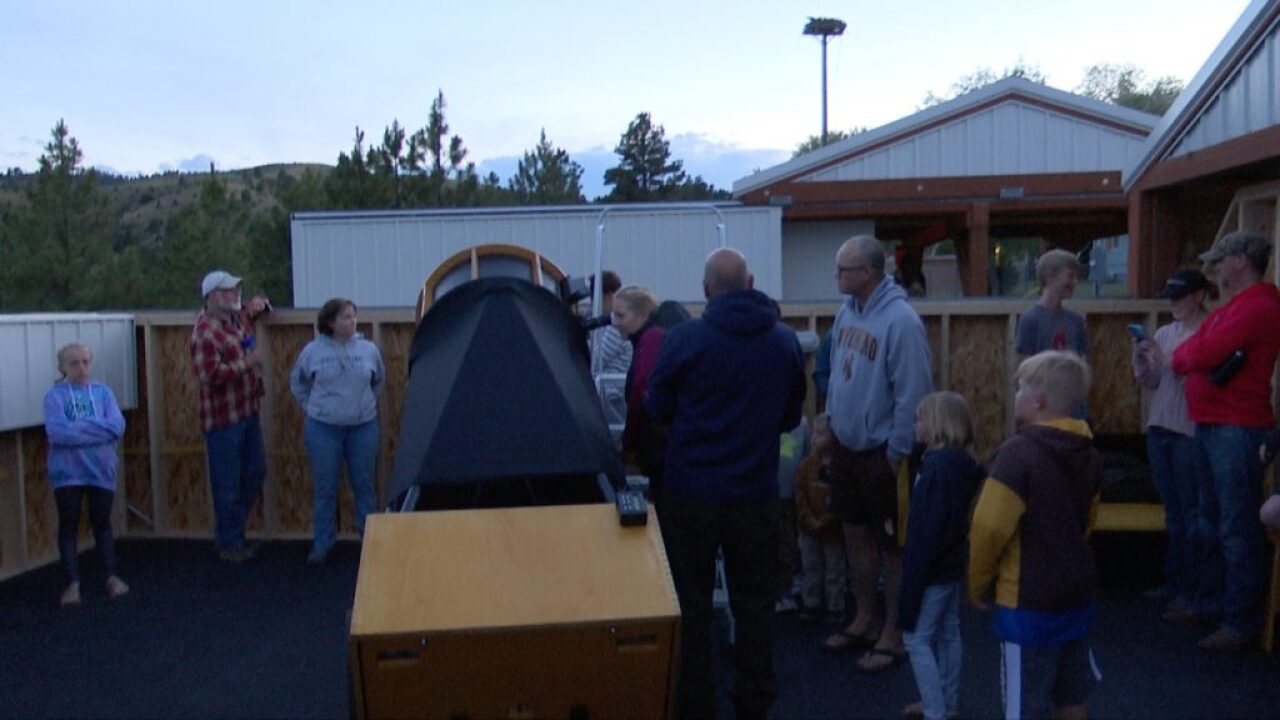 MTN News
<i>Dozens of people were on hand on May 23, 2020 to mark the official grand opening of the Mike and Lynn Rice Astronomical Park. </i>

(HELENA) At the Montana Learning Center, on the shore of Canyon Ferry Lake, two new buildings may not seem notable from the outside. But the roofs are on motorized tracks, and they can open up to reveal two brand-new telescopes.

On Saturday night, dozens of people were on hand as the center celebrated the official grand opening of the Mike and Lynn Rice Astronomical Park.

“It was an effort that we started with the Helena Astronomical Society about two years ago, just as an idea around the meeting table,” said Ryan Hannahoe, the center’s executive director. “From that, it quickly changed and rapidly grew.”

Hannahoe once worked for Mike and Lynn Rice, who operate New Mexico Skies, a remote observatory site in the southern New Mexico mountains. They worked on a project to give students access to and control over a telescope over the internet.

The Rices served as major benefactors for the MLC telescope project. 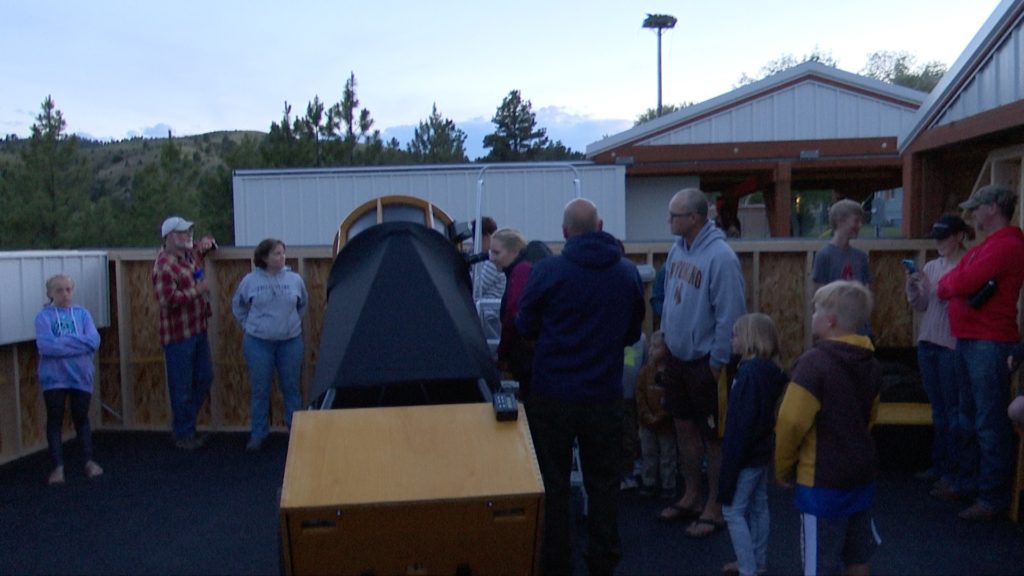 The bigger of the two new telescopes is 25 inches across. Hannahoe said it would be among the largest public-use telescopes in Montana. It is designed to gather as much light as possible, allowing someone to see faint objects in the night sky more clearly.

“It’s meant to get kids and people excited about outer space,” said Hannahoe.

The other telescope is smaller, at 14 inches, but its images are optimized for photography. It can be connected to a sophisticated camera system.

“This specific telescope is meant for high-speed photography of lunar and planetary objects,” Hannahoe said.

There is also a third telescope at the site. It is now the permanent home for the Helena Astronomical Society’s telescope, after its previous home was sold.

“It makes it more readily accessible for our members; it gives us a good location for inviting the public out to use the telescope,” said Jon Dilliard, one of the society’s members. “It fits right in with our whole goal of promoting astronomy to the local people.

Hannahoe said the MLC makes a good location for an observatory, because the night skies are relatively dark and because viewing over a body of water reduces some of the distortion that comes from heat rising off the land.

The astronomical park will be a resource for the students who take part in the center’s summer learning camps. Hannahoe said about 320 kids have signed up for camps this year. An astronomy camp started on Sunday.

“For us, it’s really about getting kids excited about science, because in today’s day and age, it’s vitally important,” he said. “We’re really trying to build a pipeline in the STEM workforce.”

The MLC will also let members of the public rent out the telescopes for “star parties,” with staff guiding them through some of the sights that can be seen in the sky.

Hannahoe said they hope to introduce more people to this up-close view of space.

“I think anytime somebody looks through a telescope for the first time, they’re awestruck,” he said.

The astronomical park project is still growing. Hannahoe said Montana students will soon have remote access to a telescope at New Mexico Skies. The MLC is also planning to add an additional telescope at the Canyon Ferry site, possibly as soon as next year.

You can find more information about the MLC’s astronomy programs at their website .