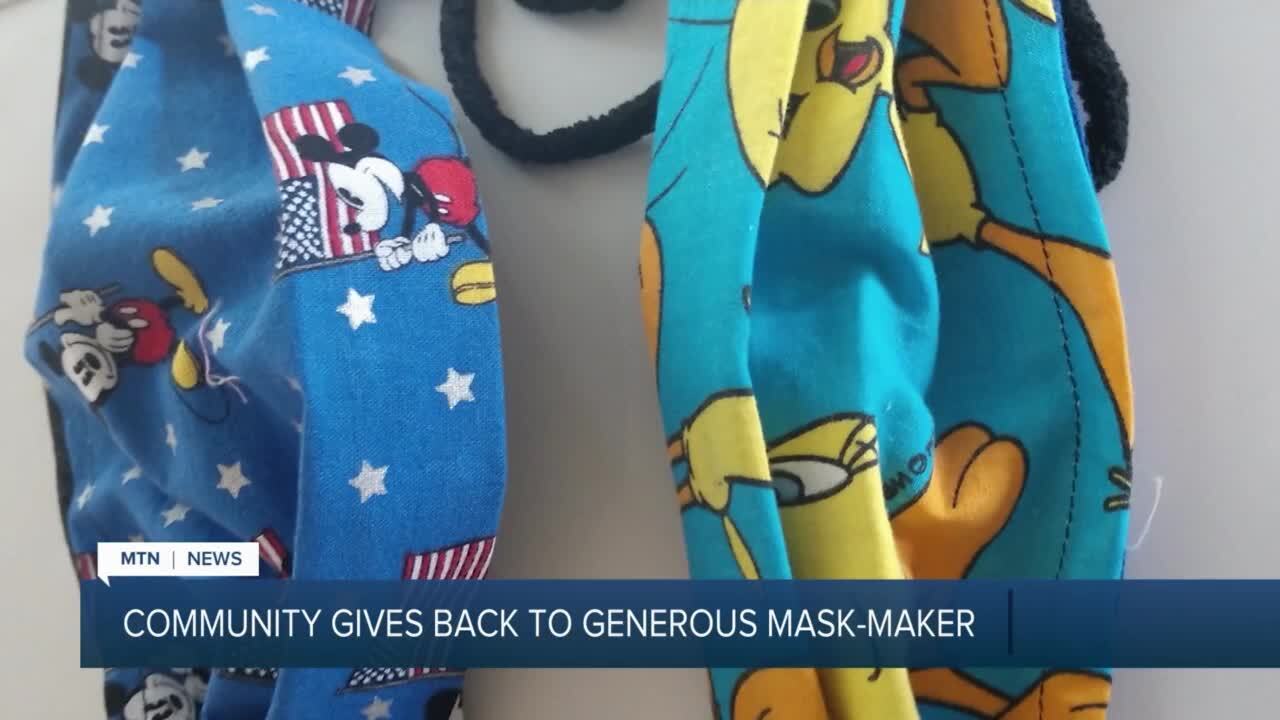 GREAT FALLS — Days after viewers learned of one generous mask-maker in need of a sewing machine, supporters statewide stepped up to help. Mask-maker Linda Brambley has spent the past four months making masks for those who can’t afford them, despite having lost her job a few months earlier.

When Brambley’s sewing machine stopped working - forcing her to make masks by hand - the community gave her a hand in return.

“I’ve had four different people offer me sewing machines. So I did take one - the first one that got a hold of me,” Brambley said.

“That was a “wow” moment. I was not expecting that. I wasn’t expecting anybody to help out so that was really exciting,” Brambley said, “I guess it’s that whole thing that good brings on good. and it’s just making everybody else you know wanna pitch in and help out. so that’s really great.”

Word of Brambley’s efforts made it across the country - piquing the interest of viewers in Missoula, Kalispell and New Mexico!

Brambley said she never thought her masks would make such a difference.

“I remember thinking if I make 500 masks, I'll stop after 500 because...I just didn’t think that that many people would want them. and then it just keeps going up higher and higher... and people keep donating fabric and stuff...as long as the donations are there, I’ll just keep on sewing,” Brambley said.

Thanks to her new machine, she can keep sewing for as long as the community needs her to.

Now that she can purchase a machine of her own, the passionate sewer will try to fix and sell her old sewing machine so someone else can keep the good going.

“If anybody needs one, I’ll get that one fixed and someone can have it!” Brambley said.