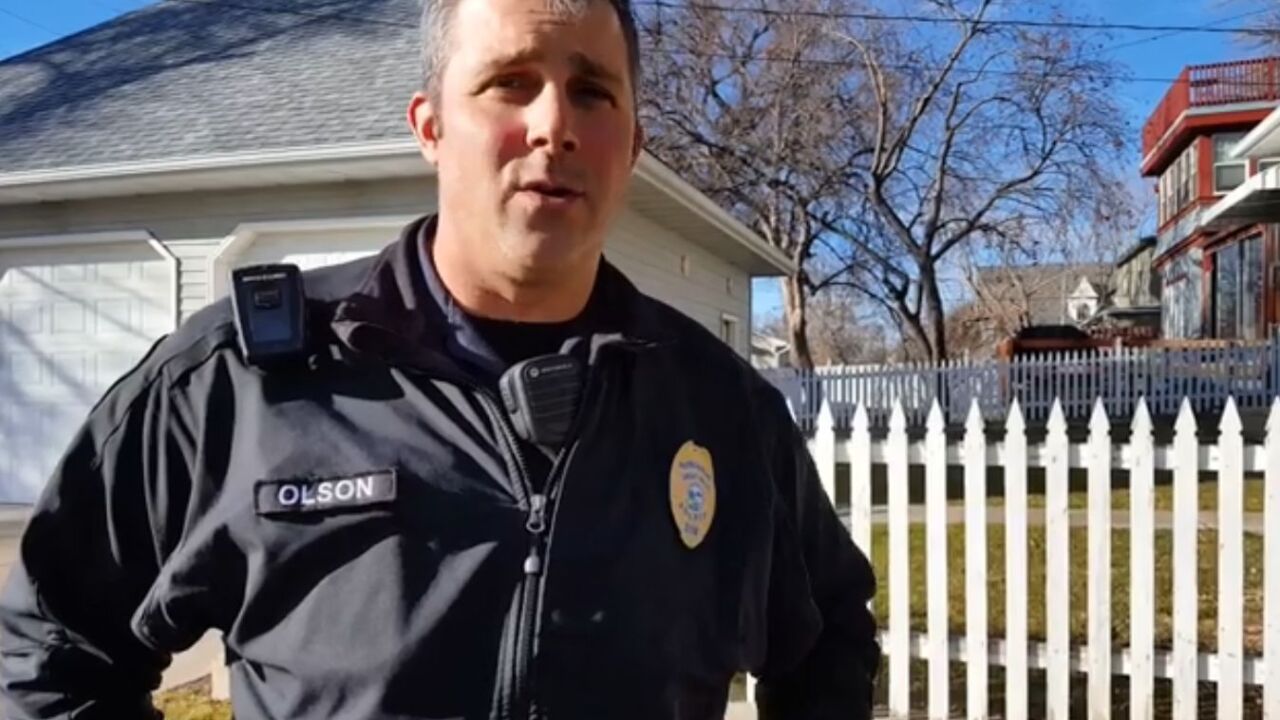 The GFPD said in a Facebook post that Officer Adam Olson was investigating a report of a stolen vehicle near 9th Street and 5th Avenue North. The suspect, who Officer Olson saw rummaging through the vehicle, began running away once he saw Olson, and Olson began chasing after him. Near the 200 block of 11th Street North, a community member pulled next to Olson and asked what was happening. All Olson could say was "help."

The GFPD said: "The male driver didn't hesitate and pulled his vehicle in front of the suspect then jumped out. By cutting off the escape route Olson and the good samaritan were able to each grab an arm and take the suspect to the ground. Another man then approached held down one of the suspect's legs while Olson applied handcuffs. Shortly after the suspect was secured other officers arrived."

The GFPD says that both community members left the scene before Olson could get their names. Officer Olson was really happy to get the help and would like to give each of these gentlemen a handshake and thank them in person. He said without their help it is likely the suspect, or himself, would have sustained injuries during the chase.

If you are one of these men, or if you know who they are, you're asked to contact the GFPD by sending a private message to their Facebook page, or calling 406.455.8408.