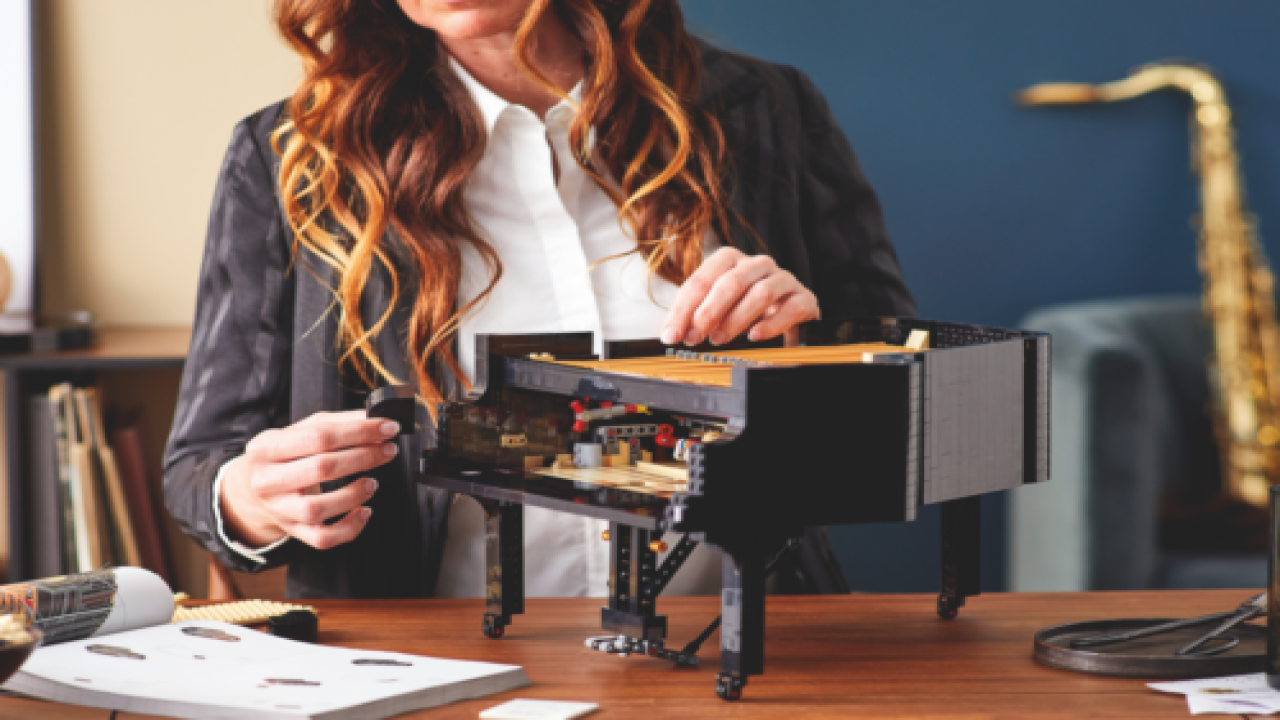 One of the things that makes Lego bricks so much fun is that there are sets for everyone, children and adults alike. Legos can appeal to those who just enjoy building or to people inside a particular fandom, who only buy sets that represent a favorite movie or TV show.

And now, there’s a brand new set made just for music lovers. It creates a beautiful Lego piano that actually plays music!

The new one-of-a-kind Lego Grand Piano Set has all the features of a real grand piano, including a removable 25-key keyboard, a top lid that can be propped up, authentic hammer action and a moving damper and pedal. Once built, the 3,662-piece set measures more than 8.5” high, 12” wide and 13.5” deep when closed.

Builders can try their hand at creating their own musical masterpiece by pairing the set with the Lego Powered Up app, which allows full control of the musical notes and piano keys. Those looking to sit back and relax can instead choose to select “auto-play”  and have the piano play one of four pre-set songs.

The set, released August 1, is designed for ages 18 and up and costs $349. It is out of stock at Lego’s online store right now, but may be found at local stores.

The piano is part of the Lego Ideas collection, which allows Lego fans to create their dream Lego sets for other fans to vote on. One of the largest Lego Ideas sets ever made and the only one with power functions, it was created by music teacher Donny Chen, who also composed the music sheet that accompanies the set.

“It’s truly an honor to see my idea brought to life by the talented people at The Lego Group and I hope it brings joy to all the other music fans who voted for the idea on the Lego Ideas platform,” Chen said in a press release.

Are you a music fan or do you know someone who would love to have the new Lego Grand Piano Set?