BILLINGS — As reports of child abuse continue to rise across the nation, a group of unlikely heroes in Billings is working to help kids heal.

Bikers Against Child Abuse is a worldwide organization of bikers, founded by a licensed clinical social worker, which includes a Yellowstone River Chapter in Billings.

After his interview, Sugar, the chapter vice president, hopped on his bike with a cigarette between his teeth and revved his engine.

He didn’t get his biker name, Sugar, because he’s sweet. “I got hit with a sugar beet while I was on my bike,” said Sugar.

Sugar, along with Elvis, Sippy, Spice, Shaggy and Twister all ride for BACA. 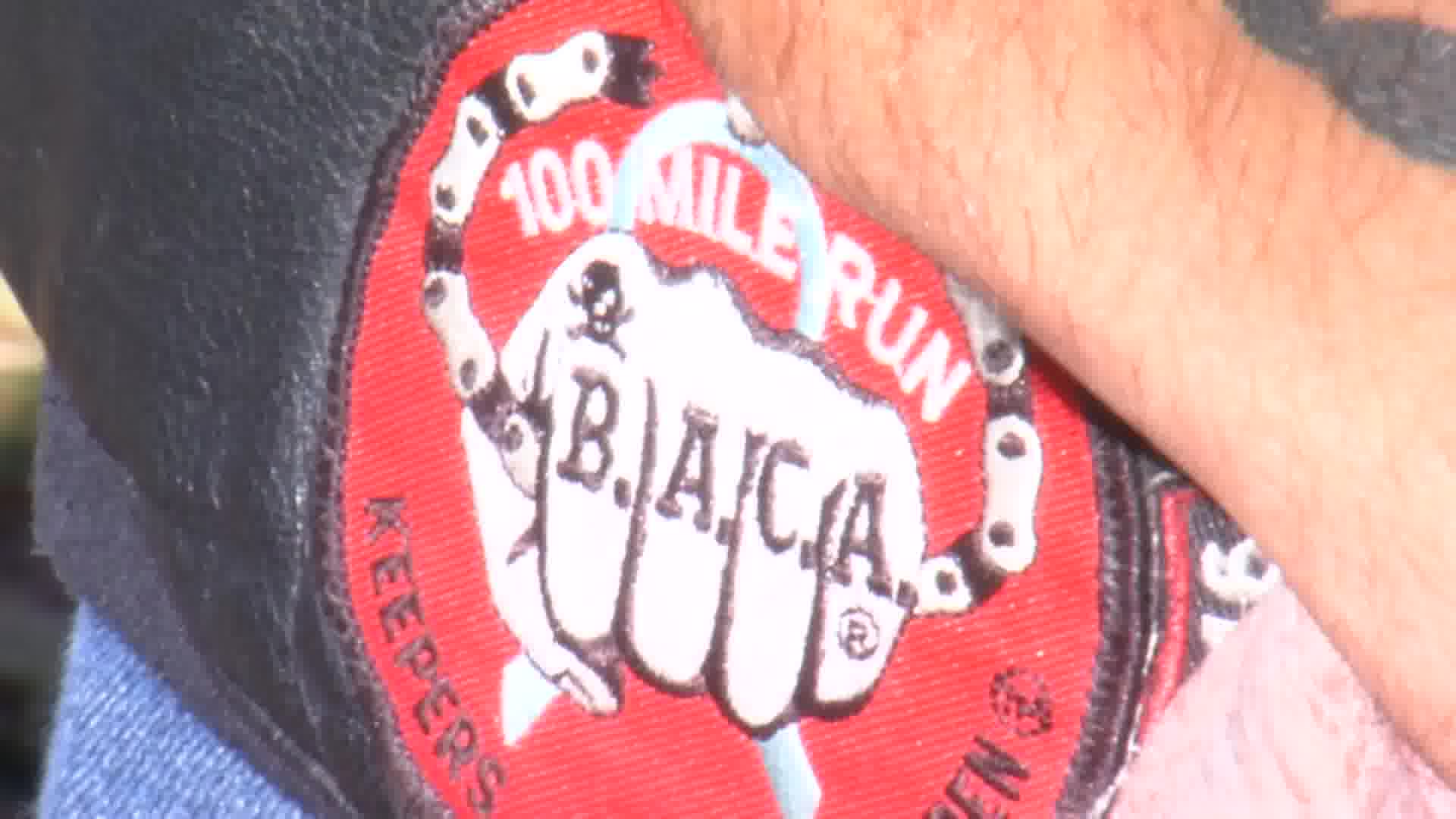 “Bikers is our first word. Yes, we are bikers and I think that’s why it works for the children," said Sippy. "We are intimidating and they get that sense of comfort. They know that no one is going to mess with them anymore because their new family is bigger and badder than their perp is.”

They may look tough, but when it comes to kids they have big hearts.

“All their rights were taken away from ‘em. They weren’t allowed to be a kid anymore, and we step in and let them be that kid,” said Elvis, the chapter’s president.

BACA empowers young victims by taking them for a group ride, letting them choose a biker name and giving them a personalized vest.

“They go from them being scared, wanting nothing to do with you, you’re just another adult that’s going to let them down to having them come running outside and so excited,” said Sippy. "It’s great to watch them bloom."

BACA members undergo months of specialized training so they can also give kids the confidence to face their abusers in the courtroom.

Sugar said he tunes out the heart-wrenching testimony and focuses on the child. "I try to send all my positive energy to the child so they can do what they have to do on the stand," said Sugar. "I’m strictly there for them and nothing else.”

It’s a sense of security and support that one Billings mother said may have saved her child’s life. 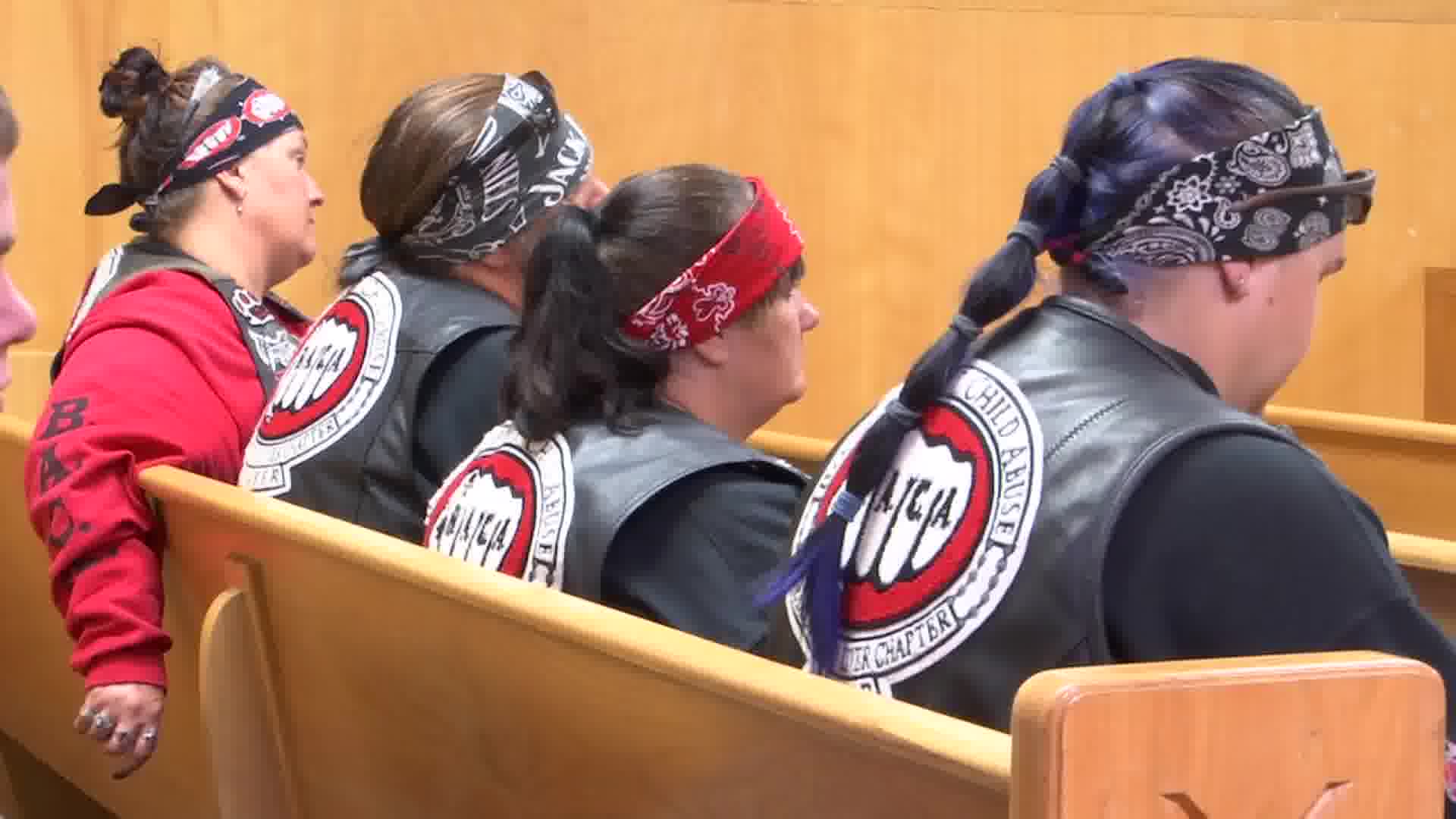 "My daughter was raped by somebody we cared about and trusted," said the woman, who asked to remain anonymous. "I truly believe that if it weren’t for BACA, I wouldn’t have my little girl.”

She says her daughter began cutting herself in an effort to cope. But after she found a BACA flier and reached out, everything changed.

“My girls had nightmares for a long time. They don’t have nightmares no more," she said. "They learn that it’s OK to be broken, and there are people out there that do care and won’t hurt them.”

And that moment, when a child is no longer afraid and the wounds have begun to heal, is the reason BACA rides.

"We call it the payday, when you see the child that’s not scared anymore, not crying, sleeping though the night. And that’s what makes us do what we do everyday,” said Sippy.

“It’s awesome, it’s cloud nine," said Sugar. "You leave the courtroom and your bikes not even on the ground, you’re just floating in air on your way home. It’s the most amazing feeling in the world.”

BACA members are not paid for their work, it’s all volunteer.

Here is more information about BACA from its website:

B.A.C.A. International, Inc. (B.A.C.A.) is organized with a central contact person to receive calls from referring agencies and individuals. A recognized, authorized agency with which the child has had contact determines that the child is still frightened by his or her environment. The agency representative contacts B.A.C.A., or refers the individual to contact B.A.C.A. and the name and address of the child is given to our B.A.C.A./Child Liaison. The Liaison verifies that the case has been reported and the authorities have been contacted, and the case in being processed within the system. The Liaison contacts the family and an initial ride is organized to meet the child at their home or in some other location where the child will feel comfortable. The B.A.C.A. chapter rides to meet the child and he/she is given a vest with a B.A.C.A. patch sewn on the back. The child is free to wear the vest or not, and we support their decision. The child is also given bumper stickers, and other gifts that are generally donated by the public. These initial visits generally last about a half an hour.

Following this initial contact, the child is given the name and number of two B.A.C.A. Members residing geographically closest to them, who then become the child’s primary contacts. Prior to becoming the primary contacts for the child, the bikers are cleared for participation by passing an extensive background check, have ridden with the Chapter for at least a year, and have received special instructions from the Licensed Mental Health Professional. Anytime the child feels scared and feels the need for the presence of his new B.A.C.A. family, the child may call upon these bikers to go to the child’s house and provide the necessary reassurance to feel safe and protected. B.A.C.A. Members and supporters also support the children by: providing escorts for them if they feel scared in their neighborhoods; riding by their homes on a regular basis; supporting the children at court and parole hearings; attending their interviews, and; staying with the children if they are alone and frightened. The B.A.C.A. Members never go to the child’s house alone and never without the knowledge or permission of the parents. Our Mission is not to be permanently engaged as the childs power. Our Mission is to help the children and their families learn how powerful they can be. Our presence will be available as long as the child needs us. B.A.C.A. also holds other functions for the children such as Bar-B-Ques, and parties.