Sean Heavey, a professional photographer in Glasgow, says that Netflix used his copyrighted photo in one of their shows.

Heavey took his photo, titled "The Mothership," in Glasgow in July 2010. The photo shows a supercell thunderstorm. It has since been featured in publications, such as Discovery Magazine, the New York Post, USA Today, National Geographic, and many others. It was even featured as a NASA "photo of the day" last year.

Heavey said the Netflix series "Beyond Stranger Things" – in Volume 1, Episode 3 – used his photo to create a concept art piece.

“It’s really annoying and frustrating. I mean, I spend thousands of dollars a year on gas to drive thousands of miles,” said Heavey. “I spent years learning the craft of photography and spent lots of money on equipment gears in order to take pictures.”

Heavey’s attorney contacted Netflix, and their in-house counsel Jarin Jackson responded by saying a cloud formation cannot be copyrighted. Here is the full text of the Netflix response:

I am in-house counsel for Netflix and write in response to your recent letter addressed both to Netflix and 21 Laps Entertainment regarding the Netflix series Beyond StrangerThings (the “Series”). Netflix has reviewed your letter, and for the reasons set forth below, Netflix is confident that the concept art (the “Artwork”) used in the Series does not give rise to any claim by your client, Sean R. Heavey.

Although your letter fails to articulate any specific legal basis for any claim by Mr. Heavey, to the extent Mr. Heavey purports to assert a claim for copyright infringement, that assertion has no support in law. The only similarity that exists between the Artwork and Mr. Heavey’s photograph, The Mothership (the “Photo”), is the use of similar cloud formations. Copyright law, however, does not protect objects as they appear in nature. Satava v. Lowry , 323 F.3d 805, 812 (9th Cir. 2003). No artist can claim a monopoly over depicting a realworld public domain object such as a cloud formation.

Mr. Heavey’s original contributions to the Photo such as the lighting; the angle of the shot; the choice of camera film, lenses, and filters; and the timing of the shot; enjoy only “thin copyright,” which protects against only virtually identical copying. See EtsHokin v.Skyy Spirits, Inc. , 323 F.3d 763, 766 (2003); Apple Computer Corp. v. Microsoft Corp.,35 F.3d 1435, 1444 (9th Cir. 1994) (“[w]hen the range of protectable expression is narrow, the appropriate standard for illicit copying is virtual identity.”).

Here, the Artwork is not virtually identical to the Photo; it is far from it. The Artwork depicts a small child looking at a storm over the fictional city of Hawkins in the dark, macabre “upside down.” Indeed, when you subtract the unprotectable cloud formation, no further imilarities exist. Accordingly, there can be no infringement. We trust that this allays your client’s concerns. This letter is without prejudice to Netflix’s rights and remedies, which are reserved.

“They just blow me off saying, ‘Nope, we didn’t do anything wrong,’” said Heavey. “I have to stand up and say, ‘You know what, it’s my image. I don’t care how you spin it, I don’t care what you say about it. At the end of the day, it’s my photograph that you used in your production.’”

The issue is often on his mind and he is concerned about the outcome.

“What’s Netflix going to respond and legally how does that put me into jeopardy,” said Heavey. “I’ve lost some sleep over it and so I got to stand up and defend myself.”

Jackson refused to comment and we have not heard back from Netflix’s PR team.

Heavey’s attorney, Jason Holden, released this statement: “On behalf of Mr. Heavey, we were disappointed with Netflix’s response.  Mr. Heavey is a talented Montana artist, and his work encompasses the values and ideals of Montana.  We intend to pursue further communications with Netflix and are confident that once we provide additional authority and communications we will be able to have a dialogue that acknowledges the value and integrity of Mr. Heavey’s work.“ 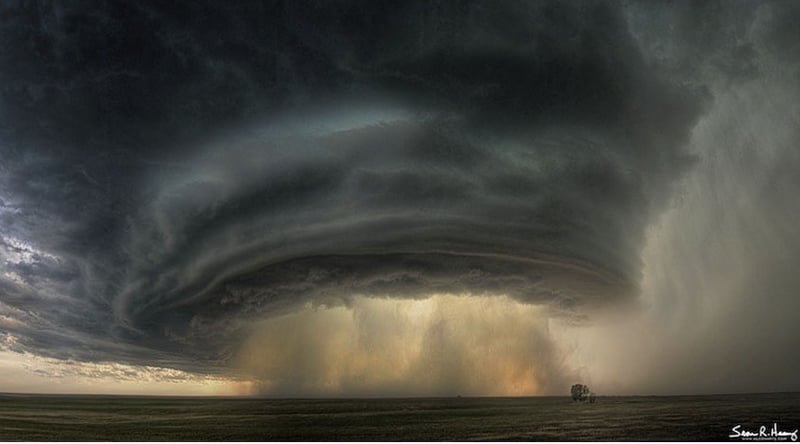