The bicyclist who who was involved in a collision with a vehicle in Great Falls remains hospitalized and is said to be in stable condition, according to the Great Falls Police Department.

The incident happened at about 10:25 p.m. on Friday at the intersection of 6th Street NW and the Northwest Bypass.

The GFPD says that it was "low-speed collision," and has not yet determined if either person will be cited.

The GFPD says the Chevy Equinox was driven by an adult, and the bicyclist is an adult male.

No other details have been released at this point.

(1st Report, Friday, 11:12 p.m.) Emergency crews are at the scene of what is reported to be a collision between a bicyclist and a car in Great Falls.

It happened just after 10:30 p.m. on Friday near the intersection of Northwest Bypass and 6th Street NW.

Several police officers and at least one ambulance are at the scene.

We have received the following messages on our Facebook page:

The Great Falls Police Department says that one person was taken to a hospital.

There is no word yet on the condition of any of the people involved, nor the cause.

Authorities have not released the names of any of the people involved at this point.

Police are directing traffic through the area. 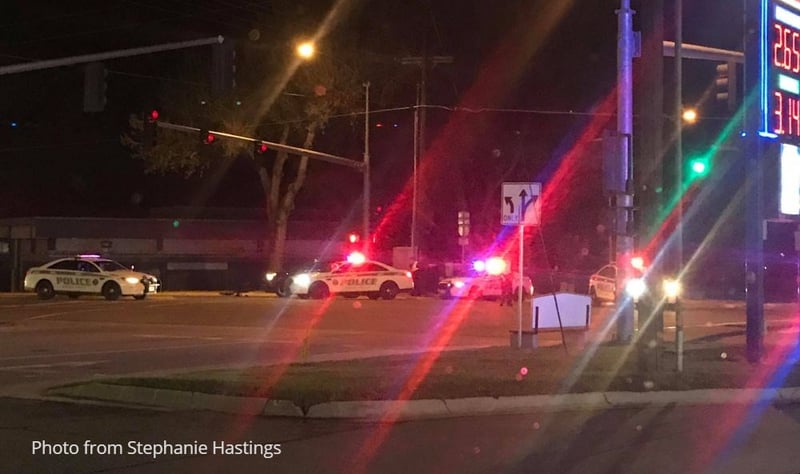