I-15 still closed near Jefferson City

Interstate-15 is still shut down both north and southbound near mile marker 175, just south of Jefferson City, due to a culvert washout under the interstate.

Crews with the Montana Department of Transportation have been ushering traffic coming from the-off ramp of exit 176, telling those who don’t live in the area to turn around.

The issue is being handled by MDT, but the problem Jefferson County Sheriff’s Department is dealing with is detouring and deterring traffic.

Drivers in semis and other vehicles are traveling through back roads, causing problems for the locals and damage to the muddy roads.

Jefferson County Sheriff Craig Doolittle said these dirt roads are mud-covered and slick, and not built for heavy traffic.

"We really do have to get emergency services over these roads, in the way of law enforcement, highway patrol, ambulance services, fire departments, so that’s why we are trying to keep them in good enough shape to get those people across and still allow some movement for the locals so they can get to their homes, DOT is working really hard to get this interstate opened up," said Doolittle.

Please slow down in this area while crews continue to work to repair the northbound lanes. Travelers heading North will still need to take highway 287 from Three Forks or highway 12 from Garrison. 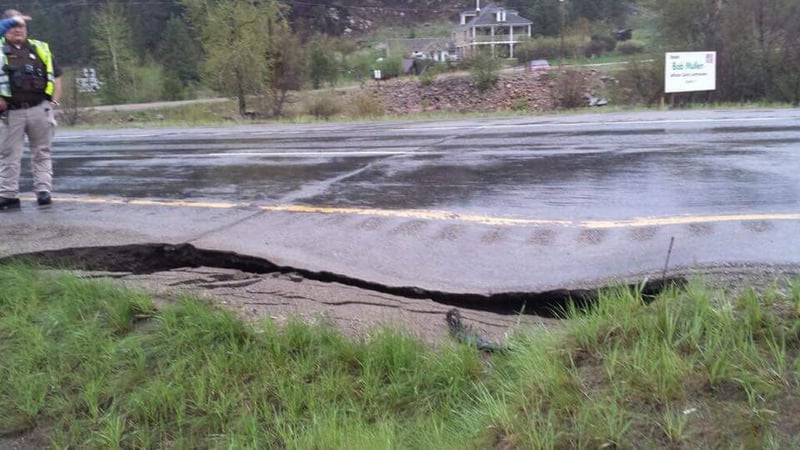