Losing a child can be one of the most difficult things for a parent to endure, but one Great Falls family has found some comfort knowing their daughter’s legacy lives on.

On Saturday, the carousel at the rest area in Shelby hosted its grand opening, and while for many, it was a time of entertainment and fun, one family was honored in a special way.

“I know it’s hard to understand that, until it’s happen to you, but you can be happy and sad, all at the same time, and that’s how it is today,” said Lolly Hader.

Just less than two years ago, Hader and her husband lost their youngest daughter, Daisy, who was just eight years old.

“Daisy has like a reversed bucket list, so she was in the hospital for nine months, in Seattle’s Children, and towards the end, she made a list of things she wanted to do when she got out of the hospital,” said Hader. “Riding a carousel was one of the things on her list.”

But she never got the chance to do that.

Harry Benjamin, however, decided to honor Daisy’s life with something special on the carousel.

“I truly think that, you know, Daisy probably solicited some help up above and said, ‘I think this would be pretty cool, we should get these two together,’” said Hader.

She heard of Benjamin’s plans to build a carousel, and was trying to find the courage to ask him a favor – one small daisy painted on a horse to honor her daughter.

“I just quietly asked him that question and he said, ‘Yeah, we can do that.’”

Benjamin, however, went a bit beyond that. He surprised the family by dedicating an entire horse to her with her name painted on the side, allowing her legacy to live on.

“It’s one way that she’ll get her wish, even though she’s not here, she’s still here.”

And a way to help fill a missing piece.

“She was such a character. When you lose that, you have such a big hole in your life to fill and it’s hard to find moments of true joy, but this is one of them. “

Benjamin got the idea for the carousel when he was asked to repair one at the Marias Fair. From that point, he wanted to have a permanent one installed in Shelby to give the community and visitors a fun and entertaining place to hang out.

After some time, Benjamin restored the 1936 Allan Herschell carousel. 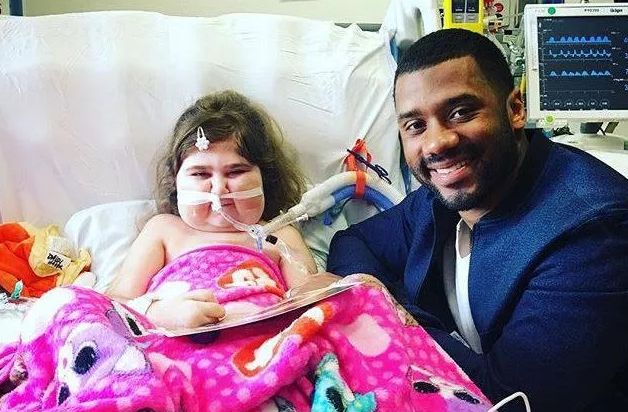