The stories of those who are missing and murdered do not stop at indigenous women.

There are also many men who are missing and who have been murdered on tribal lands across the nation.

Matthew Grant’s story began only a year and a half ago. The 21-year-old was reported missing in Browning on December 15, 2016 during a winter storm.

His body was found in an alley in the Glacier Homes community north of Browning on December 31, 2016.

"When Ashley first went missing, you could almost feel the shock through Montana’s native communities," Walker Lyons said. "With Ashley’s disappearance coupled with my cousin Matthew’s death, we need something. We need someone to do something."

She said she now feels uneasy about visiting Browning alone, something she never felt before.

Although Walker Lyons was not in Browning when Matthew went missing, she saw family members posting on Fac 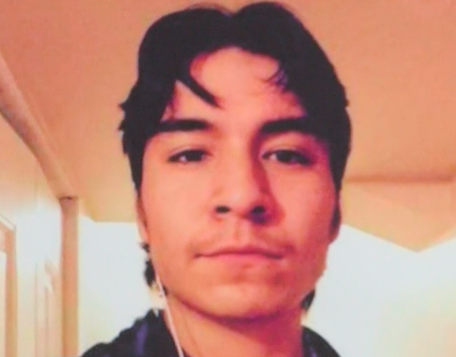 ebook asking if anyone had seen him.

"The sense of helplessness, I think from being far away, it was paralyzing," she said. "That is a kind of terror we cannot fathom unless you have been in those shoes."

Matthew had moved from Canada to Montana just a few days before he went missing and was staying with family in Browning.

Family members said he could bring humor to any situation and cheer anyone up.

Walker Lyons said Matthew learned not long before he died that he was going to be a father.

"His son, his name is Matthew Jr., he looks just like him," she said. "He never got to meet his dad."

According to Walker Lyons, reservations across the country are dealing with a lack of response.

"We are not going to be taken seriously," she said. "I know that my family had mentioned that they would be provided information. They felt like that information was not followed through on."

Blackfeet Law Enforcement, the Bureau of Indian Affairs, and the Federal Bureau of Investigation all have jurisdiction on tribals lands such as the Blackfeet Reservation.

Walker Lyons said they felt like they were at the mercy of the federal government while still holding on to hope that Matthew would come home safe.

"He was missing for two weeks before his body was dumped in an alleyway. In those two weeks, there was Christmas and there was a lot of pain and so my family is still dealing with that."

Walker Lyons is now using her position as an advocate to help her family get justice for Matthew.

"It feels like a wound that is wide open," she said. "There is not scar tissue over that wound. It is wide and it is gushing."

Walker Lyons added that a lot needs to change on tribal lands so the families of both Matthew and Ashley get the answers they need.

About one year after Matthew’s body was found, the FBI announced an award of up to $10,000 for anyone with information leading to an arrest in the case.