Standoff with police results in criminal charges for Hartman and Sangrey

Court documents state that on Friday, August 3rd, police contacted Hartman at her residence while looking for Sangrey; there was a warrant for Sangrey’s arrest. Hartman was told that if she assisted Sangrey in any way in eluding police, she could be charged with obstructing justice.

On Monday, August 6th, officers received information that Hartman and Sangrey were together at her residence. Sangrey tried to leave in a Dodge pickup truck, but it wouldn’t start, he then got into another vehicle with Hartman and another woman. Police later saw an "unknown person" arrived at the residence and jump-started the pickup truck.

A short time later, a police officer later saw the pickup truck in the parking lot at Target – with Sangrey, Hartman, and another woman inside – and the officer attempted a traffic stop, but the driver did not stop and managed to elude police.

On Wednesday, August 7th, officers learned that Sangrey was hiding in a home on the 1800 block of 11th Avenue South, and that Hartman was inside with him.

Several police officers – including the High-Risk Unit – responded to the area and set up a perimeter around the house. Court documents say that Sangrey tried to run out the back door, but ran back inside when he saw police officers. Sangrey was ordered to come out of the house and advised that there was a warrant for his arrest. At one point, according to court documents, Sangrey told police that he was "going to die today."

After less than 90 minutes, Hartman came out of the home and was taken into custody, and Sangrey was arrested a short time later.

There are no references to any convictions or criminal history for Hartman.

Prosecutors requested that bond for Hartman and Sangrey be set at $10,000 each. 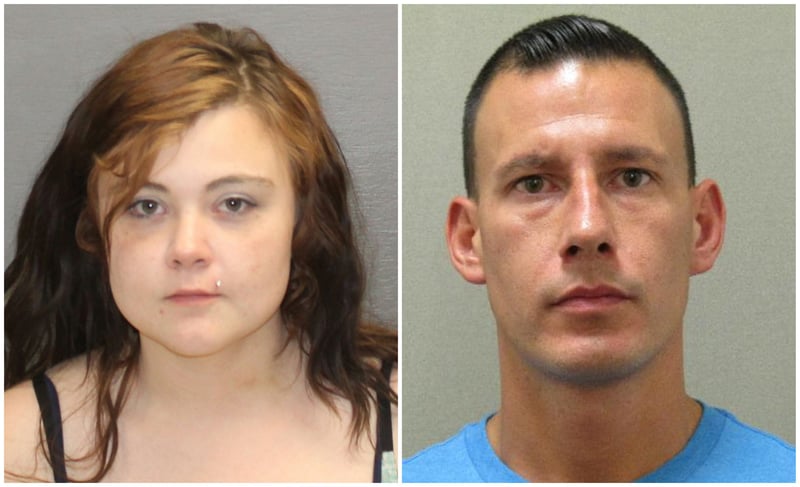