Holly Lynn Lasher has been charged with attempted deliberate homicide in connection with a house fire in Great Falls in May.

Lasher was charged in May with arson and assault with a weapon; the new charge was filed several weeks later based on new evidence.

Court documents state that Lasher had been staying at the victim’s home as her caretaker.

When firefighters arrived, they found that the burners for the stove were turned on, and on top of the stove was a wooden knife block that was about to catch fire.

Investigators found several areas in bedroom with an "unknown substance," along with some bedding and a broken perfume bottle. Forensic testing determined that an "oxygenated product containing Ethanol was identified on the bedding and broken glass from the perfume bottle…the Ethanol component makes the liquid ignitable," according to the new court documents.

(MAY 31, 2018) Holly Lynn Lasher has been charged with arson and assault with a weapon after a fire in Great Falls on Wednesday.

Emergency personnel responded to the 1500 block of 3rd Avenue Northwest for a report of smoke coming from a home. Several fire trucks, police cars, and at least one ambulance were dispatched. Great Falls Fire Rescue reported they were making an interior attack on the fire and had it controlled a short time later. 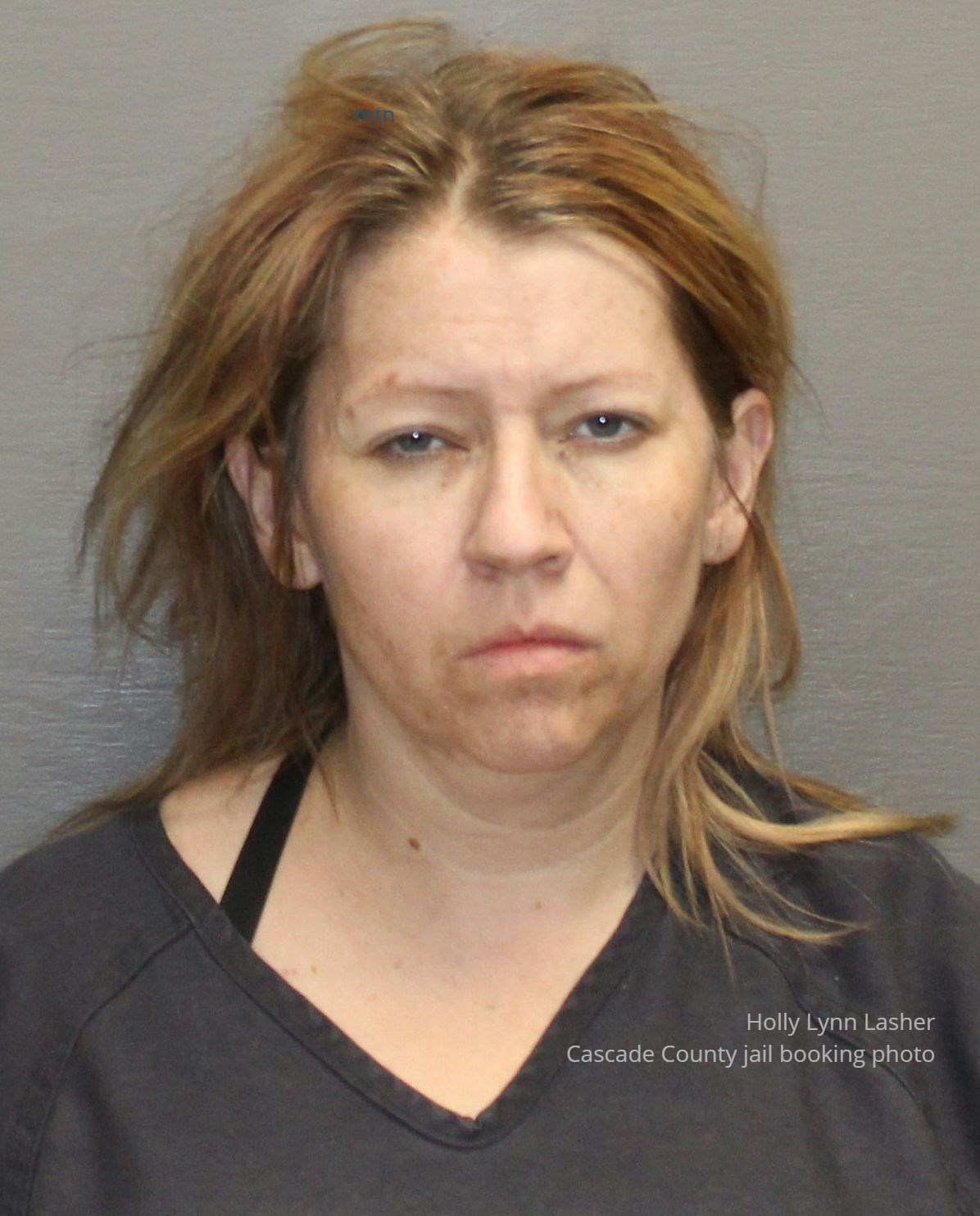 Witnesses told investigators that Lasher and the victim – identified in court documents as "Jane Doe" – lived in the home, and said that Lasher and Doe had been in an argument before the fire broke out.

Doe was pulled from the home by a neighbor, and court documents state that Doe had "obvious injuries from a physical assault."

Doe was taken to a hospital for treatment of her injuries, and told detectives that Lasher had assaulted her several times, and at one point held a knife to her neck. Doe said that Lasher went and "did something" by the bathroom and started the fire before leaving the home with their dogs.

According to court documents, Doe was home recovering from a recent debilitating injury, and tried to crawl out of the home.

Court documents state that Lasher has several convictions for theft and soliciting or engaging in prostitution in Nevada.

Prosecutors requested that bond for Lasher be set at $100,000, and said that additional charges may be filed.

There is no word yet on the extent of damage to the home, nor the victim’s current medical condition.