The U.S. government is blaming an Idaho family after a federal worker placed an M-44 cyanide trap near the family’s home that allegedly injured a teen. Mark and Theresa Mansfield are suing the government for more than $150,000. They say the trap near their home injured their son, Canyon, and killed their dog.

"Every parent wants their child to be able to go outside behind their house, walk their dog… without feeling like they’re in danger," Theresa Mansfield said.

Mansfield said her son still suffers from headaches more than a year after the incident, reports CBS News correspondent Anna Werner. Canyon was playing with his dog, Casey, behind their home in March 2017 when Canyon saw what he described as a sprinkler-like pipe sticking out of the ground. 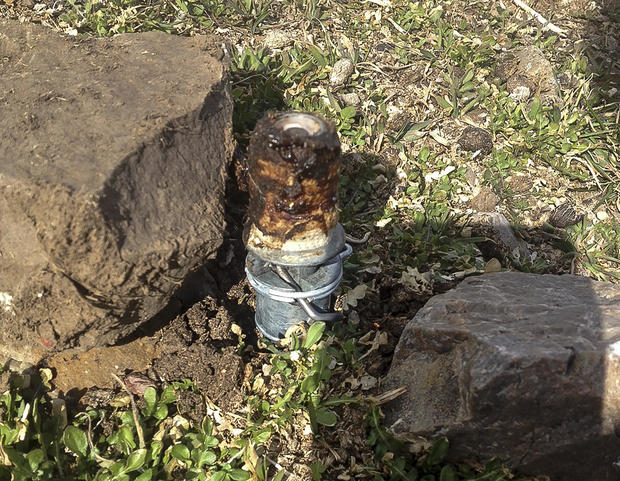 "So I bend down and I touch it and I hear a pop and then a siss and then that’s the gas coming up and like it was orange powder," Canyon told the Idaho State Journal days later.

Canyon said he knew the situation was dangerous, and he tried to call Casey to him, but the dog wasn’t getting up.

"I saw this red froth coming from his mouth and like his eyes turning glassy and it was like having a seizure," Canyon said.

According to the family, no one with the government told them the poisonous device was near their backyard.

The device was an M-44 cyanide trap designed to protect livestock from predators like coyotes. According court documents, the device was about 300 yards behind the Mansfield’s property on federally managed land. An agriculture department worker acknowledged placing the cyanide trap.

In court documents filed on Monday, the government rejected the Mansfield’s claims and asked for their lawsuit to be dismissed, claiming the family’s negligence led to Casey’s death and Canyon’s injuries. But Mansfield claims the state of Idaho found federal wildlife services at fault.

"I find it crazy that the state of Idaho fined wildlife services $6,000 for negligence with our case, but yet the U.S. government is saying it’s our fault," Mansfield said.

We reached out to the Justice Department, the U.S. Bureau of Land Management, and the Department of Agriculture. They all declined to comment.