One was being held on charges of first-degree attempted murder 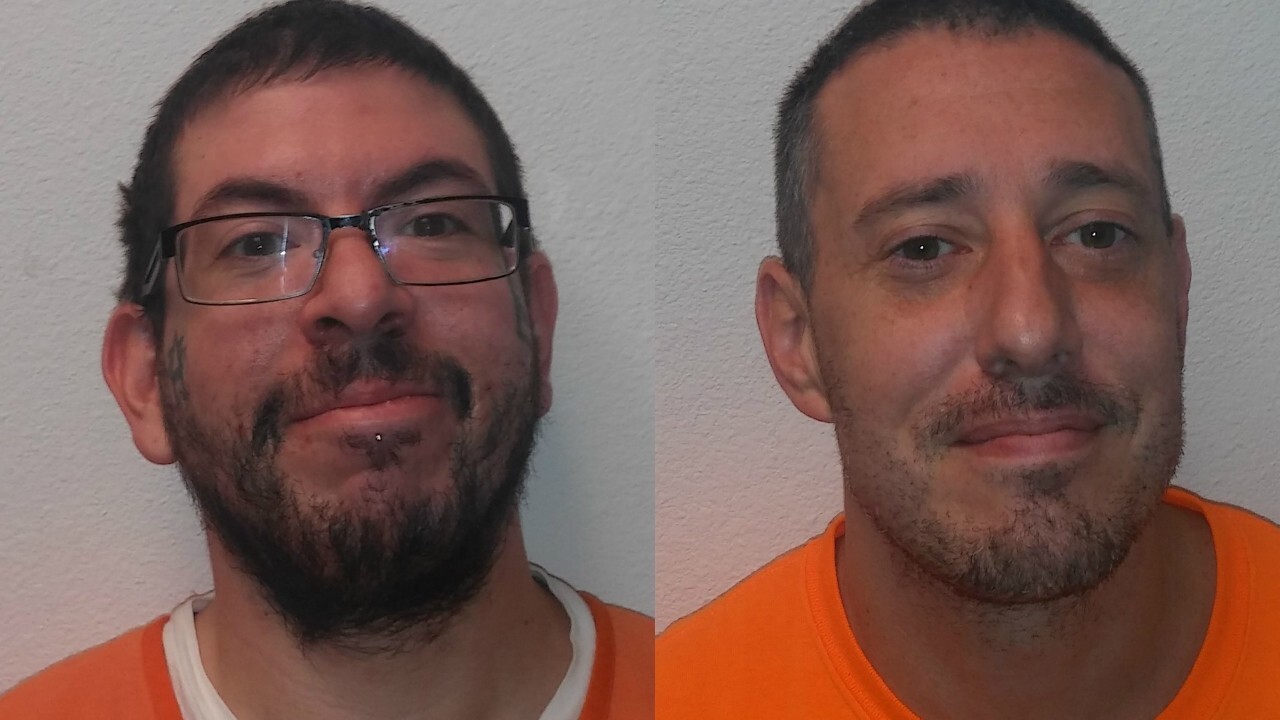 Authorities say 39-year-old Jerry Williams and 30-year-old Bryan Webb escaped from custody when they overpowered the detention deputy and locked her in a cell.

The two were able to take the jail key and radio from the deputy and escaped the building. Williams and Webb also took the keys to a minivan.

Police say the vehicle the pair stole is a blue 2017 Toyota Sienna with the license plate AHO-854 with "Wet Mountain Rotary" stickers on both sides and the rear of the vehicle. There is also minor damage to the front end of the minivan. Williams and Webb are wearing orange pants and shirts and they also have a black Custer County Sheriff's Office jacket.

They are considered dangerous.

Williams was being held on charges of first-degree attempted murder, first-degree assault, illegal possession of a handgun and domestic violence out of Otero County. He is 5'7" tall, 150 pounds with black hair and brown eyes.

Webb was being held on drug charges, introduction of contraband into a detention facility and assault on a peace officer out of Huerfano County. He is 6'3", 250 pounds with black hair and hazel eyes. He is clean-shaven as of Sunday.

If you see them or have any information about their whereabouts call the communications center at 719-276-5555 extension #8.