Suspect in the murder of Cassandra Harris charged with threatening witnesses

(MISSOULA) Joseph Parizeau, the man accused of killing 24-year-old Cassandra Harris of Ronan, is facing new charges, including accusations that he’s been threatening witnesses in the case.

Parizeau is accused of killing Harris back in June. Prosecutors in Lake County say he originally told police that Harris died while trying to get back into his vehicle while it was moving.

He will now face three counts of tampering with a witness.But prosecutors accuse him of threatening the three other people who were there the night Harris died, saying if they didn’t repeat his story about how she was killed, bad things would happen to them.

(JULY 6, 2018) New details have been released about the death of Cassandra Harris that happened near McDonald Lake on June 24th.

According to court documents Harris, 24 years old, was on her way to a party with the four suspected assailants.

When the group of five arrived at the party too early, Harris and one of the other people in the car, Joe Parizeau of Ronan, 22, got out of the vehicle.

One of those facing charges in the incident — Donovan Sherwood of Arlee, 18, says Parizeau came back to the truck yelling “let’s ditch her” and “let’s leave her.”

The group started to drive off in the truck and Harris began trying to re-enter the vehicle while it was moving between 10 and 15 mph.

Court documents state that while Harris was trying to get back into the vehicle, Parizeau pushed her out.

Harris then fell onto the road with enough force to fracture her skull. She was taken to Kalispell Regional Medical Center where she was declared brain dead and later taken off life support.

Parizeau is being charged with negligent homicide while Sherwood is facing obstructing justice charges.

Two others involved in the incident — Julia Vaile of Browning, 18, and Gale Hendrickx of Pablo, 19, are being charged with negligent homicide, but affidavits in their cases have not yet been made available.

(JUNE 25, 2018) Three people have been charged with negligent homicide in Lake County.

The following people are listed on the Lake County jail roster as having been arrested on Sunday: 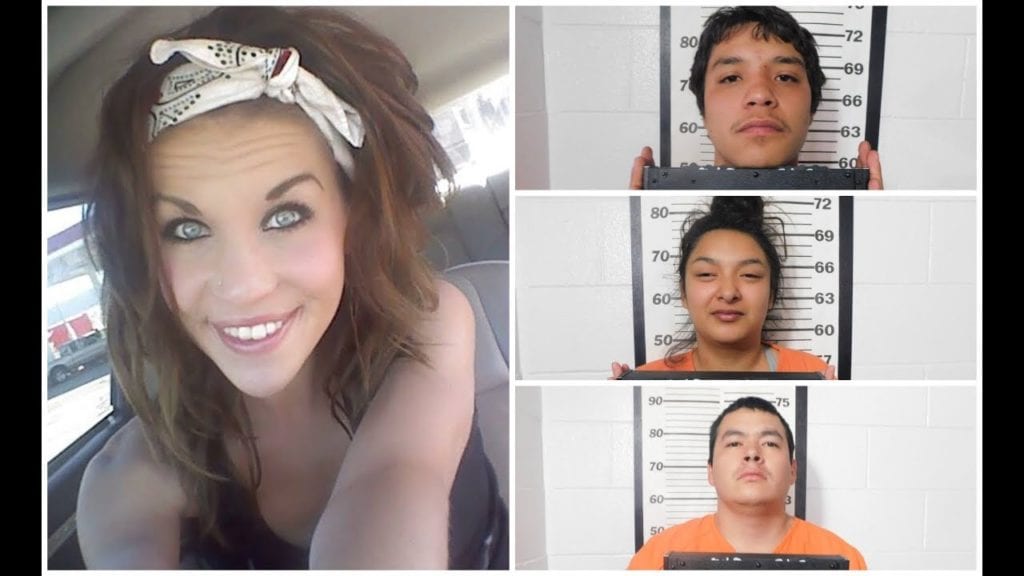