BILLINGS – A 29-year-old Lame Deer man was sentenced Friday to 73 months in prison and three years of supervised release for fatally stabbing a person during an argument on the Northern Cheyenne Indian Reservation in 2017, said U.S. Attorney Kurt Alme. 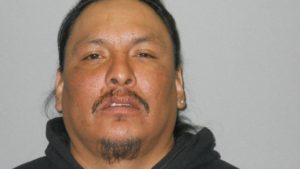 On March 4, 2017, Whiteman was at a Lame Deer residence drinking with others when he got into an argument with his girlfriend. The victim told him to stop, but Whiteman continued the fight, which then was broken up by another person.

The victim went into the kitchen and Whiteman grabbed a knife. The fight continued and Whiteman reached around another person who was between the two and stabbed the victim once in the chest. He left the residence and the victim later died.