Flegel charged with beating a woman with a golf club (updated) 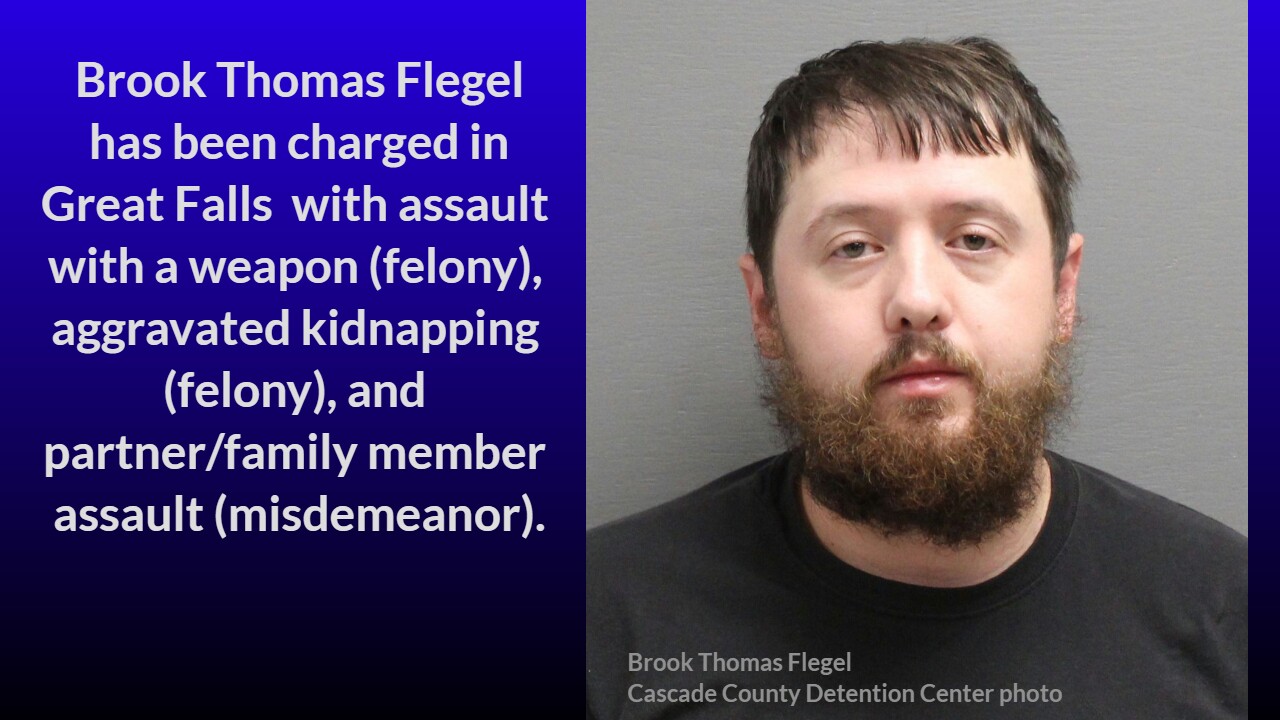 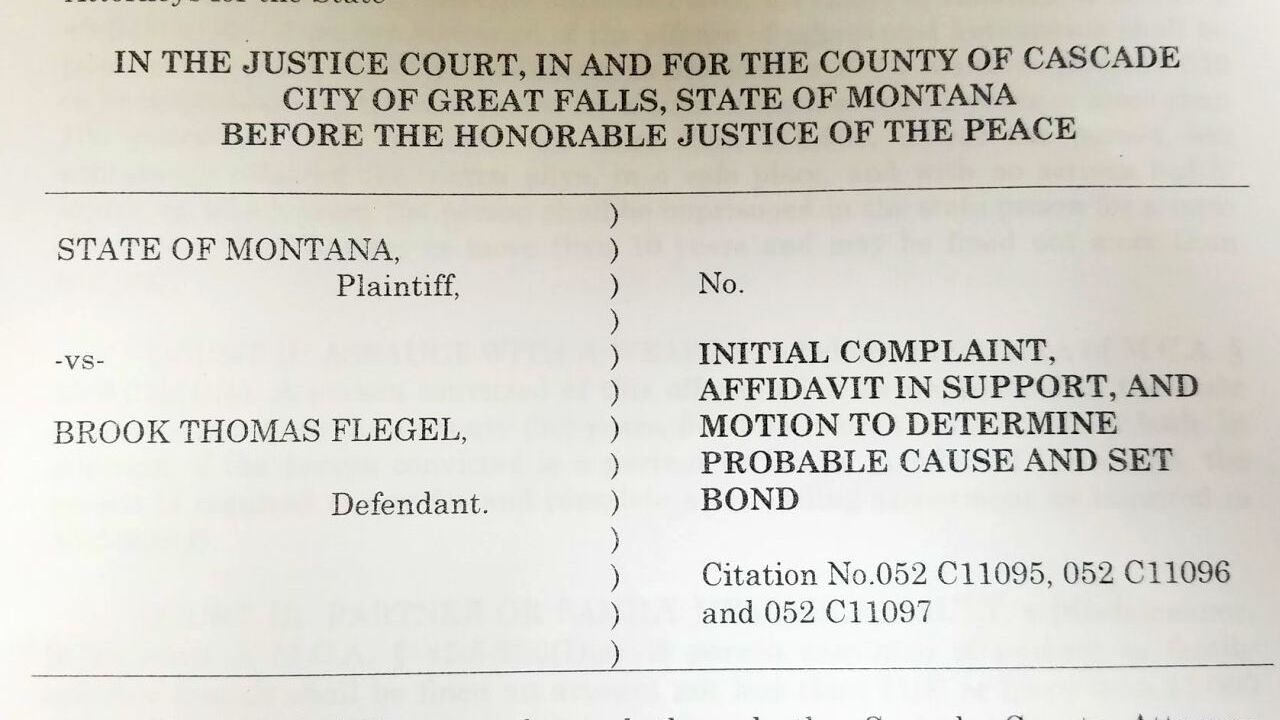 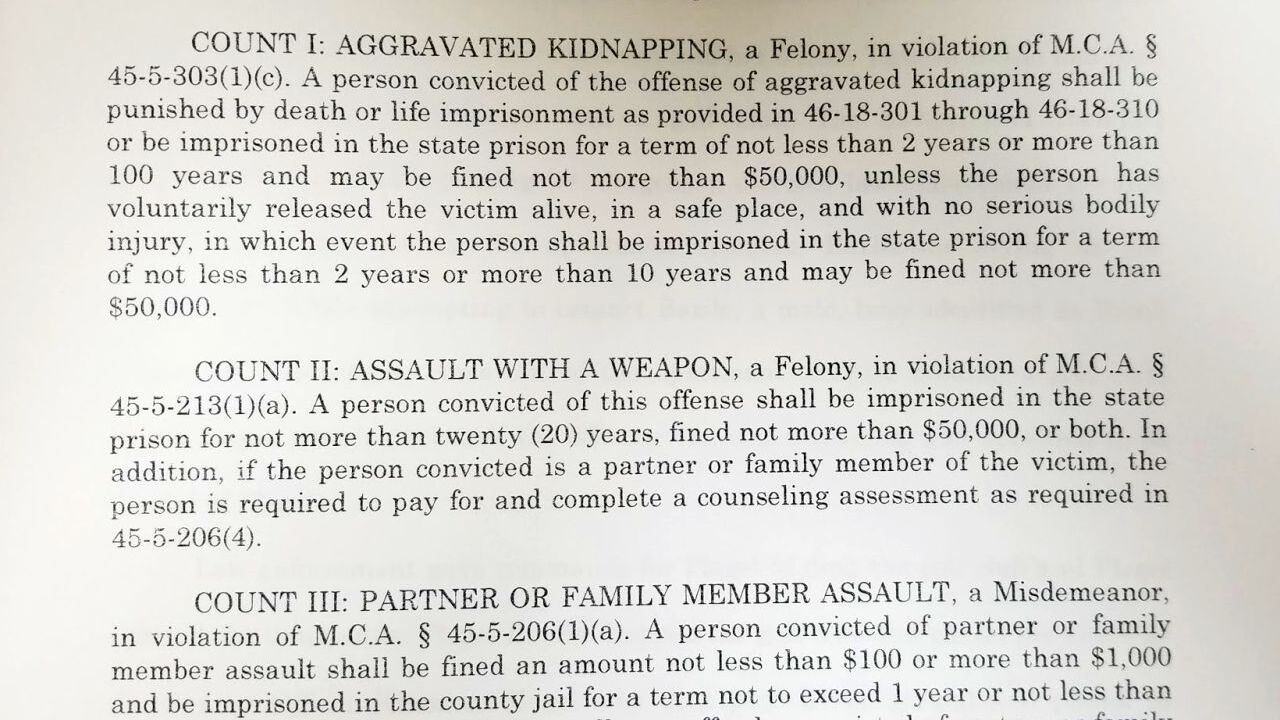 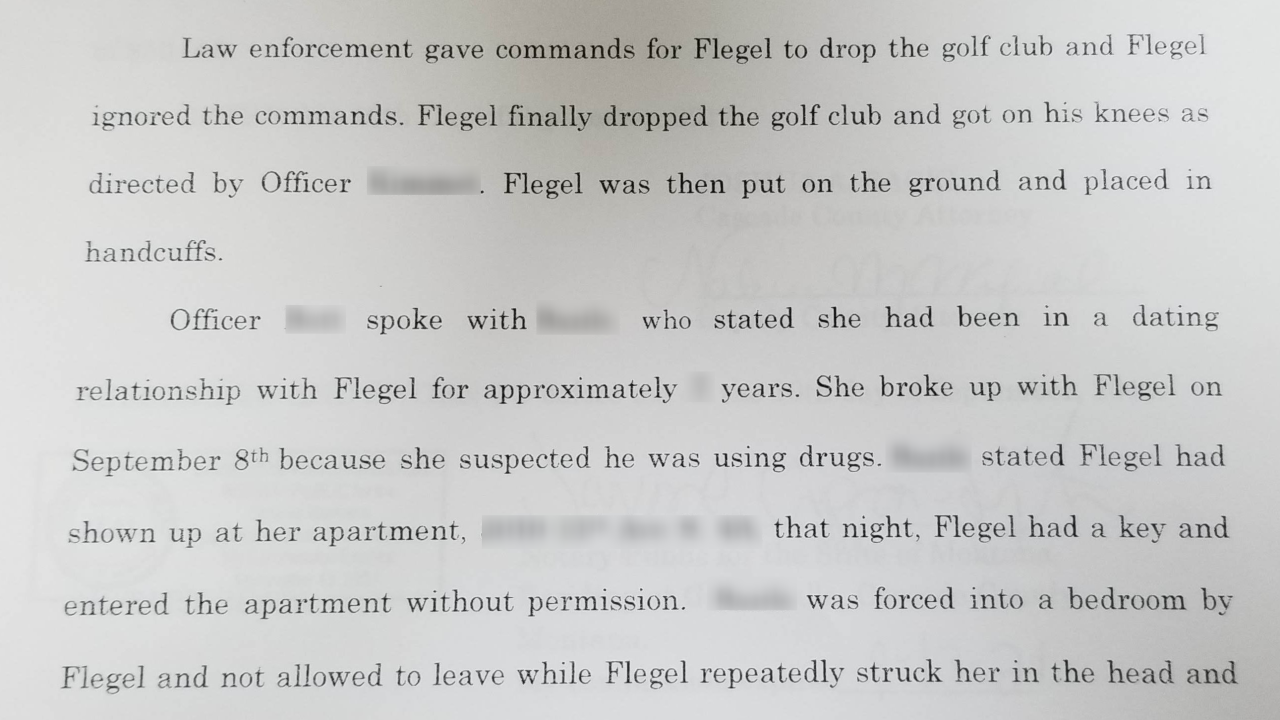 GREAT FALLS — Brook Thomas Flegel has been charged in Great Falls with two felonies after he reportedly held a woman against her will and beat her with a golf club.

Police officers were called to the scene near 11th Avenue South and 30th Street just before 11 p.m. on Monday for a report of an assault in progress.

When officers arrived, a woman told them that her friend had been assaulted by Flegel with a golf club. Officers went inside the residence and found the victim, who had injuries to her head and torso from being hit by the golf club. The woman declined medical treatment.

Officers soon found Flegel and ordered him to drop the golf club, and he initially refused, according to the court documents. He eventually dropped it and got on his knees, and was then arrested.

The victim told police that she had been in a relationship with Flegel, but he had shown up at her apartment, entered without her permission, and forced her into a bedroom and did not let her leave. During this time, according to court documents, he repeatedly struck her in the head and torso with the golf club, and threw her against the wall.

Flegel has been charged with assault with a weapon (felony), aggravated kidnapping (felony), and partner/family member assault (misdemeanor).

Prosecutors have requested that bond for Flegel be set at $50,000. There is no indication that Flegel has a criminal record.

UPDATE: The victim in the case contacted KRTV on Wednesday to dispute some of the statements contained in the court documents and the police affidavit.

She says that Flegel did not continuously beat her on the head and chest with the golf club, and did not hold her against her will.