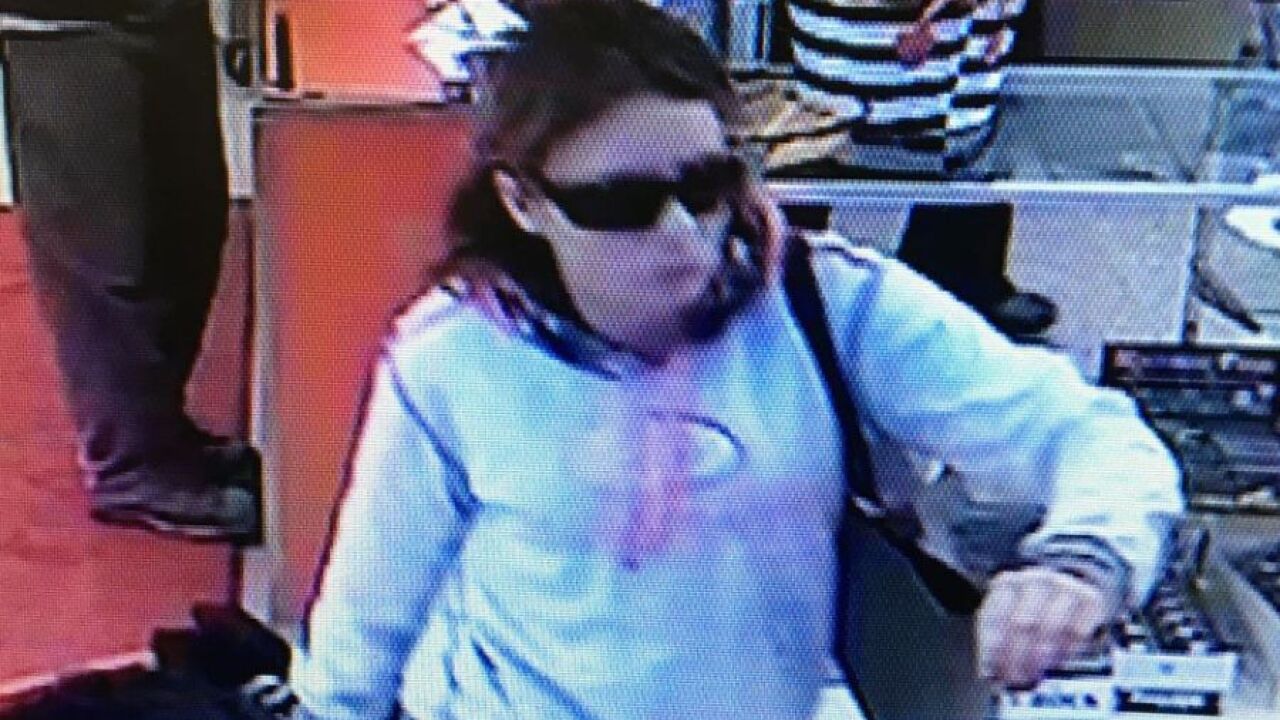 (UPDATE, 3:01 pm) The GFPD has identified the woman in the photo, and thanked everyone who provided tips.

(1st Report, 1:10 pm) The Great Falls Police Department is asking for help identifying a robbery suspect. The GFPD said in a Facebook post that on Wednesday, December 4th, the woman attempted to steal merchandise from a thrift store on the west side of town.

The GFPD said: "When her attempt was thwarted by store employees, she turned what may have been a shoplifting charge into likely robbery and assault charges, by striking an employee in the head with her purse."

If you know who the woman, you're asked to call the GFPD at 727-7688 (extension 5), or send a private message to the GFPD Facebook page. Tipsters may remain anonymous.