Great Falls man charged with possession of an explosive device 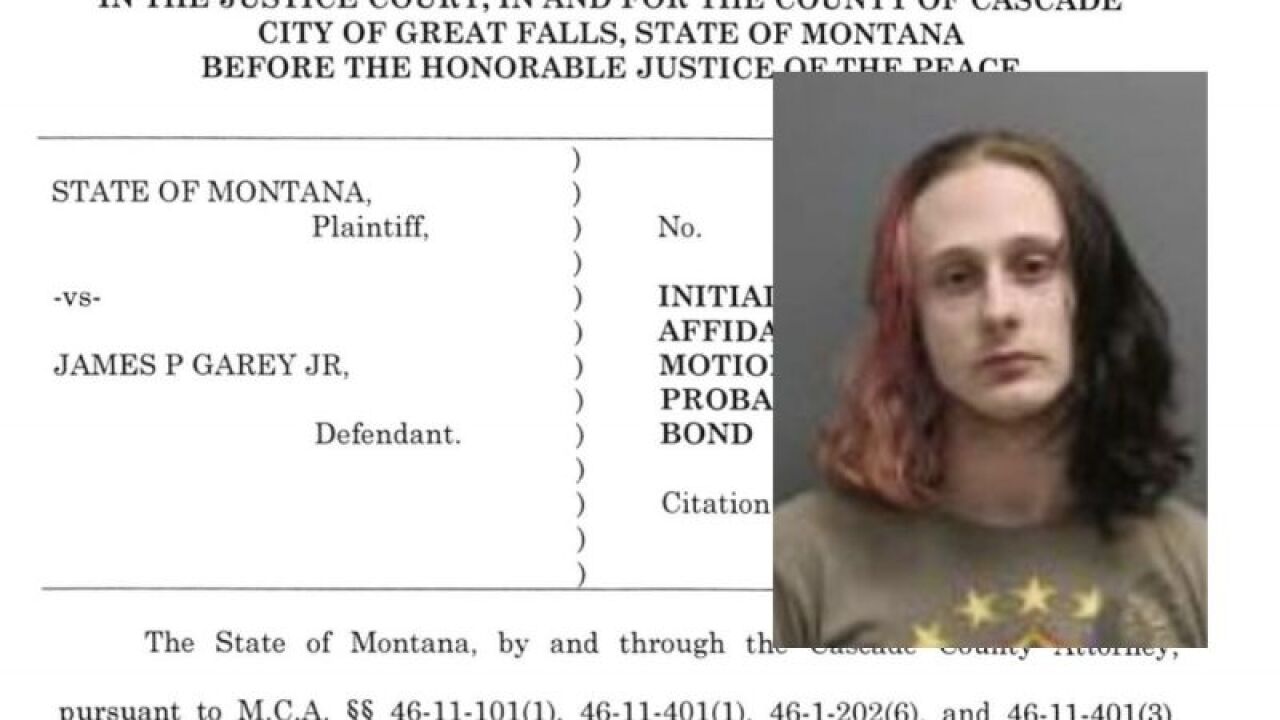 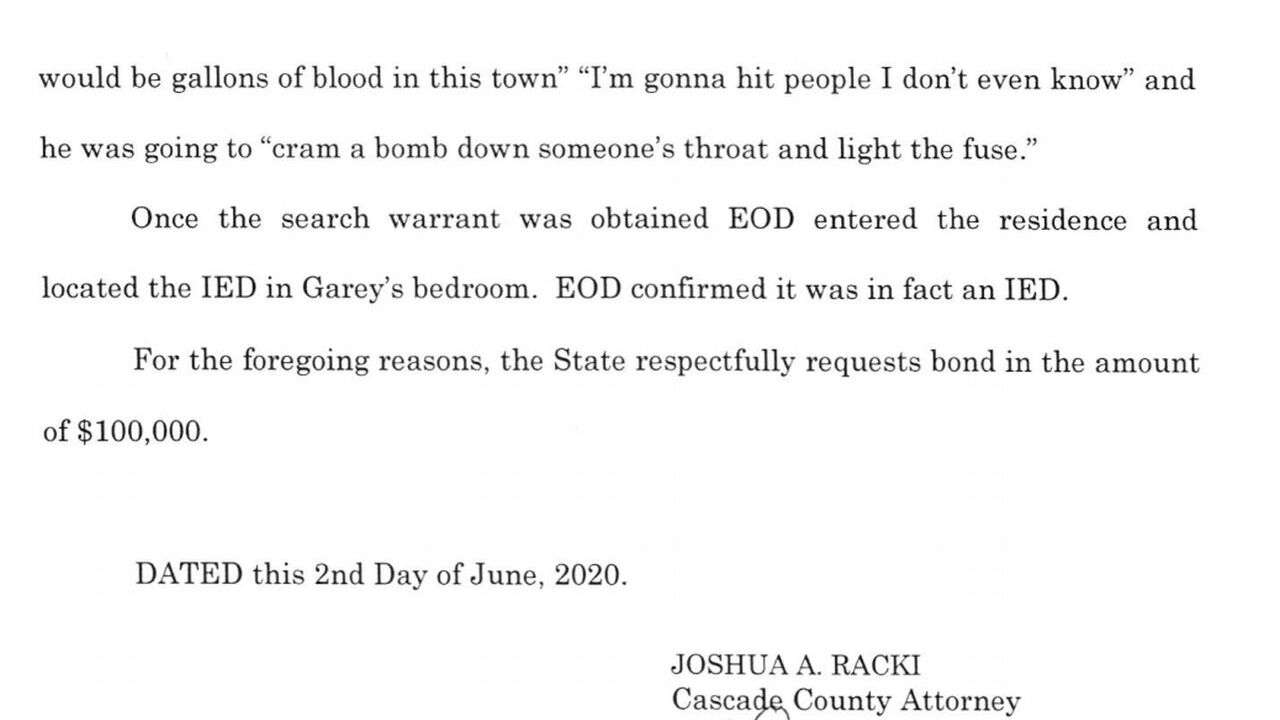 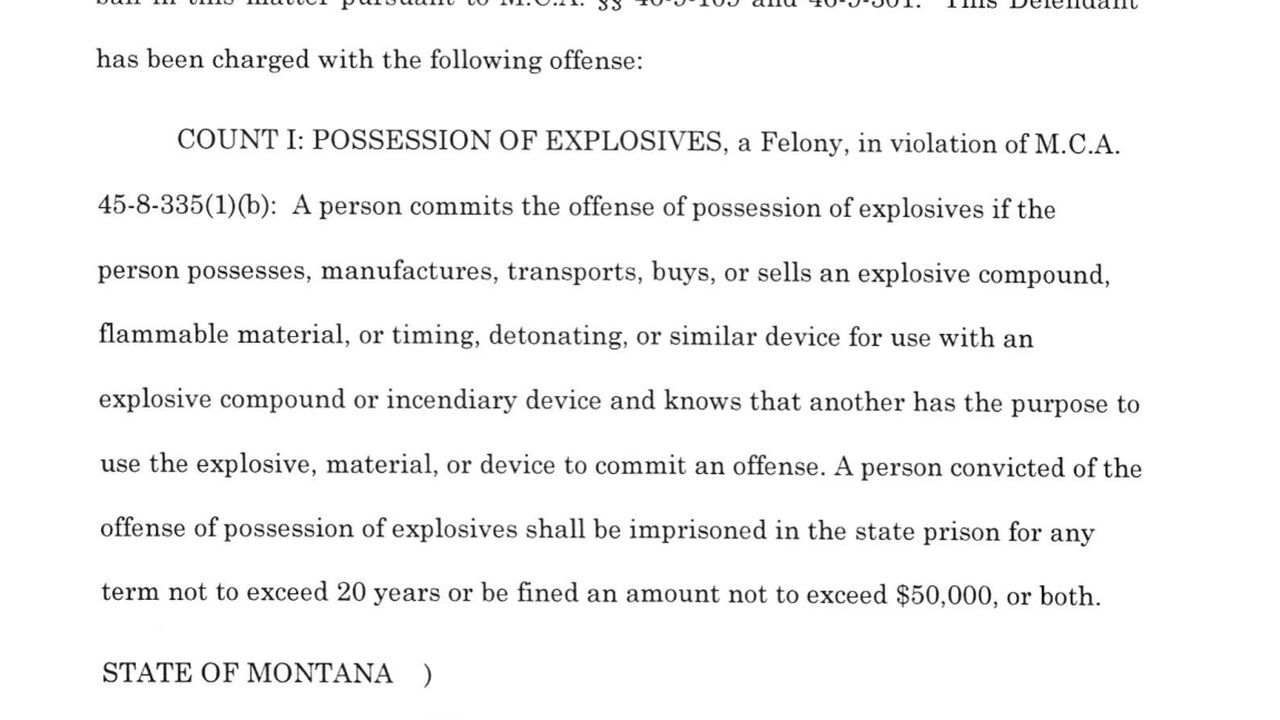 GREAT FALLS — James P. Garey, Jr., has been charged in Great Falls after he was allegedly found in possession of an explosive device.

Court documents state that police officers went to Garey's residence regarding his potential involvement in a theft ring; family members at the residence told officers that Garey was there, armed with a handgun, and mentally unstable. They also said that Garey had told a family member that he would shoot himself or get into a shootout with law enforcement.

Officers were able to convince Garey to come outside - unarmed - to talk. As they were speaking with him, they became aware that an "improvised explosive device" (IED) was inside the residence, which Garey admitted he construct. He said the IED consisted of black powder and BBs and was wrapped in electrical tape. A search warrant was obtained to enter the residence and recover the IED and firearm. Once recovered, the Lewis & Clark County Explosive Ordnance Disposal Unit was called to render the IED safe.

Family members told officers that Garey consistently makes suicidal and homicidal statements involving the use of firearms and explosives, and that his mental instability has greatly increased in recent weeks, and they are concerned for his well-being and the safety of the community.

During one of the interviews, a recording of Garey was played for investigators. In the recording Garey stated he was going to "f**king snap," "there would be gallons of blood in this town", "I'm gonna hit people I don't even know" and he was going to "cram a bomb down someone's throat and Iight the fuse," according to the charging documents.

Garey, 19 years old, has been charged at this point with one felony count of possession of explosives.

No other details of the investigation into the theft ring have been released at this point.