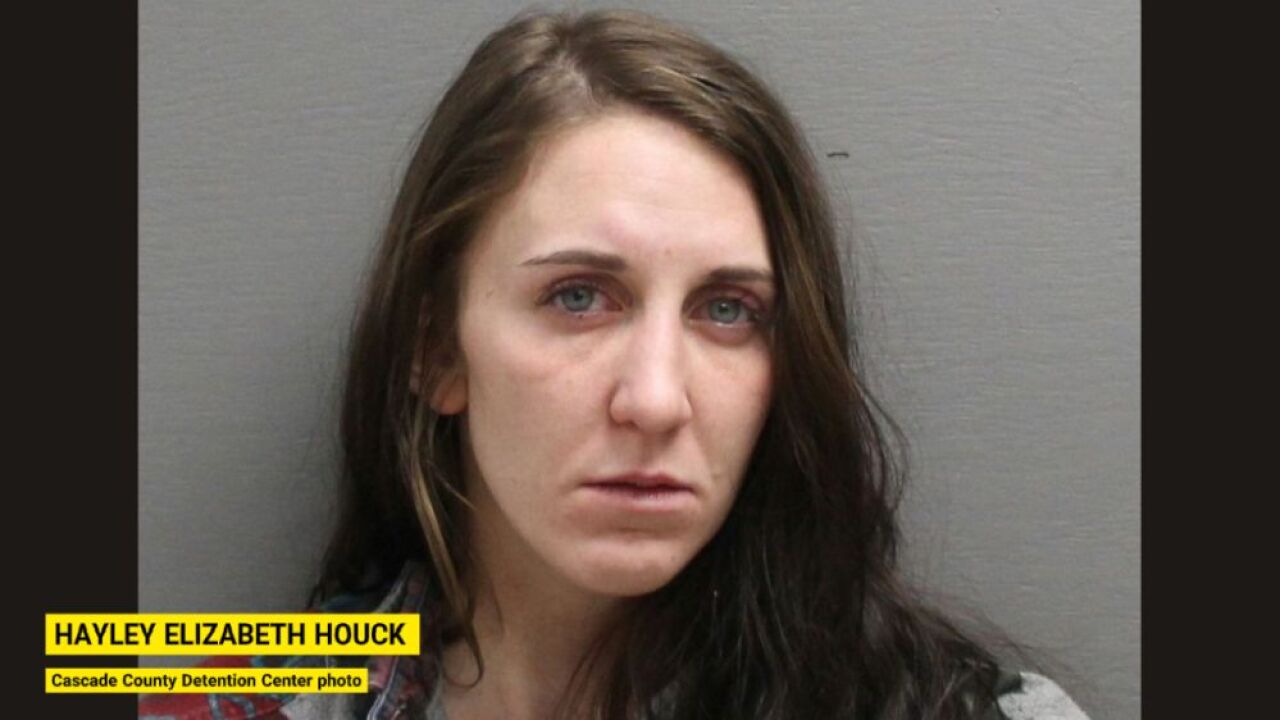 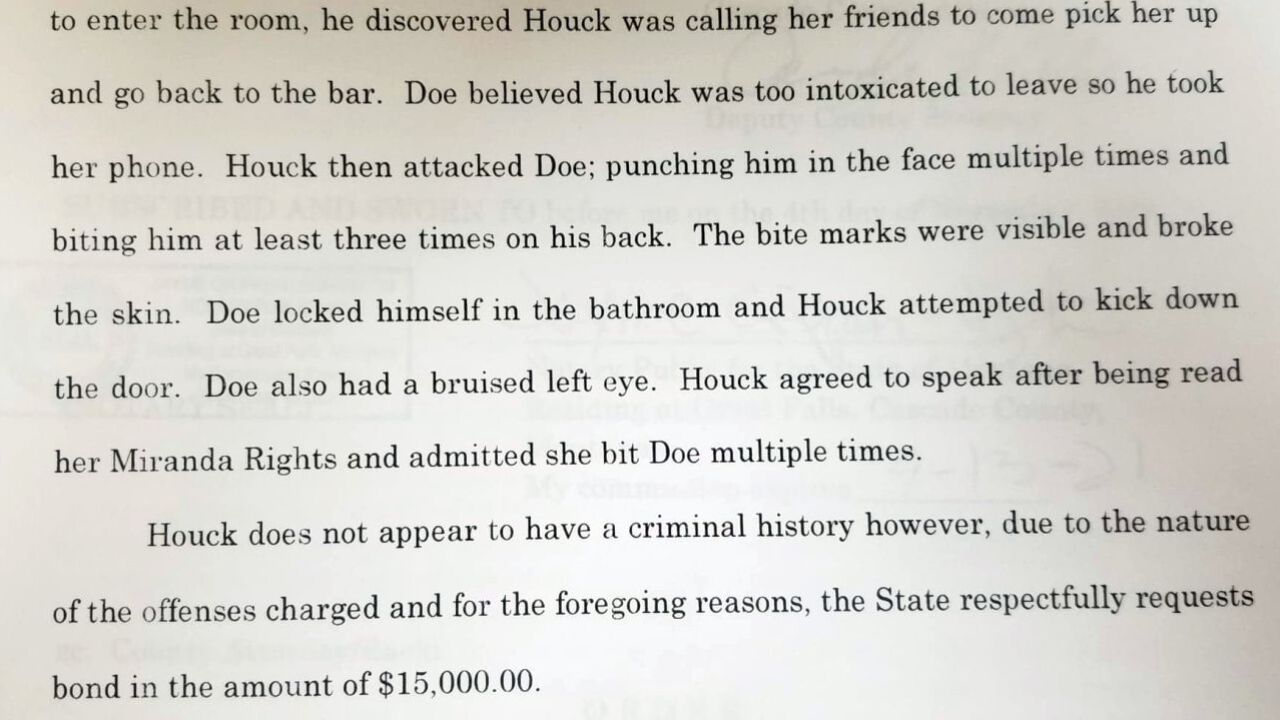 According to court documents, Great Falls police officers were responding to a report of a disturbance at a Great Falls residence.

Houck answered the door and claimed the police were not needed and attempted to close the door.

Officers reported being able to see Houck's boyfriend, who is only identified as John Doe, had visible injuries to his back which appeared to be bite marks. They then prevented Houck from closing the door in order to check on Doe's well-being.

According to court documents, as officers entered the apartment Houck began to yell and would not listen to commands by the officers, so they placed her in handcuffs for safety.

Houck allegedly began to resist by pulling her hands away and dropping to the ground. Once she was safely secured officers placed her on the stairs to determine what had occurred before they arrived.

As one officer attempted to speak with "Doe," Houck began to fight with the other officer by kicking him in the shoulder.

The first officer came to assist and also was kicked in the process. Houck was then taken to the patrol car and placed in the back seat.

Once Houck was settled, officers were able to discuss with "Doe" the events that occurred.

He claimed the two had been dating for approximately two years and living together for less than one. He had picked Houck up earlier that night from a bar and brought her home as she was highly intoxicated.

Houck locked herself in the bedroom and would not talk to "Doe." She also attempted to call a friend to pick her up and take her back out to the bars. "Doe" believed she was too intoxicated to leave so he took her phone.

Houck began attacking him; punching him in the face multiple times and biting him on his back, according to the charging documents.

Doe locked himself in the bathroom and Houck attempted to kick the door down. He had bite marks were visible and broke the skin as well as a bruised eye.

Houck agreed to talk with officers after being arrested, and admitted biting her boyfriend.

Houck does not appear to have any criminal history, according to the court documents

Prosecutors requested that bond for Houck be set at $15,000.