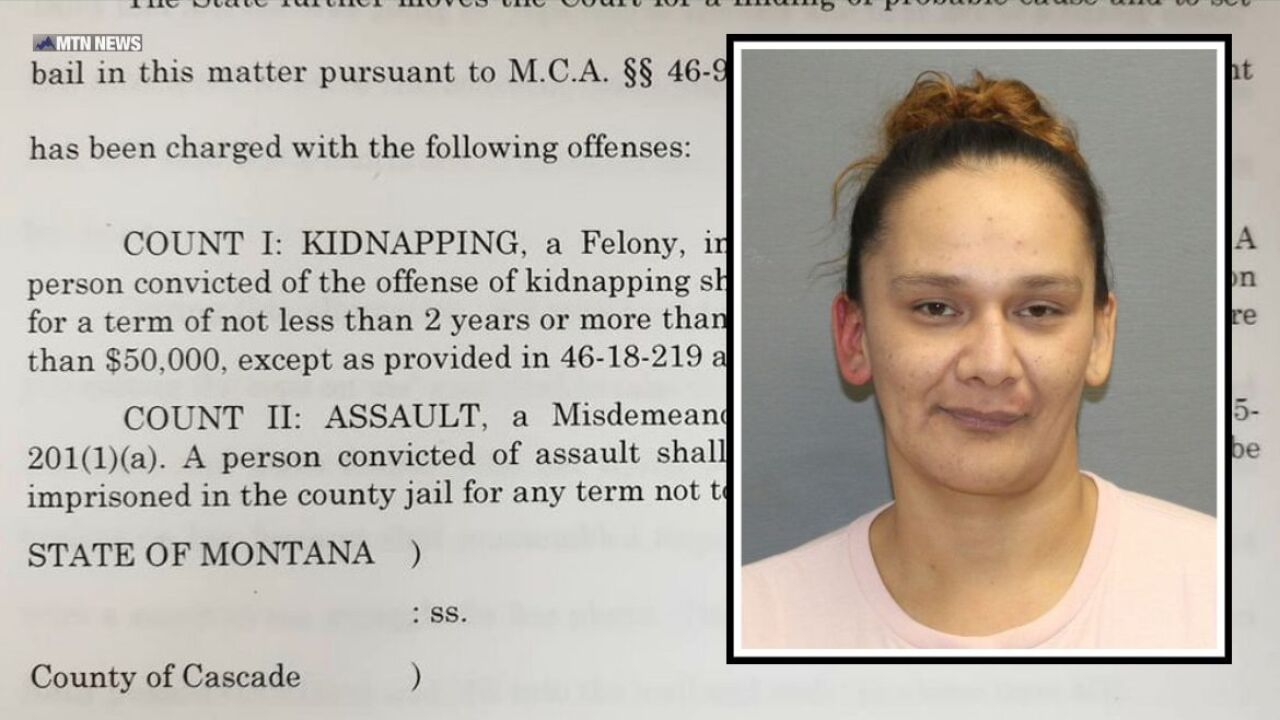 GREAT FALLS — Dava Marie Mitchell-Alexander has been charged in Great Falls after she allegedly assaulted a woman, held her against her will, and threatened to "beat her to a bloody mess."

The events happened at a residence on 15th Street NE on the night of Wednesday, December 4th.

Another person who was present told a Sheriff's deputy that there was a video recording of the entire incident; the deputy watched the surveillance video and saw the events described by the victim that happened in the garage area of the residence.

Alexander has been charged with kidnapping (felony) and assault (misdemeanor).