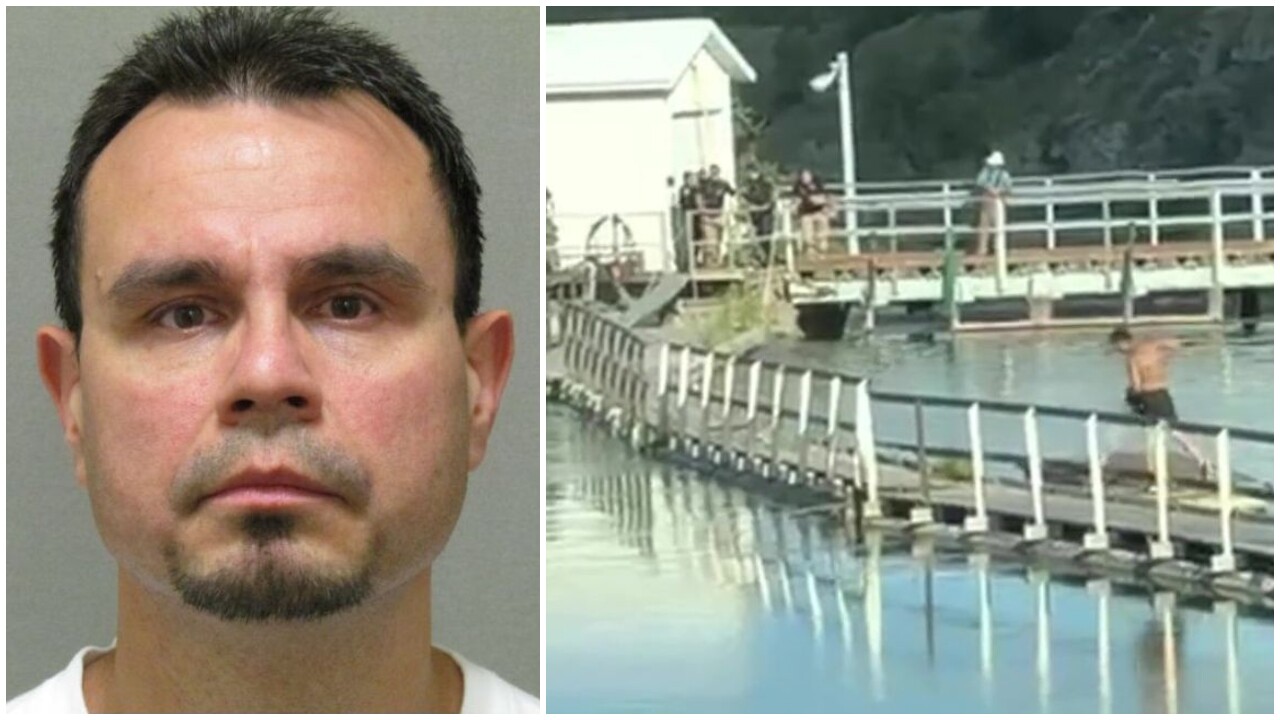 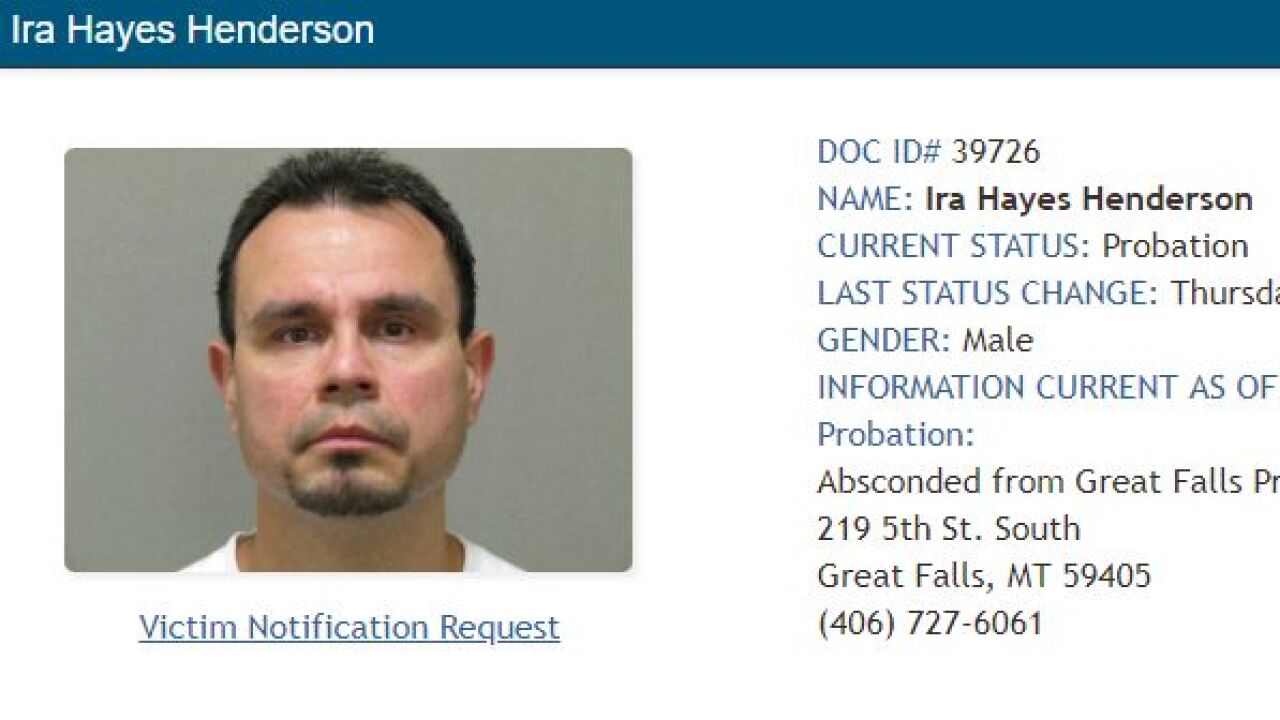 KRTV was notified about the incident at 4:25 p.m. on Saturday. Officers worked to coax him out of the water due to his proximity to the dam.

Being in the water - swimming, on a boat, or any other watercraft - near the dams can be extremely dangerous; NorthWestern Energy says that hazards include strong underwater currents, sudden water discharges, and submerged hidden hazards.

Henderson, 42 years old, was booked into the Cascade County Detention Center just before 9 p.m. on charges of probation violation and violating bail conditions from previous offenses.

Prior to being arrested, he was listed as a probation absconder on the Montana Department of Corrections website.

Henderson has felony convictions for burglary, robbery, aggravated assault, escape, and criminal possession of dangerous drugs with intent to distribute.

Several people asked KRTV if this is the same person who "camped out" on the frozen Missouri River in March 2018 - it is not - that person was Ben Staples.

(FEBRUARY 3, 2016) Ira Henderson is facing several charges after he was reportedly caught driving a stolen car and leading police on a high-speed chase in Great Falls.

Court documents state that Hayes was involved in a burglary on Tuesday, February 2nd, and that at about 3:25 a.m., officers found Henderson in a stolen car near Central Avenue and 2nd Street South. Henderson then reportedly “sped off in a reckless manner,” according to a probable cause affidavit, and began heading north on Park Drive, at one point exceeding 60 miles per hour.

The affidavit says that Henderson at one point had to swerve to avoid crashing into another vehicle. Once Henderson reached 13th Street North, a police officer saw him jump out of the car while it was still in motion, and Henderson then ran into an alley, ignoring the officer’s commands to stop. Henderson was eventually caught behind a house on the 1300 block of 8th Avenue North.

Court documents note that Henderson was “non-cooperative” and fought with officers at the Cascade County Detention Center.

Henderson is charged with felony criminal endangerment and the following misdemeanor charges: theft; fleeing/eluding a peace officer; driving while license is suspended/revoked; obstructing a peace officer; reckless driving; and failure to carry proof of liability insurance.

Prosecutors requested that bond for Henderson be set at $100,000, noting that in addition to his convictions, he has at least 52 traffic convictions, 37 misdemeanors convictions, and has had his bond/probation revoked at least eight times.