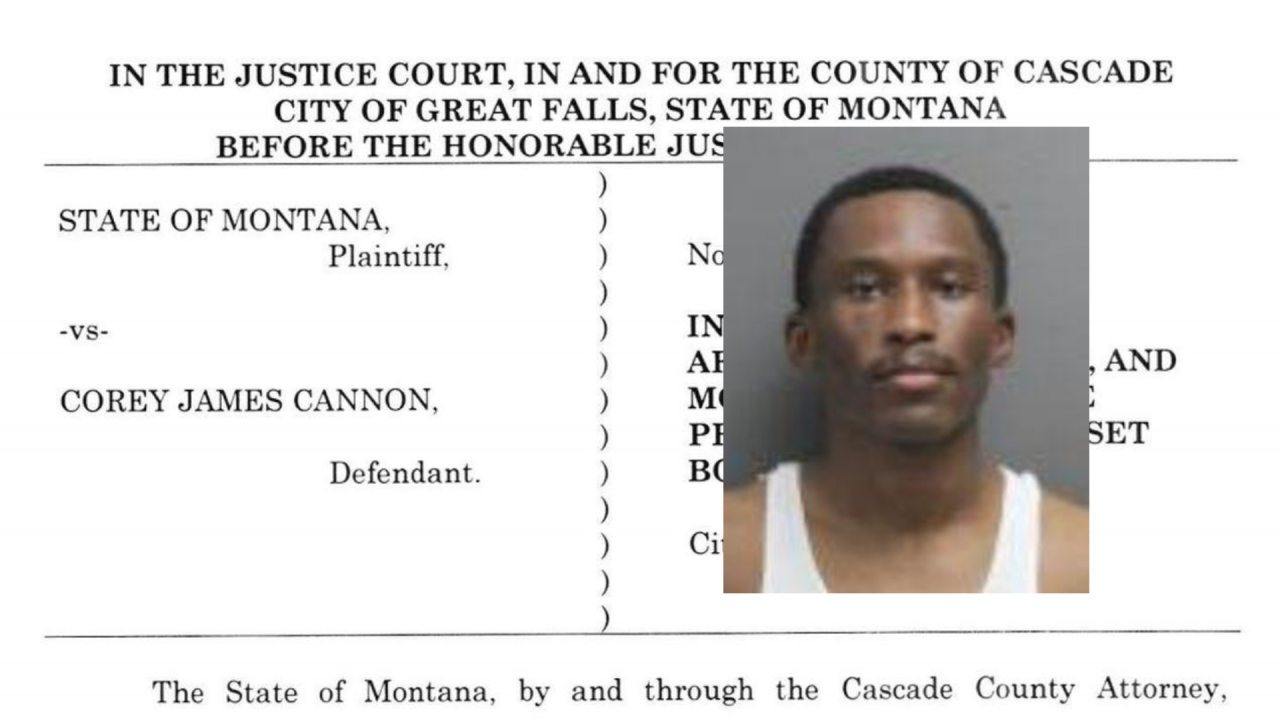 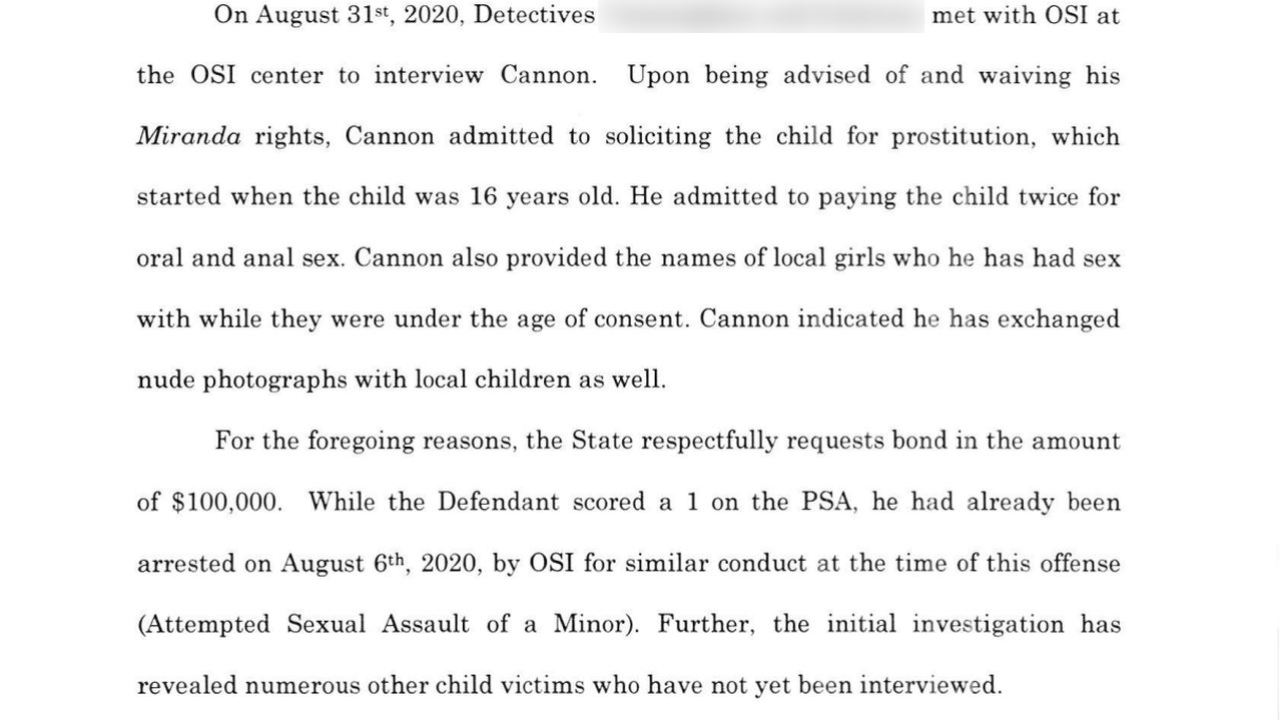 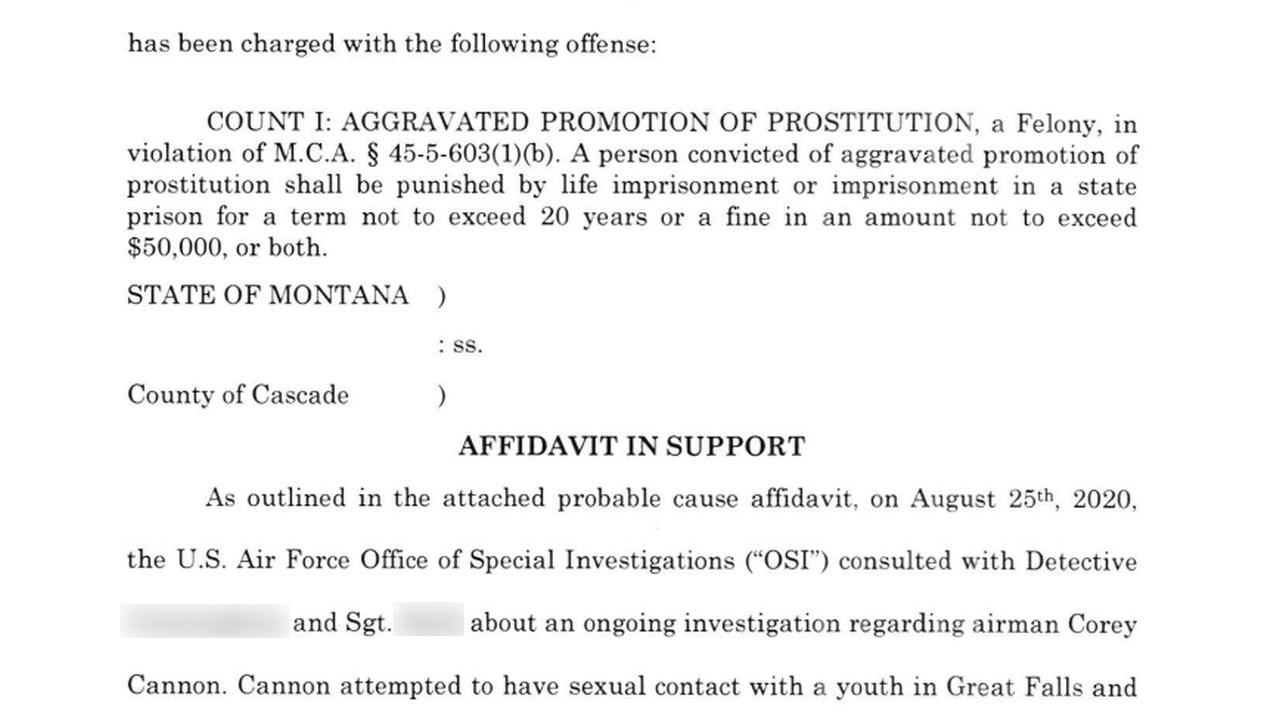 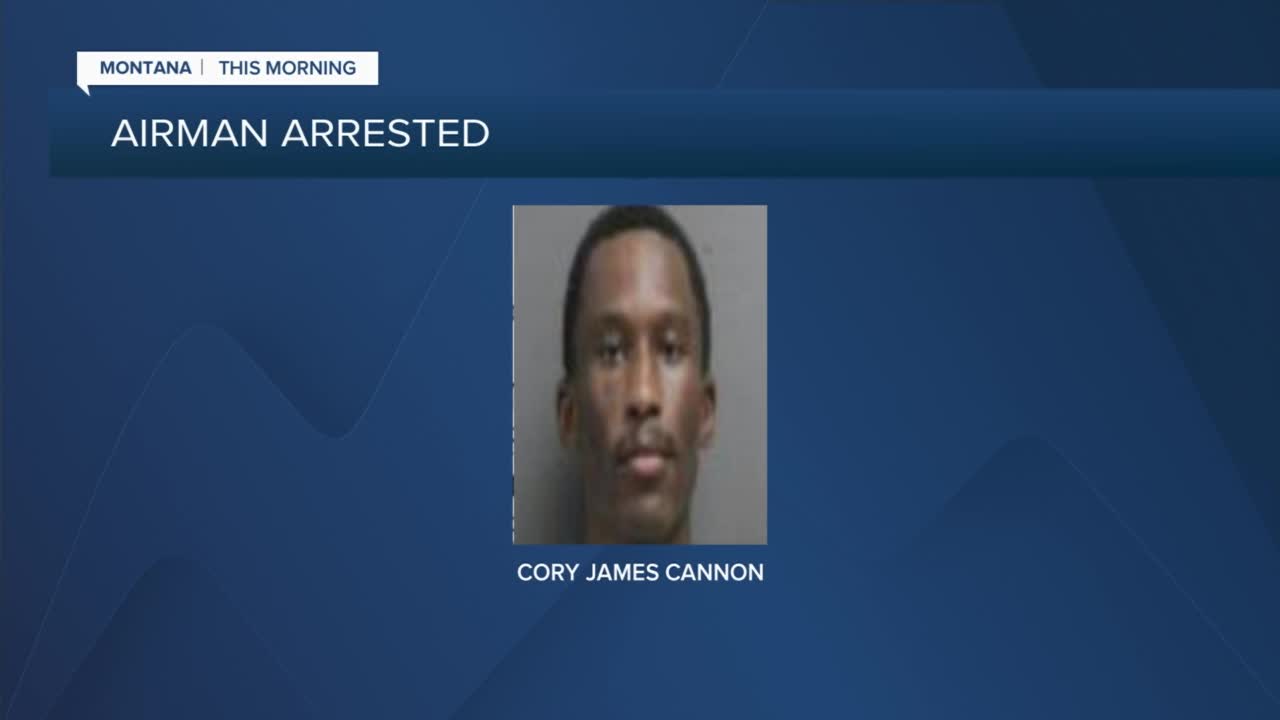 GREAT FALLS — Corey James Cannon has been charged in Great Falls with aggravated promotion of prostitution.

On August 25th, the U.S. Air Force Office of Special Investigations (OSI) consulted with Great Falls police officers about an ongoing investigation regarding Cannon, who is an active-duty airman assigned to Malmstrom Air Force Base.

Court documents state that Cannon attempted to have sexual contact with a youth in Great Falls and was arrested on or about August 6th. OSI took jurisdiction of that investigation and seized Cannon's phone. Agents found messages on Cannon's phone that indicated he was engaged in soliciting prostitution from a 16-year old person. Police identified the child by photos and the name provided on their social media account. The child is currently 17 years old.

Prosecutors requested that bail for Cannon be set at $100,000, noting that he had already been arrested on August 6th by OSI for similar conduct at the time of the offense (Attempted Sexual Assault of a Minor). In addition, the initial investigation has revealed "numerous other child victims" who have not yet been interviewed.