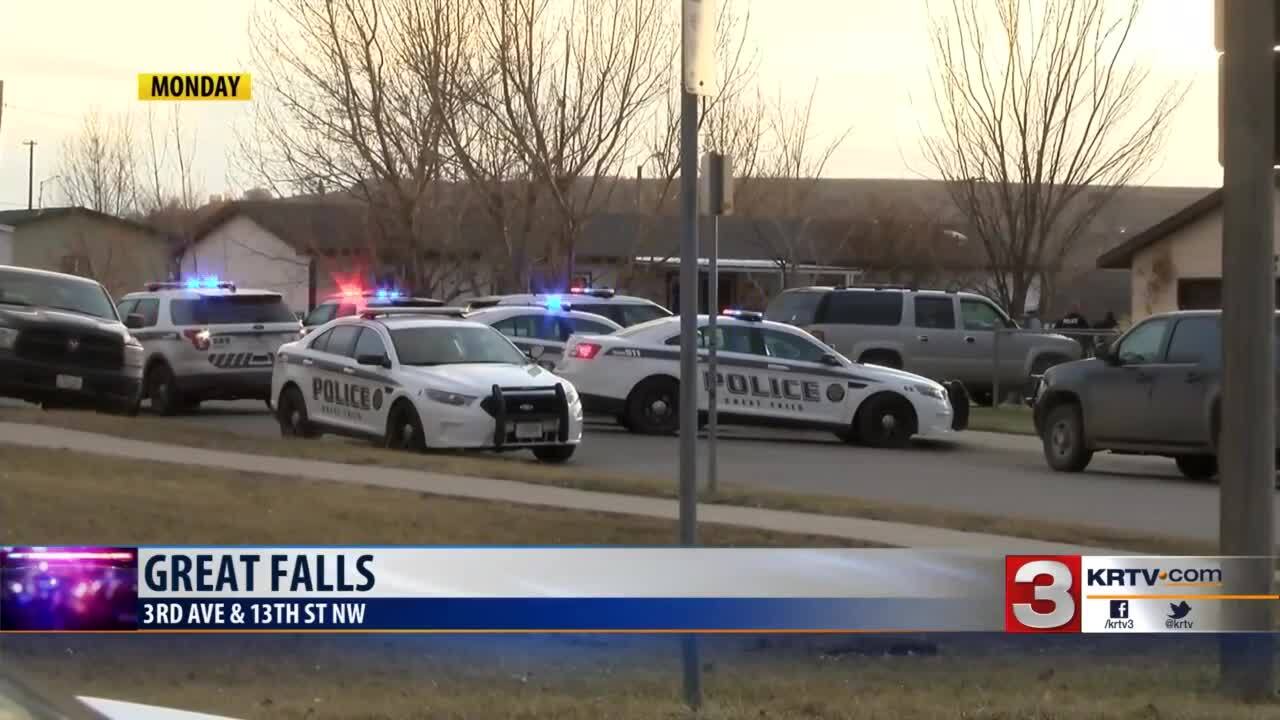 GREAT FALLS — New details have been released about the shooting death of a man in Great Falls on Monday.

The Montana Department of Justice said in a press release that at about 3:45 pm, Montana Department of Corrections Probation & Parole officers and the U.S. Marshals Service Violent Offender Task Force initiated contact with a 42-year-old male probationer under supervision in Great Falls. Earlier that day, a no-bond warrant had been issued for the arrest of the probationer for violating conditions of supervision.

Officials have not yet released the name of the man who died.

Officers found the man in the driver’s seat of an SUV in an alleyway near 3rd Avenue NW and 13th Street NW. He brandished a handgun while he was in the vehicle. Officers tried communicate with him, and the Great Falls Police Department arrived to assist, as did the High-Risk Unit. The man was getting out of his vehicle with the handgun and a Deputy U.S. Marshal fired his duty weapon, killing the man at the scene. No officers were hurt in the incident.

The GFPD asked the Montana Department of Justice’s Division of Criminal Investigation to conduct an independent investigation into the incident and the shooting death, which is standard procedure whenever an officer is involved in a shooting.

The Deputy U.S. Marshal involved in the shooting has been placed on administrative leave pending the investigation, which is also standard procedure in such cases.

Petroleum County Coroner Dick Brown is serving as coroner and the state Medical Examiner’s Office will conduct the autopsy.

The scene investigation was completed on Tuesday at about 10:30 a.m. and the area was reopened to the public.

Once the investigation is complete, the case file will be given to the Cascade County Attorney’s Office for review.

Authorities have not released any other information at this point; we will update you when we get more details.