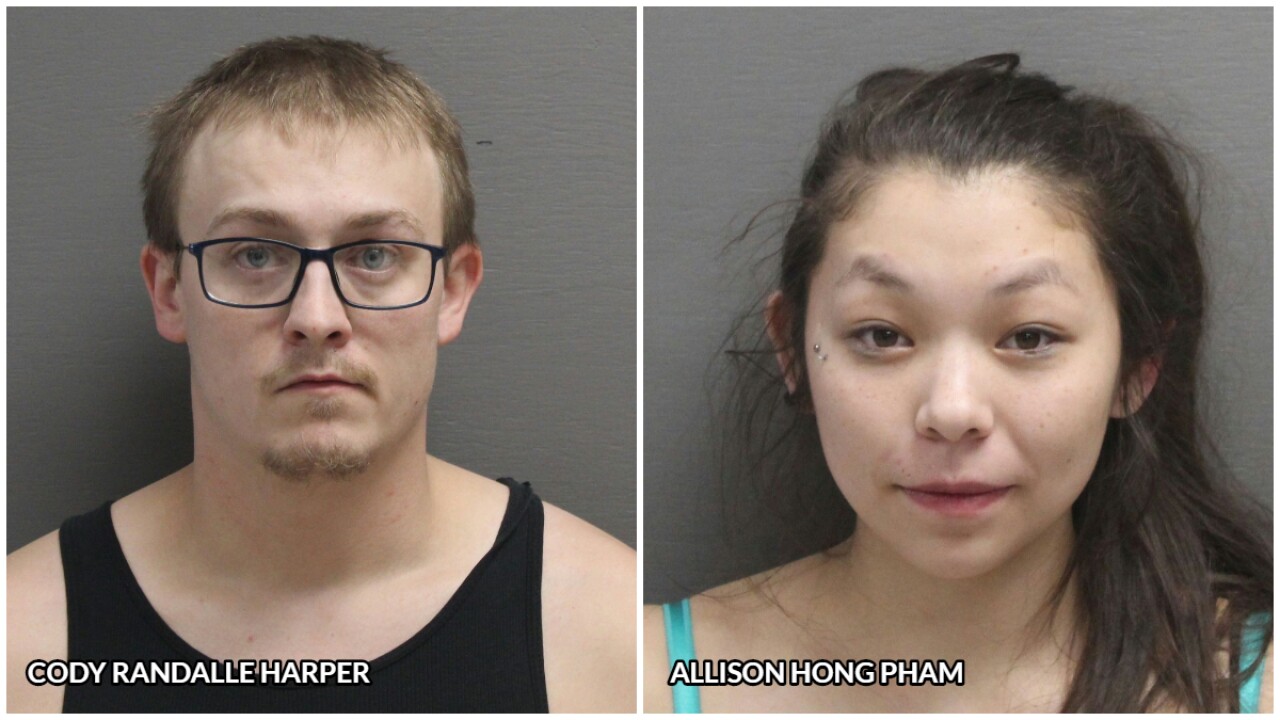 GREAT FALLS — Cody Randalle Harper and Allison Hong Pham are facing criminal charges for endangering their children after they allegedly assaulted at least one child and used meth in the house.

Court documents state an Adult Probation & Parole officer was conducting a residence check on Harper, who admitted using meth and tested positive for meth use. Harper and his wife Pham live with their four children, ranging in age from one to six.

Harper and Pham both admitted smoking meth in the bedroom of their residence, most recently on March 9. Officers searched the home and found meth, marijuana, and drug paraphernalia, including a pipe, baggies, and scales. Court documents note that all of the items were in locations easily accessible to the children, and also that the amount of meth was indicative of distribution. Pham admitted selling meth from the apartment in order to "get by."

Court documents also state that one of the children was "covered head to toe in bruises" which had been covered with makeup. A probable cause affidavit also states that Pham admitted she had bitten the child on the arm, leaving a "sizable mark." The child was taken for a CT scan which showed a skull fracture. Pham admitted hitting the child, and also said that she put makeup on the child to hide the bruising. Harper also admitted hitting the child. The court documents state: "The makeup was an attempt to avoid an investigation by DFS and police for physical abuse."

Tests for meth exposure for the children are pending.

Court documents note that Harper and Pham have pending charges for similar conduct in 2017.

Both suspects have been charged with the following felonies: assault on a minor; endangering the welfare of a child; tampering with or fabricating evidence; and four counts of criminal child endangerment.

NOTE: The information above is from court documents and/or publicly-available information filed in the case, and does not necessarily provide all of the information relevant to the case. Defendants are considered legally innocent until proven guilty in court.