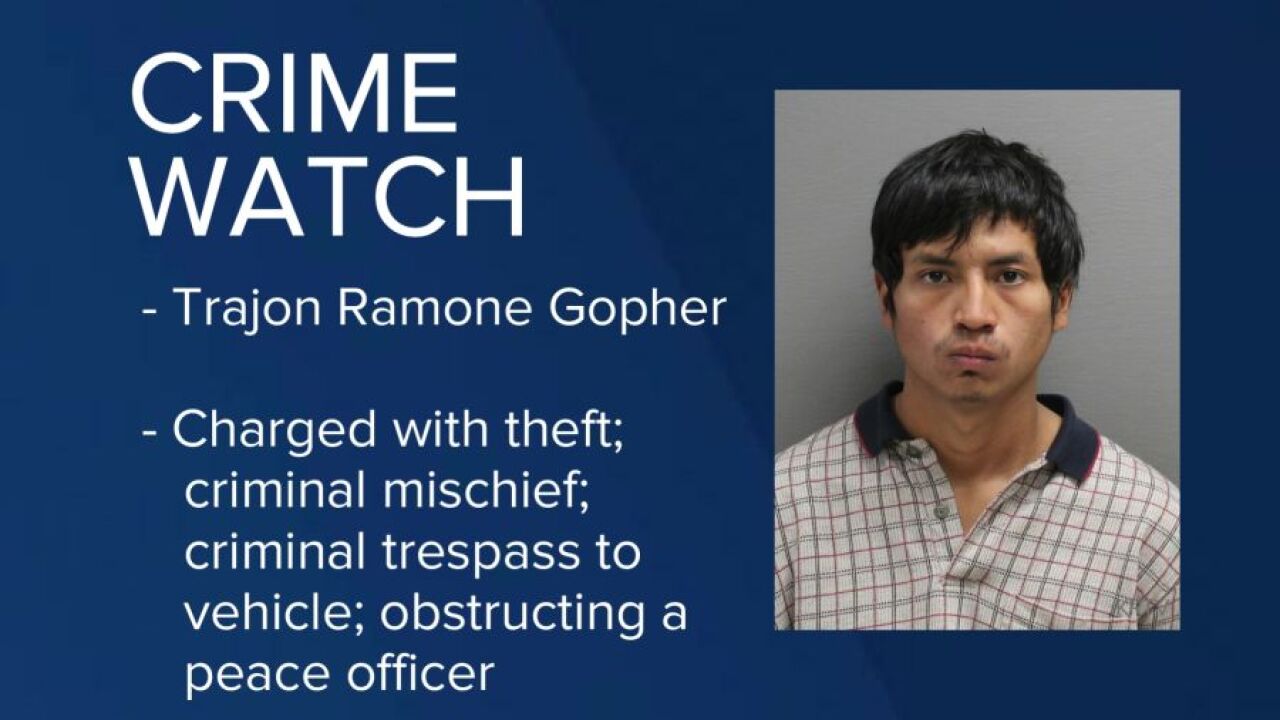 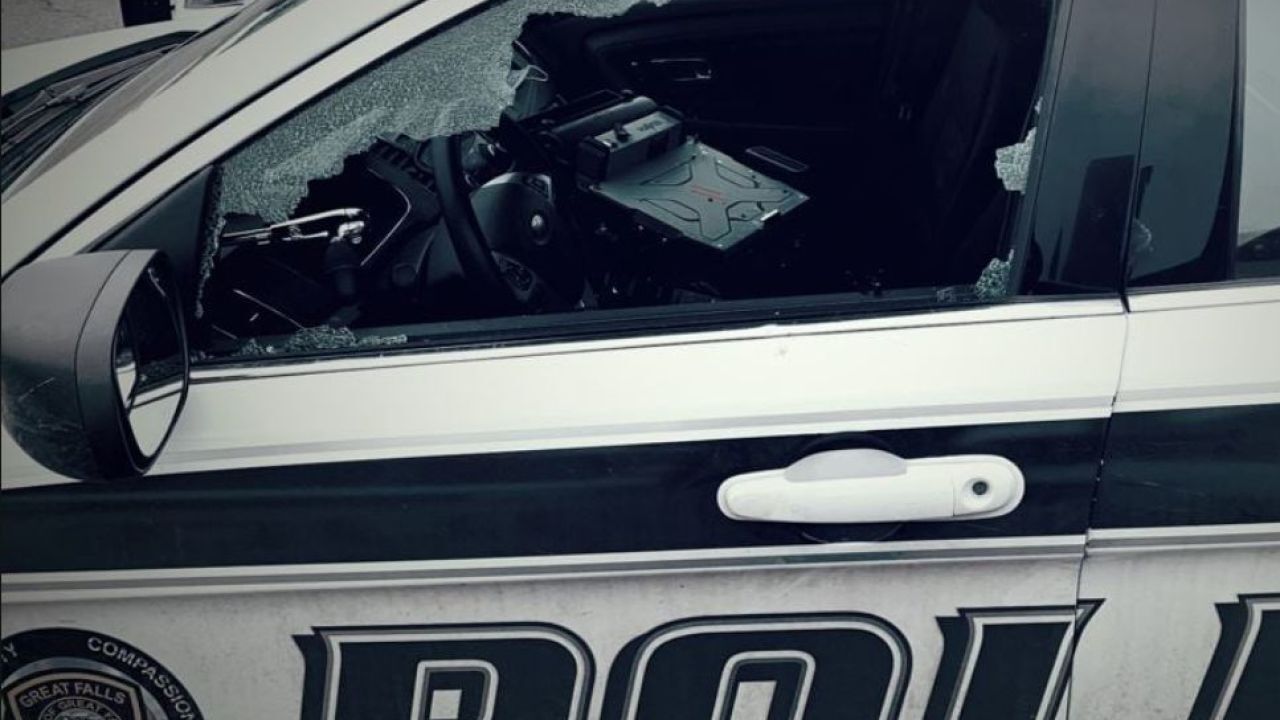 GREAT FALLS — Trajon Ramone Gopher is facing several charges after he allegedly smashed the window of a Great Falls Police Department patrol car and tried to steal a rifle.

Officers had been called to a disturbance in the area and had to leave the patrol car at the location of the disturbance in order to help emergency personnel take a person to a hospital. When the officers returned, they found the driver-side window of the patrol car smashed. The GFPD said the patrol car was turned off and locked at the time of the incident; there were no dashcams or other video surveillance systems turned on at the time.

Court documents state that officers soon found a man, later identified as Gopher, hiding under a nearby train bridge; Gopher matched the description of a witness statement, was wearing the same clothing as described, was found about 500 feet from the patrol car, and no one else was seen near the patrol car at the time of the incident.

When an officer ordered Gopher to come out from under the bridge, he reportedly ducked back out of sight but was soon found and arrested.

Court documents state that after investigating the scene, officers determined that Gopher used a railroad spike to break the car window. He also reportedly tried to steal an AR-15 rifle from inside the car. The rifle's buttstock was out of the bottom of the cradle, and it appeared that Gopher tried to tear the rifle out of the secure gun lock.