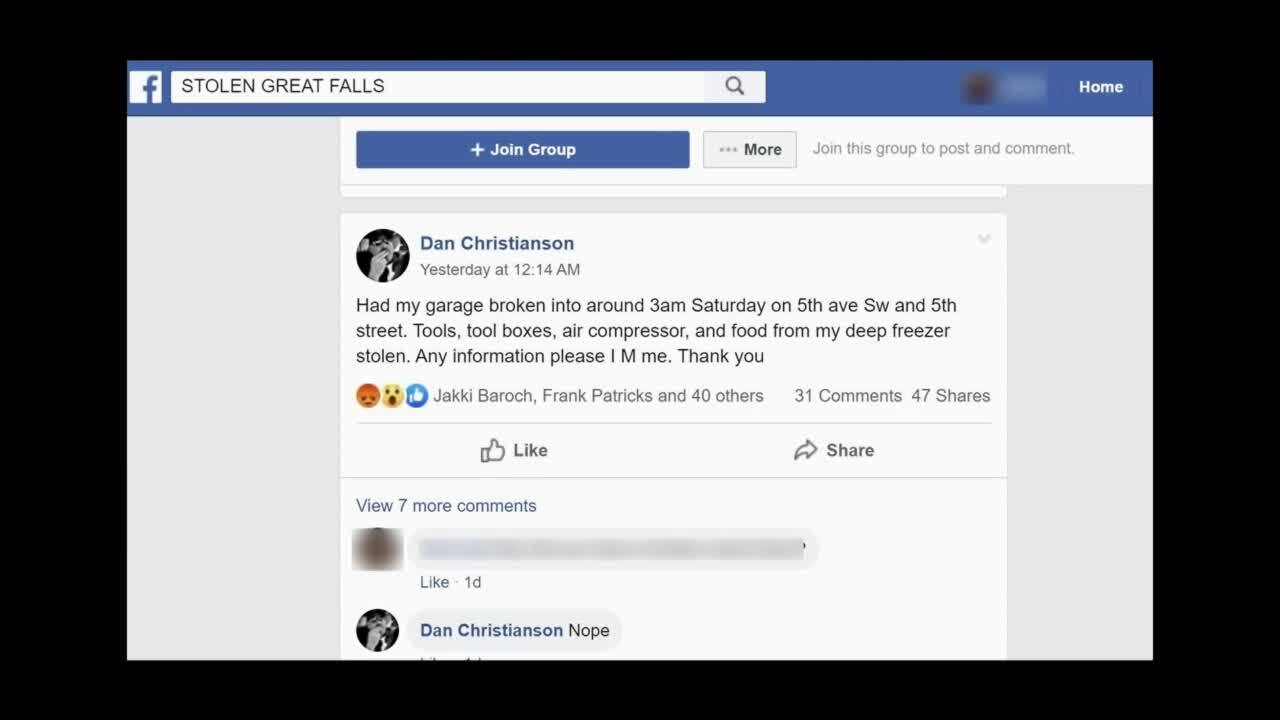 GREAT FALLS — Reporter Jennifer Houseman talked on Monday with Dan Christianson, who was the victim of a break-in over the weekend where an estimated $14,000 of tools and equipment was stolen.

Christianson said, "It’s upsetting. I've worked hard for what I have, and for somebody to take it like the way they did, it's not right."

The theft happened on Saturday morning; he and his family didn't hear anything.

The person or people that broke into his garage made away with mechanic and hand tools, tool boxes, saws and drills, an air compressor and pressure washer, and even took the food out of their freezer. But the biggest loss to Christianson was a lockbox: “Inside that lockbox was all the letters that I received from family and friends when I was deployed with the Army.”

Dan hopes that installing cameras and ensuring that other safety precautions are done nightly will help his family feel more safe at home again.

The Great Falls Police Department is still investigating the theft, and Lieutenant Doug Otto offered a few safety tips to help you keep your items safe: “Go through kind of a routine check and try to make it the same every day. One of those is that '9 o’clock rule.' At 9 o’clock make sure all your doors are locked on your garage, on your home, on your sheds or anything like that.”

And if you do run into a situation like this there are steps you can take. If you believe the items taken are low in value or if there are no suspects, you can file a report on the city website .

The GFPD says that the online reporting form should be used for:

The GFPD says that you should not use the online form if: