Change will take effect in 2022 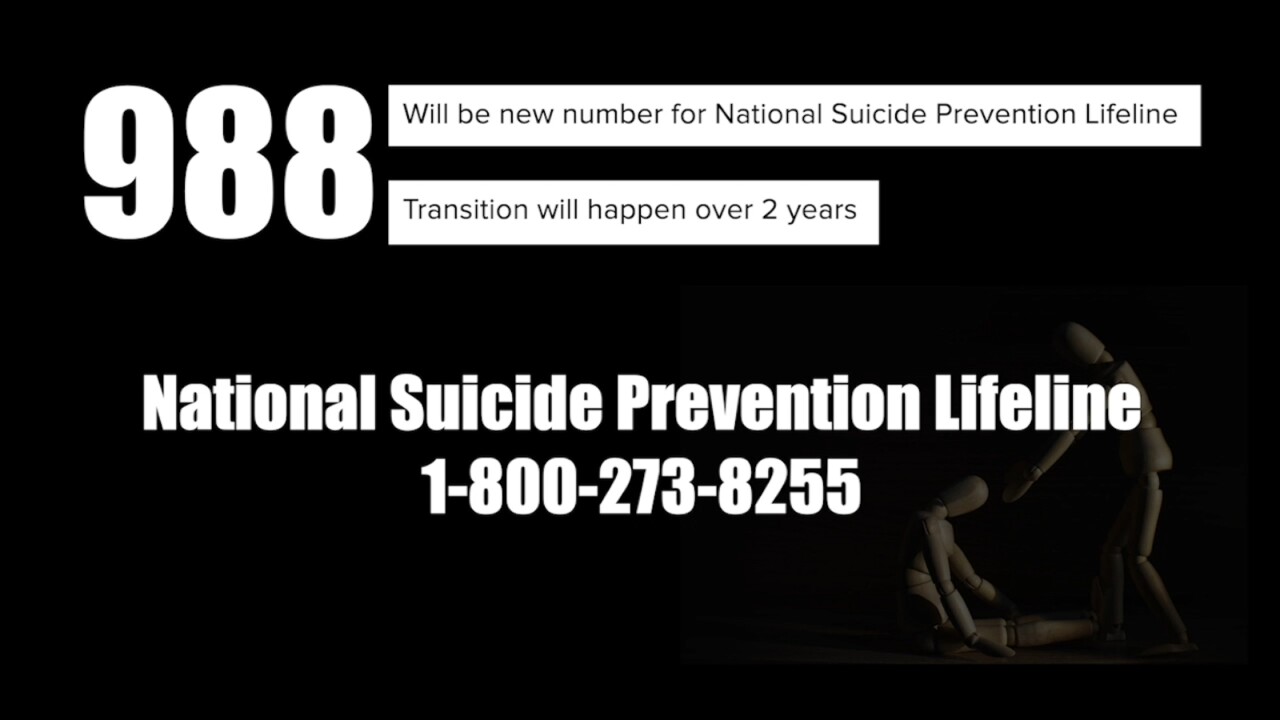 On July 16, the Federal Communications Commission designated the three-digit number '988' as the number that would connect people in crisis to the National Suicide Prevention Lifeline starting in 2022.

After the change takes effect, people in crisis will still be able to reach the Suicide Prevention Lifeline by dialing 1-800-273-8255. Lewis and Clark suicide prevention coordinator Jess Hegstrom said the fact that the FCC is taking this step is a fantastic development and a great move to get people the help they need in a time of crisis.

"Reducing the number from 1-800-273-8255 to '9-8-8', it's just going to be so much easier for people to remember," said Hegstrom. "It also shows that it is a national priority; that this is occurring. Because it shows this is on the same level as something like '9-1-1', which everyone knows to call when they're in crisis. This will allow people to do the same thing when they're in crisis."

The changes will take two years to implement due to the array of network changes the FCC needs to complete and allow time for the National Suicide Prevention Lifeline to prepare for an anticipated influx of calls when the change does go into effect, said a representative of the FCC in a press release.

According to the Center for Disease Control, 265 Montanans died by suicide in 2018. Since 2014, Montana has been near, or at, the top of the CDC's rankings for death-rate in regards to suicide. Hegstrom said Montana has long been entwined with a high suicide rate, and providing another resource should go a long way in lowering the toll.

"Montana just has a long term problem with suicide for a variety of reasons. So ensuring that people have easier access to crisis services and crisis counselors at that moment of extreme distress, can really be the difference between life or death," said Hegstrom. "For a state like ours, that's really important."

Though the change to the Suicide Prevention Lifeline's number isn't scheduled to take effect until 2022, Hegstrom said the Lewis and Clark Suicide Prevention Coalition has resources for anyone who is thinking of suicide or wants to help prevent suicide, here.