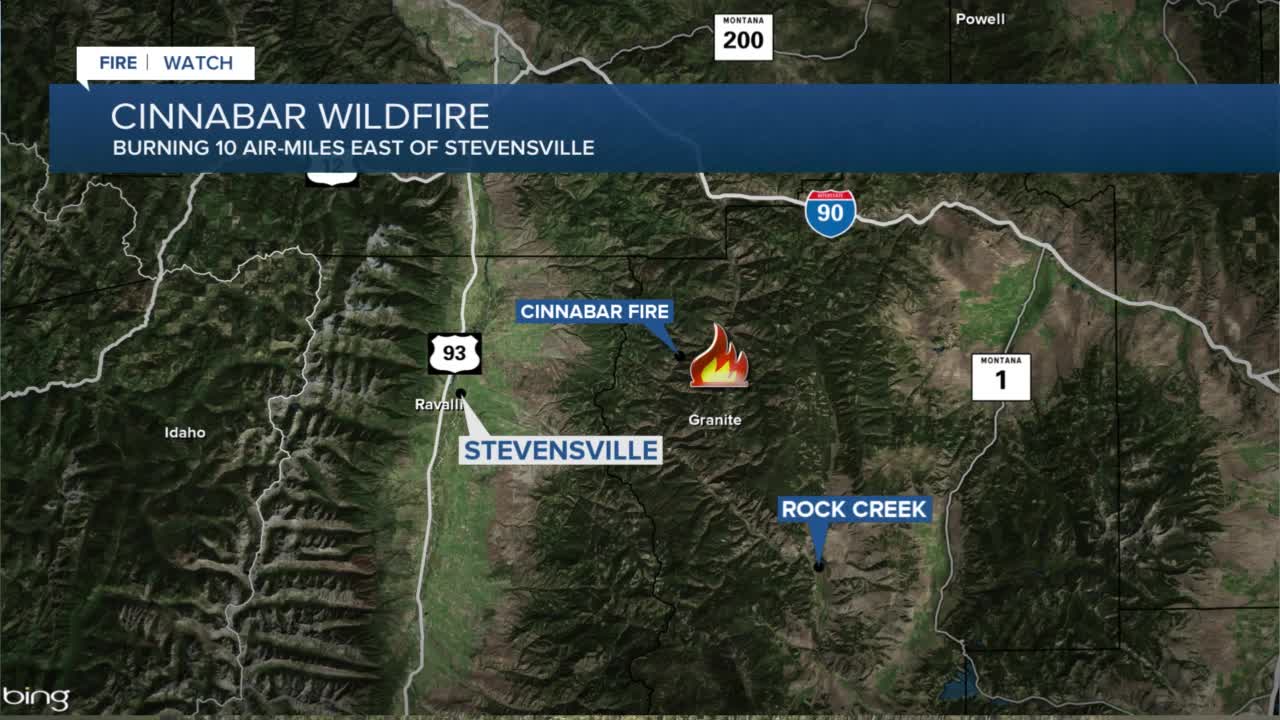 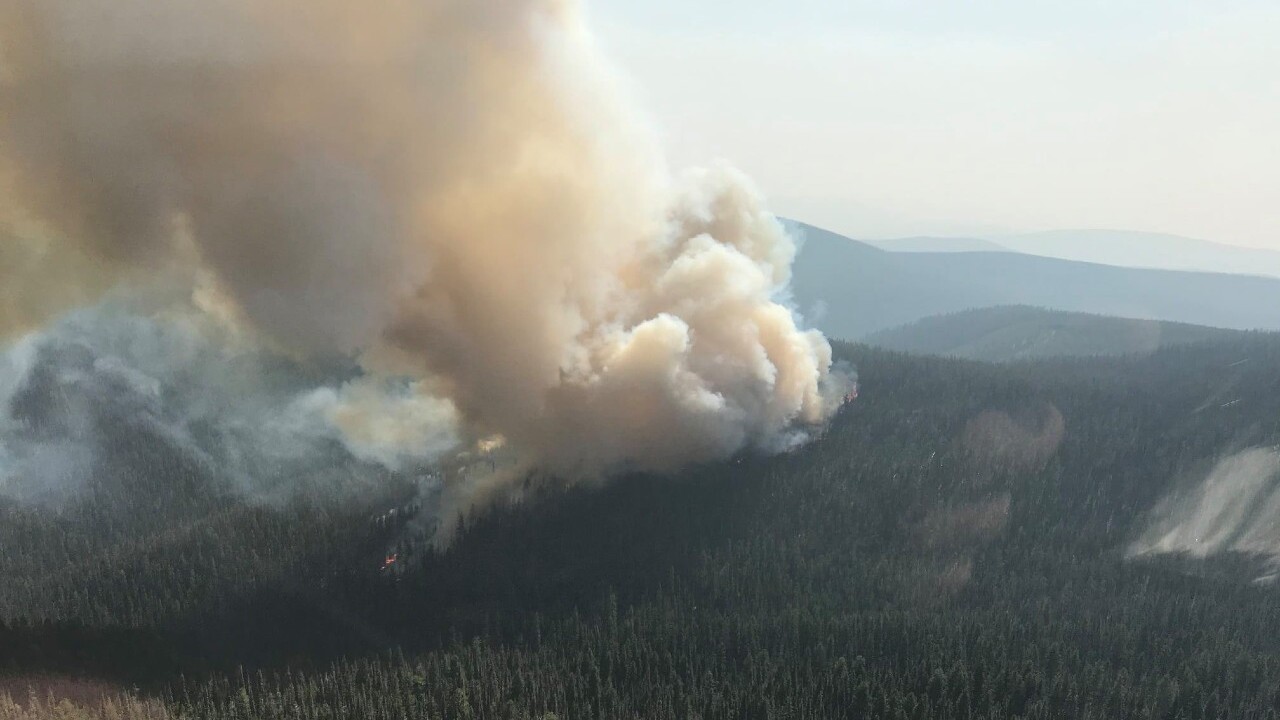 The lightning-sparked Cinnabar Fire east of Stevensville and in the Lolo National Forest increased substantially throughout Monday.

The Forest Service announced late Monday evening that the fire has increased to an estimated 2,000 acres after reportedly sitting at just 90 earlier in the day.

Air operations on the fire did not begin until Monday evening due to smoke and low visibility.

Most of the growth has occurred to the north, northeast and southeast away from the Bitterroot Divide and into the wilderness.

The fire is still burning within the Welcome Creek Wilderness boundary.

According to the update, active fire behavior is attributed to heavy, dead and downed fuels from previous burned areas and beetle-kill, dry and warm conditions as well as terrain-driven fire activity.

The fire is approximately three miles west of the bottom of Rock Creek.

No structures are threatened as of the latest update and 71 firefighters are on scene.

The entire Welcome Creek Wilderness, including all interior trails, is closed to public entry.