CMR student is giving people around the world a “helping hand” 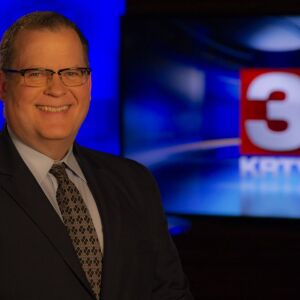 He quickly grabbed on to the idea of helping out.

“We got enough money to buy a printer and we just started printing these,” said Cole. “And we printed about 60 or 70 was our final total when we shipped them off a couple weeks ago.”

Money for the project came from a GoFundMe account and donations from various businesses. Expertise came from Cole’s 3D printing experience at North Middle School while labor came from family and friends.

Instead of patenting the design, Enable makes the design available for people like Cole to produce the hands for distribution.

“We had about 12 that were fully assembled and ready to go,” said Cole. “Those are going to help with leprosy victims in Vietnam.”

Other hands produced by Cole will be completed in Australia and some assembled by students in Japan.

“Kids outgrow these hands as quickly as they outgrow shoes, so there’s always a need for more of them,” said Cole.

The project was painstaking and the production tedious. He said printing each hand takes about seven or eight hours to print.

It can take up to another six hours to fully assemble the hands. Like most technology, there’s the added time of equipment malfunctions.

“Those printers are really fussy and a part will break on them and then you have to wait four months for a replacement part,” said Cole.

Cole calls the project a good introduction to mass production and he may even build more hands and work on improving the design. Despite putting in countless hours, the payoff is priceless.

“A lot of service projects, it’s only going to help someone for a few hours or a few days,” said Cole. “But something like this, it can really change someone’s life.”