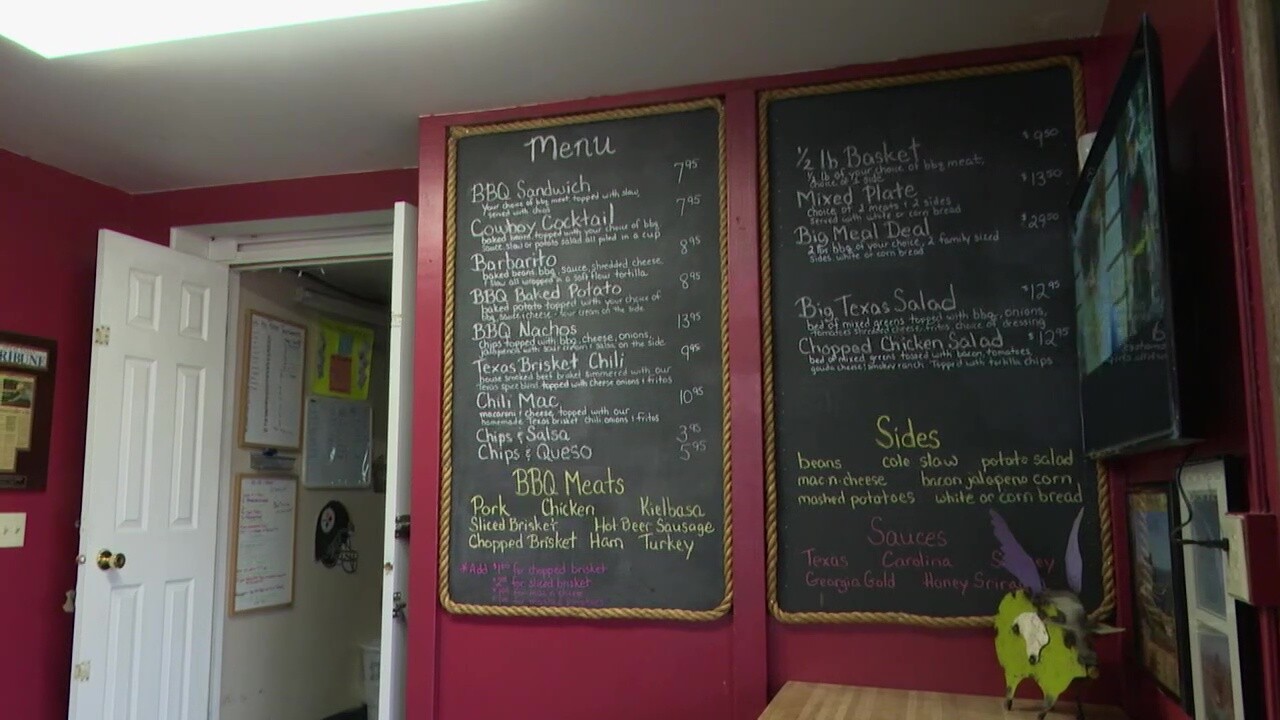 He announced in January his two locations would be consolidated into the restaurant's new home.

Knox says it's been a busy month of renovations as they prepared to open: “We’ve converted this whole area into basically a production kitchen,” said Knox. “Our dining room is now through these double doors at the Hi Ho.”

“We’re very excited to have Sean, I’ve been bugging him every day they’ve been remodeling,” said Klesh.

Several businesses including Stageline Pizza had previously operated in the building's kitchen.

“Times have changed in the bar business,” said Klesh. “Food is very important”

Klesh says finding the perfect pairing between a tasty menu and the tavern was key to the partnership: "They have such a strong reputation, and everybody loves their food"

The location isn't the only thing that's changed; customers will notice a slightly different - but still delicious - menu, according to Knox: “We’re not going to have any fried food. But the barbecue is going to be stellar, we’re finally getting back to our roots.”

Knox says menu items will satisfy a wide range or appetites - they hope to focus on bar patrons and nearby staff and visitors at Benefis Health System and the Great Falls Clinic.

“It’s the perfect food for a dive bar, it just kind of goes with it,” said Klesh.

The Hi Ho Tavern is able to seat up to 100 guests inside, with more seating to follow come for Big Mouth BBQ this summer.

"We'll have a nice deck that we can set up and do events on we can host events in the hi ho,” said Knox. “So yeah, we're just really looking forward to this move."

(JANUARY 7) Big Mouth BBQ, which has two locations in Great Falls, announced this week that they will be consolidating both under one roof.

Big Mouth BBQ owner Sean Knox told KRTV on Tuesday that both locations in town will be consolidating into one new home at the Hi Ho Tavern (2600 10th Avenue South).

The original restaurant on 10th Avenue South is already closed, and the second location at 215 3rd Street NW will shut down on Saturday, January 11th, ahead of the big move.

They plan to reopen at the Hi Ho in mid-February with a new lunch menu featuring lighter dining options along with fresh sandwiches and soups.

Knox says limited kitchen space and a craving to cater toward customers staying in areas such as Benefis Health System and Great Falls Clinic led the change from fried to fresh.

After nearly two decades in business, they look forward to a new move that benefits all parties involved.

Knox said, "We would like to spend more time with our daughter and our family, so basically dialing down, getting back to the basics that we started with, continuing to cater and then starting this beautiful fresh menu for anybody, but really concentrating on Benefis and the Clinic and everybody there."

The northwest location shares space with a brewery, and Knox says he's been working closely with the owners to develop a fresh concept for the space.