Emergency crews respond to report of pedestrian hit by vehicle 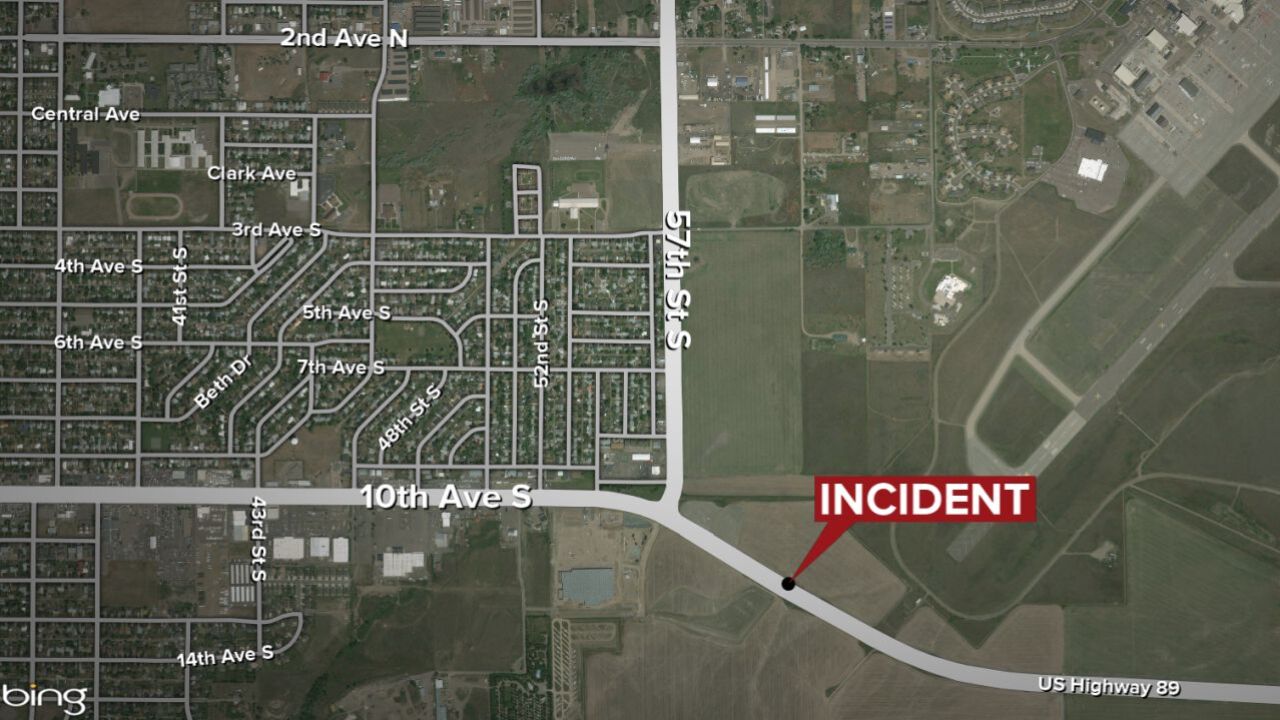 GREAT FALLS — Daphne Scott-Brooks has been charged after she allegedly hit a pedestrian with her vehicle just east of Great Falls. It happened at about 11:18 p.m. on Saturday, September 19, as Scott-Brooks was driving east on US Highway 89 just past the east-side Walmart.

Court documents state that a pedestrian "in the middle of the outside traffic lane" was struck in the legs by the front driver-side of the car. The man's body "immediately folded into the Elantra's hood, impacted and nearly impaling through the front windshield. Likely glancing off the steering wheel and continued to roll over the roof and impacted the rear windshield. Both windshields and the driver front door window were shattered."

The man was attended to by emergency personnel for serious injuries and was unresponsive, and was taken to a hospital for treatment. The next day, the MHP trooper talked with the victim, who did not recall the incident. He sustained two fractured femurs, several broken ribs, and a concussion with a sutured laceration on the back of his head

Court documents state that Scott-Brooks was "visibly shaken" at the scene, and sustained an injury to her left hand, and exhibited bloodshot and watery eyes and spoke loudly. The MHP trooper talked with her inside an ambulance and reported a strong odor of an ingested alcoholic beverage emitting from her. During the conversation, she reportedly said she consumed one glass of wine with dinner. She was taken to Benefis hospital for treatment, and the trooper noticed a strong odor of an ingested alcoholic beverage in the trauma bay. While again talking with Scott-Brooks, she admitted to having two glasses of wine with dinner and displayed an "intermittent slurred speech pattern."

Scott-Brooks was read the Montana Department of Justice Alcohol Testing Advisory and she agreed to provide a breath sample. She was then read the Defendant the Montana Implied Consent Advisory and she refused to provide a blood sample. Investigators applied for and were granted a search warrant for her blood; the sample has been sent to the state crime lab for analysis.

Scott-Brooks has been charged with with one felony count of negligent vehicular assault; there is no word yet on whether additional charged might be filed.

The Cascade County Detention Center was not able to provide a booking photo of Scott-Brooks.

(1st REPORT) Emergency crews responded to a location on the east side of Great Falls for a report of a pedestrian that was hit by a vehicle.

The incident was reported as an "injury crash" to the Montana Highway Patrol at 11:21 p.m. on Saturday. It happened just east of 57th Street along US Highway 89 (10th Avenue South).

According to initial reports, a person was seen walking in the middle of the road, was nearly hit by at least two vehicles, and was hit by a third.

There is no word on the condition of the person at this point. We will update you if we get more information.