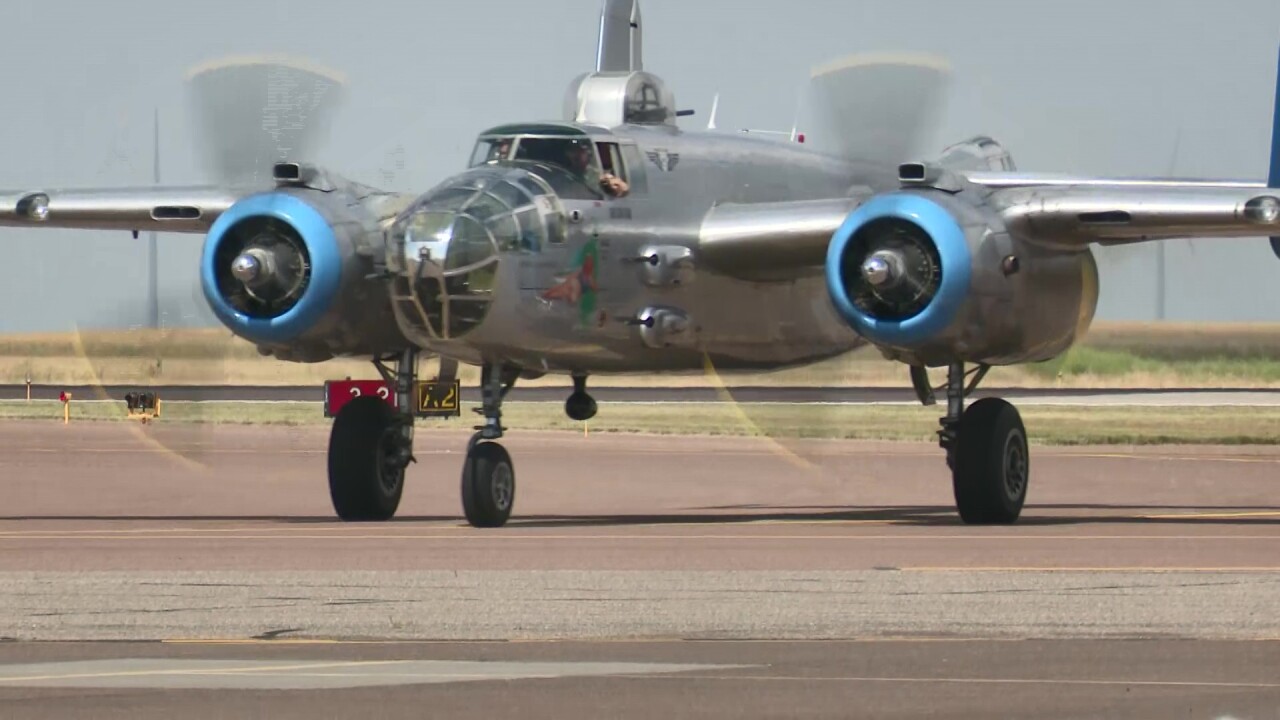 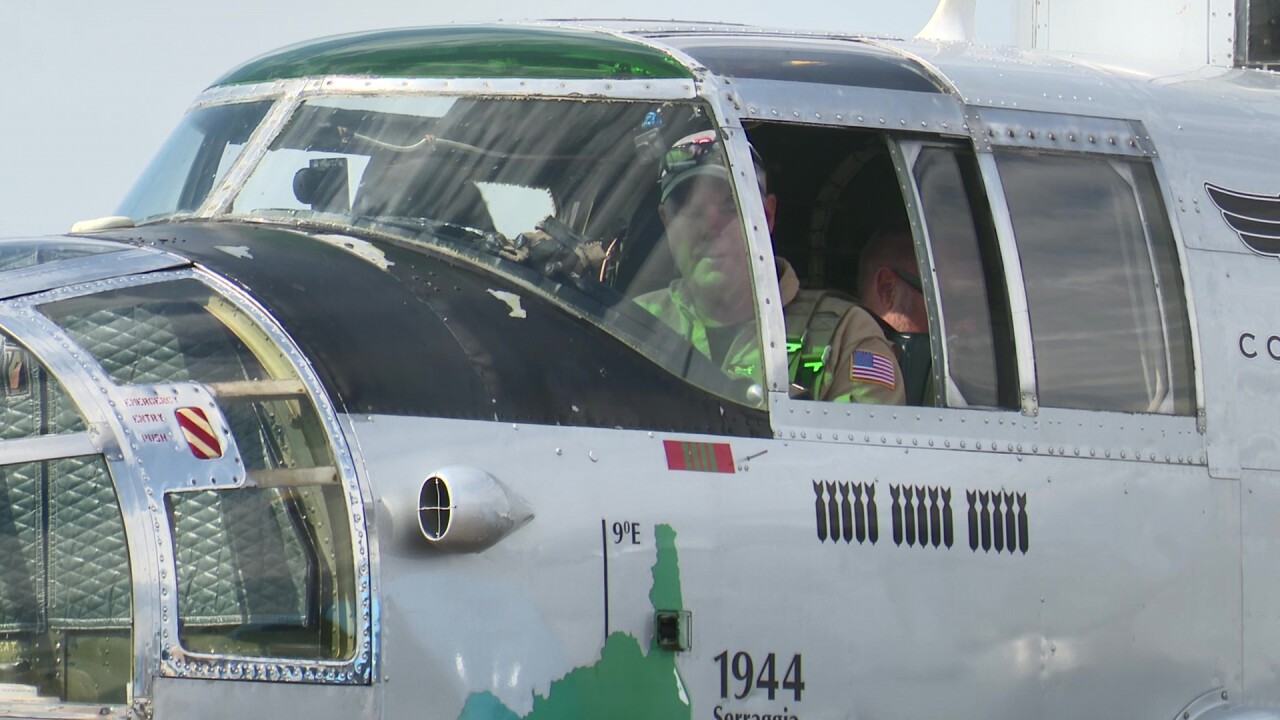 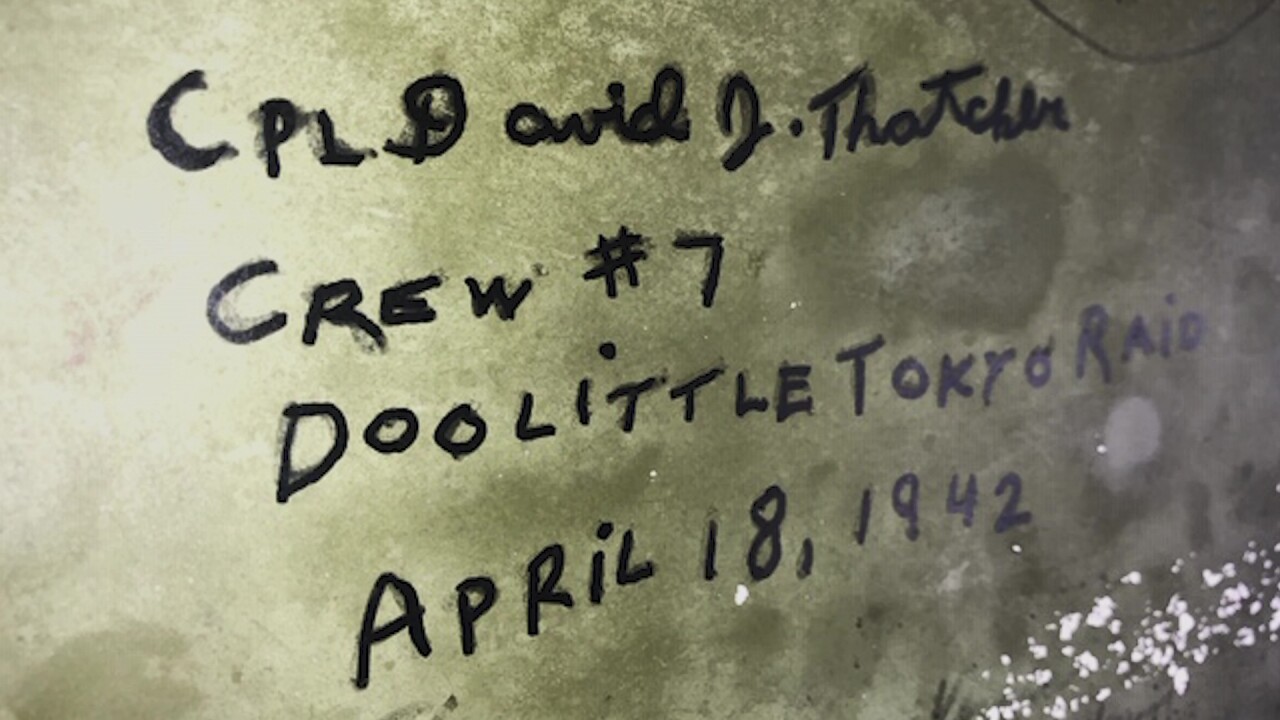 After landing, a ceremony was held in honor of the veteran aircraft - featuring guest speakers from the Montana Veterans Memorial Association, Malmstrom Air Force Base, the Montana Air National Guard, and the Commemorative Air Force (Arizona Airbase).

Brigadier General Rex Tanberg (retired), former commander of the MT ANG 120th Fighter Wing, explained why the B-25 arrival holds significance for all residents: “History is so important and this is part of history. The B-25 was one of the main medium bombers in World War Two in every theater around the world - to be specific, Europe, Asia, Japan. It’s important to remember that."

This historical relic flew 15 combat missions and bears the signatures of dozens of men and women involved in its construction and operation during WWII.

Among those names are Doolittle Raiders Staff Sgt. David Thatcher and Lt. Col. Ed Saylor, as well as ‘Rosie the Riveter’ Betty Hayes.

The bomber plane was constructed in the shade of an airplane hangar, from which it derives its name ‘Maid in the Shade’. Although 10,000 of these aircraft were originally built, only 34 still fly today. The bomber will be on display at Holman Aviation -1940 Airport Court from August 3-9 for ground tours, and August 7-9 for plane rides.

Ride times vary. Click here for more information and/or to schedule a ride. Tours cost $10 per person and $20 per family. Rides cost $325 for a waist gunner seat and $590 for a front jump seat.