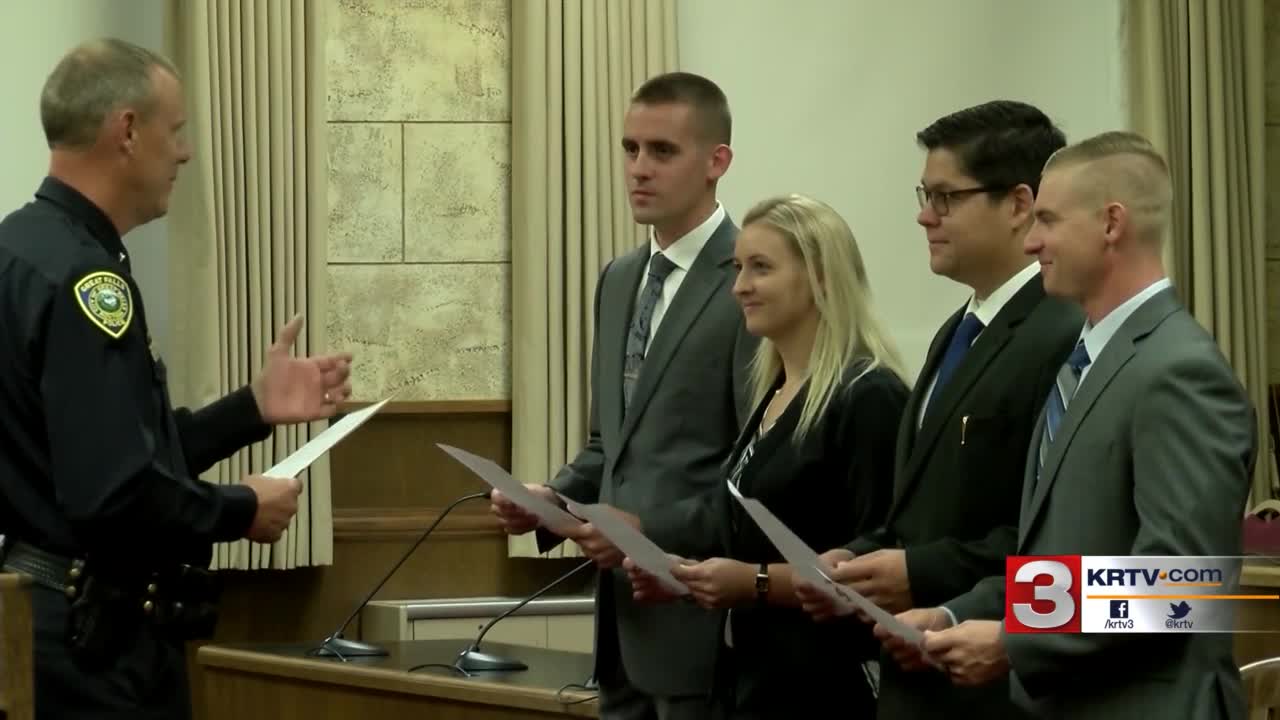 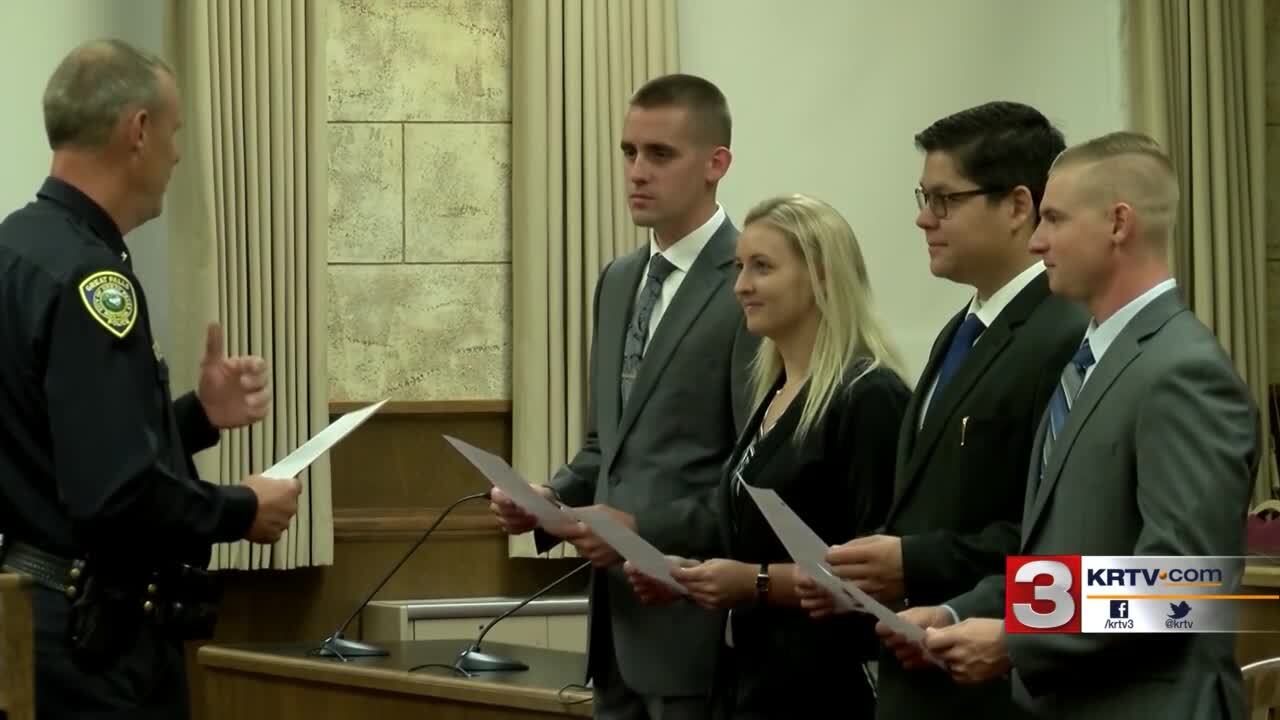 Cascade County Judge Parker was the one to swear in the new officers. Before doing so, he said, “We can’t know who the people will be who you’ll help, the cases you’ll solve, the lives you’ll save, but one thing that I do know is you’re going to have a chance to make a profound difference for other people.”

The four new officers will take on badge number 347 through 350. With the addition of these new officers, GFPD is now fully staffed with 89 officers.

One of the new officers is familiar with the department. Shayne Stadel has been working with Accident Investigating over the past five months.

Shayne said, “I can’t express how much I’d recommend somebody doing this, if they get the chance to before they go to the academy because I’m not from Great Falls, I’m from Columbus so being able to do this, it allowed me to learn the city, learn the computer systems, everybody’s name, everything before I go to the academy. So, it will put me ten steps ahead of where I would be.”

He is most looking forward to being able to help people.

For most of his life Shayne has had the desire to become a police officer and was inspired by his family members who served in the military.

Shayne will take on badge number 348.

One new officer did not always want to be a police officer and started off college as a pre-veterinary major.

Samantha Gondeiro will take on badge number 349.
She said, “I love animals, but it wasn’t the career for me. I started noticing in the police departments around town wherever I went, I was like ‘well that sounds really exciting.’ They’re always helping people, they get kind of a bad rep sometimes and I really want to change that. So, I thought this would be an awesome career for me. It’s something different every day, it’s something fun and exciting and I really get to help people.”

She is most looking forward to meeting members of the community, be apart of their lives and hopefully help them out in some way.

He started off his career with the United States Marine Corps, where he served nearly nine years. fter his USMC service, Brett has hired with the Bureau of Land Management as a wildland firefighter during the fire seasons of 2015 through 2019. He fought on many fire fronts in Montana and across the United States.

Because of their influence, Benjamin has had a desire to be a GFPD officer for some time.

The four new officers will leave on Sunday to attend the Montana Law Enforcement Basic Training in Helena. They will graduate in December.