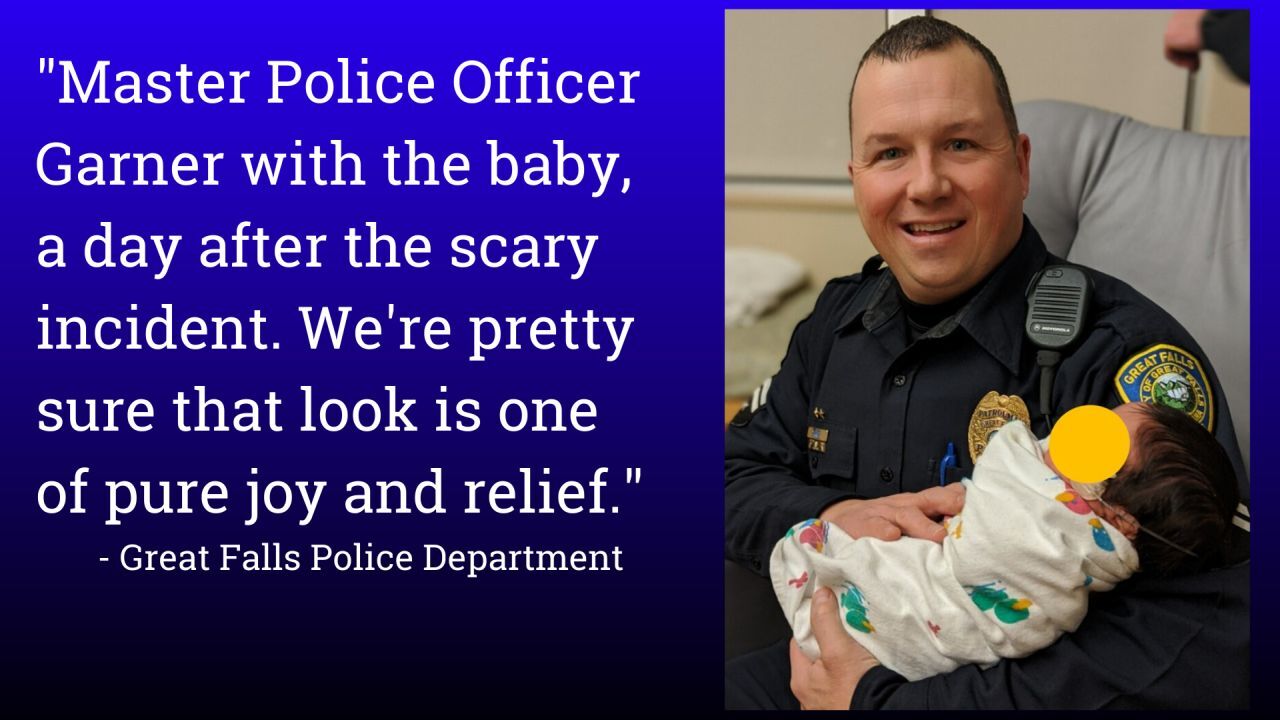 GREAT FALLS — The Great Falls Police Department on Monday shared information about a life-saving call that officers responded to recently.

HERO ALERT! Recently Great Falls' emergency responders got the chance to experience one of the most scary, and most rewarding, calls. At approximately 9pm, 911 Dispatcher Chelsea received a call for help with an infant not breathing. Chelsea guided the family through CPR while Dispatcher Doug W got emergency medical teams from Great Falls Fire Rescue and Great Falls Emergency Services headed toward the scene. And, Dispatch Supervisor Leather sent GFPD officers to help.

Officers Garner, McAdam, and Fleming arrived within just 3 minutes of the initial call to 911. The officers administered CPR to the baby who was unresponsive and not breathing. Just as Great Falls Fire Fighters arrived the baby began taking occasional gasping breaths. Shortly after firefighters began providing ventilation, the baby began to breathe and cry. The child was taken to Benefis Health System Emergency Department for further care.

The next day the officers went to visit the baby at the hospital. Mom reported the baby was doing great and she was grateful they came to see them. Mom told the officers the apnea alarm on the baby's bed sounded and she found the infant limp, blue, and not breathing. HERO MOM kept her baby alive by administering CPR until officers arrived.

***When preparing information for this post we reached out to 911 Dispatcher Chelsea (several days after the incident) to hear her version of the story. Chelsea immediately asked "did that baby make it?" We point this out to remind you that the 911 dispatchers often don't get closure to an incident they may be very involved in. It is one of the sacrifices they make in service to our community. We are proud of the team at 911 and so appreciative of their service to our officers and all of Cascade County. ***

The mother of the baby left a heart-felt comment on the GFPD Facebook post: "To Officer's Garner, Flemming and McAdam, you guys will forever be in my heart. Thank you so very much for saving my little boy, I appreciate you guys so very much. Continue to do an amazing job, you guys are my Heroes."

If you would like to learn CPR and other first-aid measures, one option is to visit the American Red Cross website. Another option is to contact The Peak Health & Wellness Center; the Peak website says that they offer CPR/AED and First Aid Certification courses several times per year. To register you can call the Peak at 727-7325.

The U.S. National Library of Medicine has information about sleep apnea monitors, including this overview: "A home apnea monitor is a machine used to monitor a baby's heart rate and breathing after coming home from the hospital. Apnea is breathing that slows down or stops from any cause. An alarm on the monitor goes off when your baby's heart rate or breathing slows or stops."