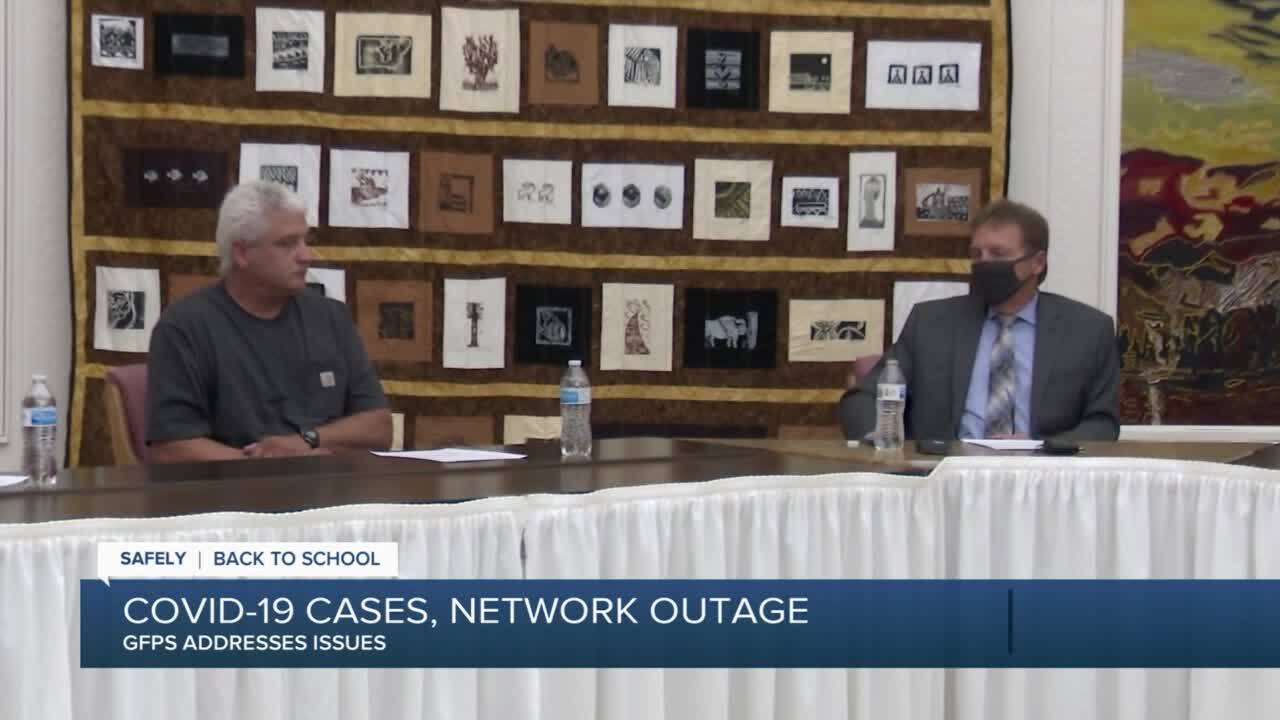 GREAT FALLS — Stop-and-go will be the name of the game for public schools in Great Falls for the foreseeable future.

School district officials hosted a news conference on Monday afternoon in response to new COVID-19 cases identified at Great Falls High School over the weekend. The cases caused the district to shut down the high school on Monday and Tuesday.

Great Falls Public Schools superintendent Tom Moore said there is no number of cases he could name that would cause the district to shut down and go to 100 percent remote learning. If and when a school shuts down depends on the number of active cases there, the number of people in quarantine, and the school's population.

During the news conference, Moore revealed that as of Monday, there are about 200 Great Falls High School students and staff in different stages of isolation, but the district only had 14 active COVID-19 cases.

Moore said there simply wasn't enough time for the necessary cleaning and contact tracing to be done for the new cases over the weekend at Great Falls High School before school resumed Monday.

"At some point, we may have to make some tougher decisions about the entire district. We'll do that with a task force, or a team of people, that includes our school board and other health officials in the community and our administrative team,” said Moore.

District officials also addressed the recent computer network outage, caused by a ransomware attack. They said some of the systems that were affected were being brought back online as of Monday, but exactly how this attack happened and who's behind it was still under investigation.

MTN also asked about the potential cost. Moore said there was no number Monday, but there will be a lot of overtime being paid and there could be future costs for additional protections.

Cascade County has reported a cumulative total of 447 cases as of Monday, an increase of three since yesterday. Of those, 253 are listed as recovered, 189 are currently listed as active, and five people have died.

There were 86 new cases and three new deaths added to the total on the Montana Response COVID-19 tracking site on Monday morning. The data below is from the official Montana website on September 14: