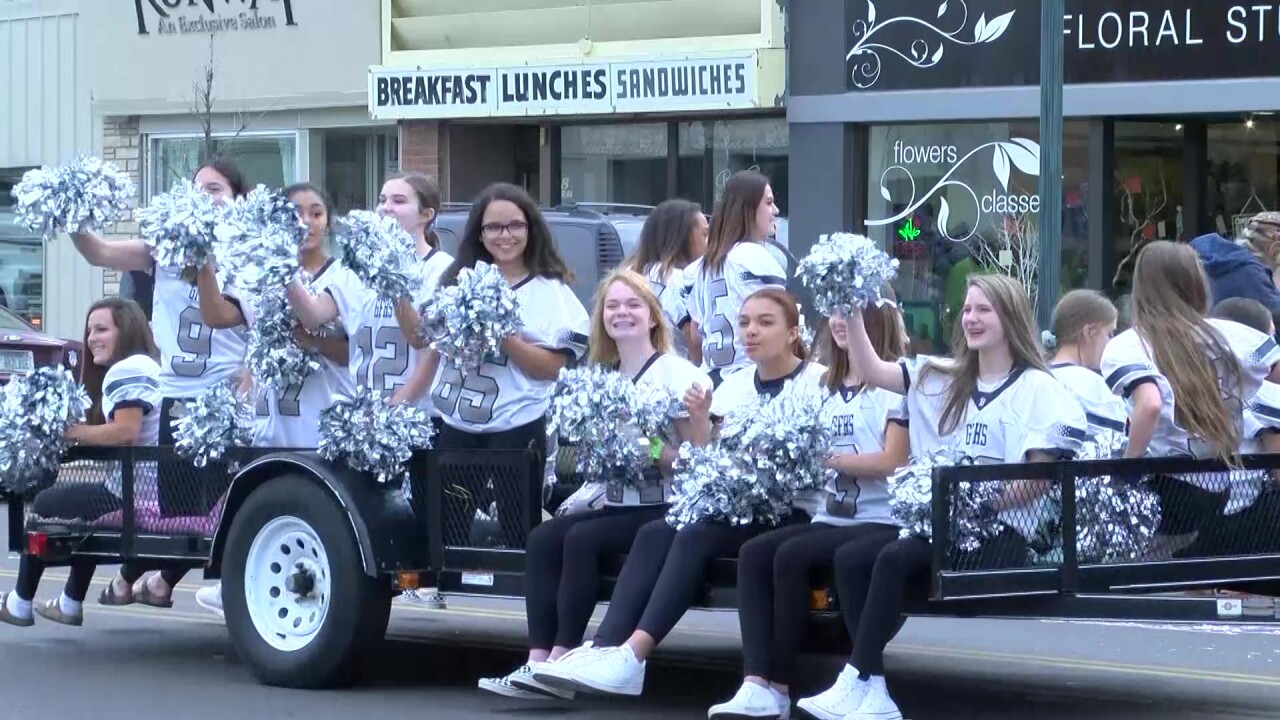 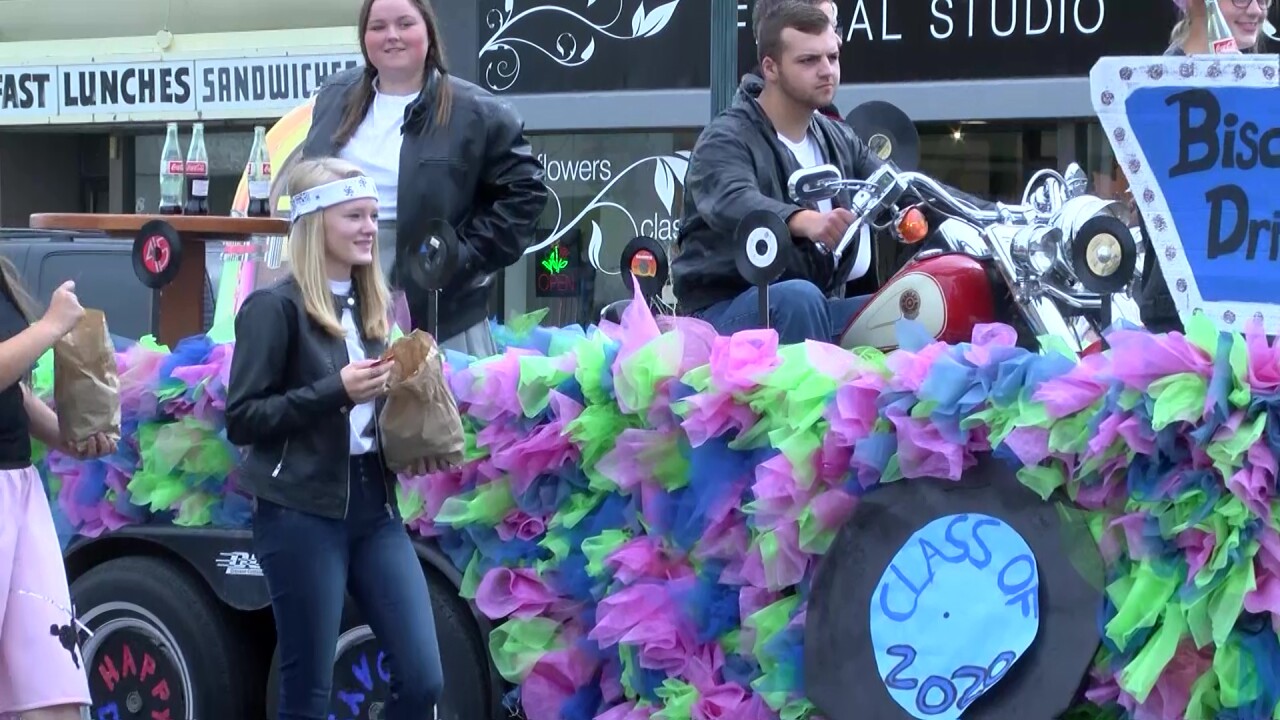 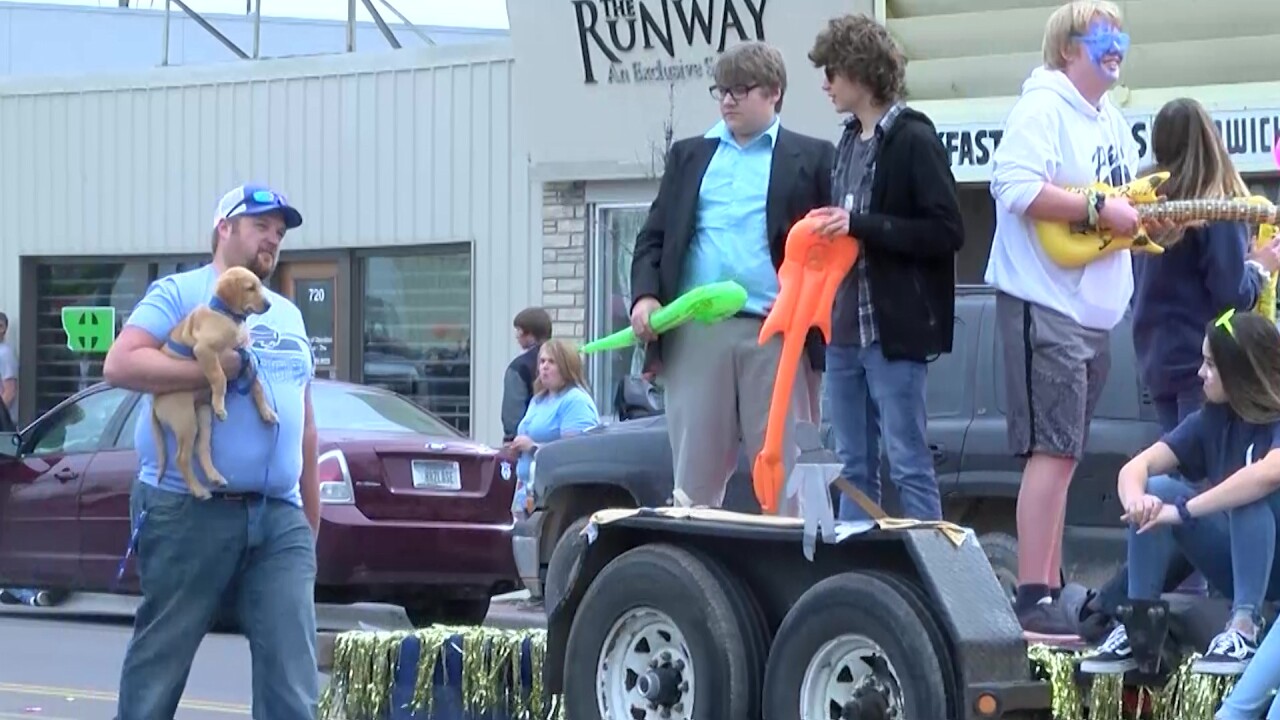 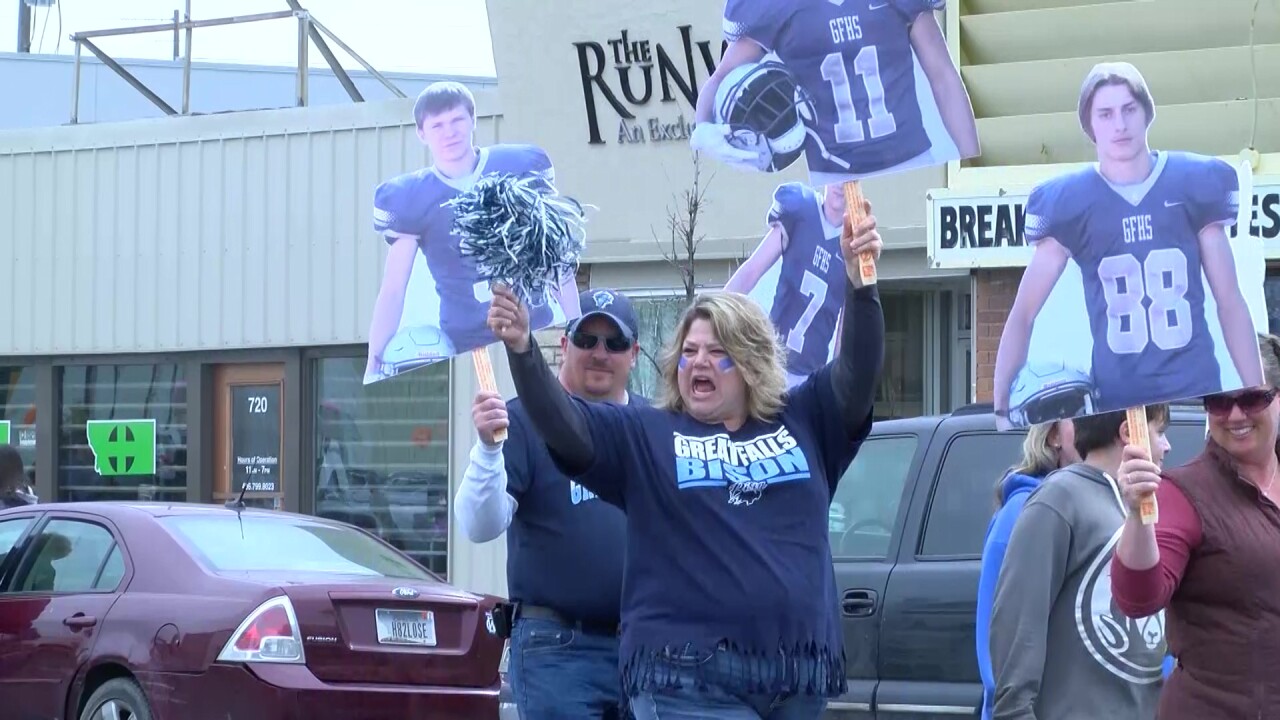 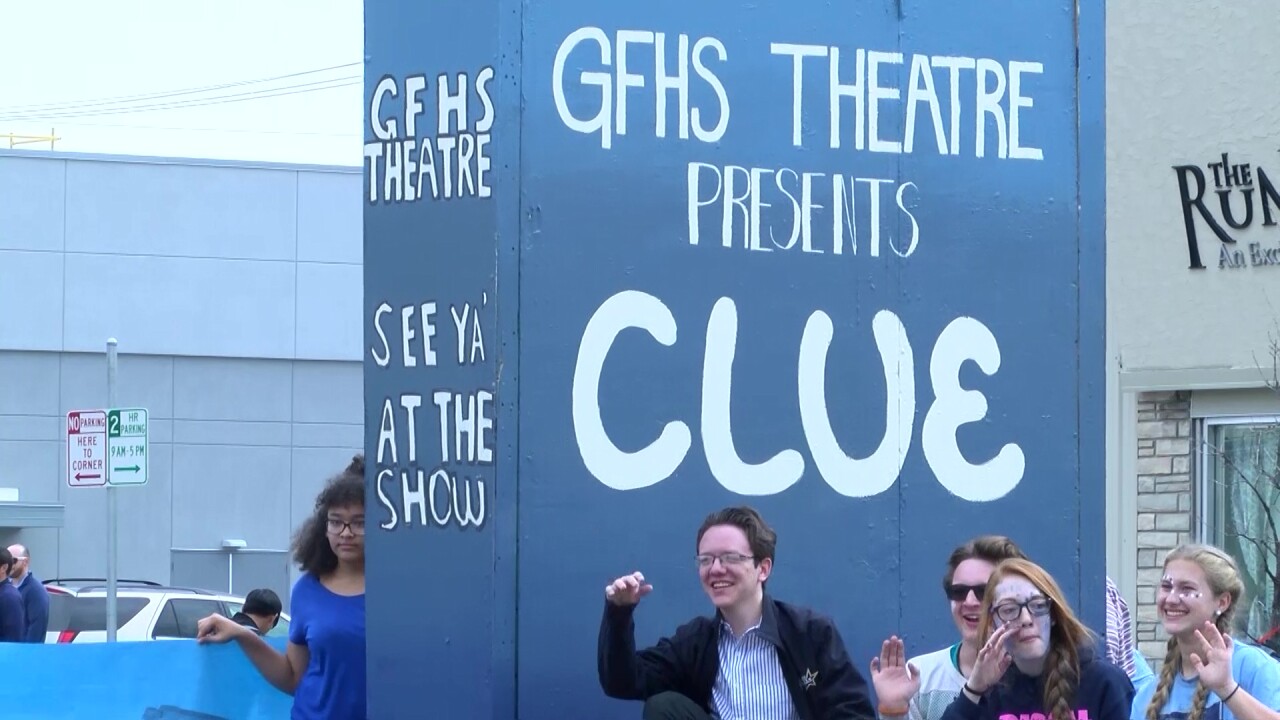 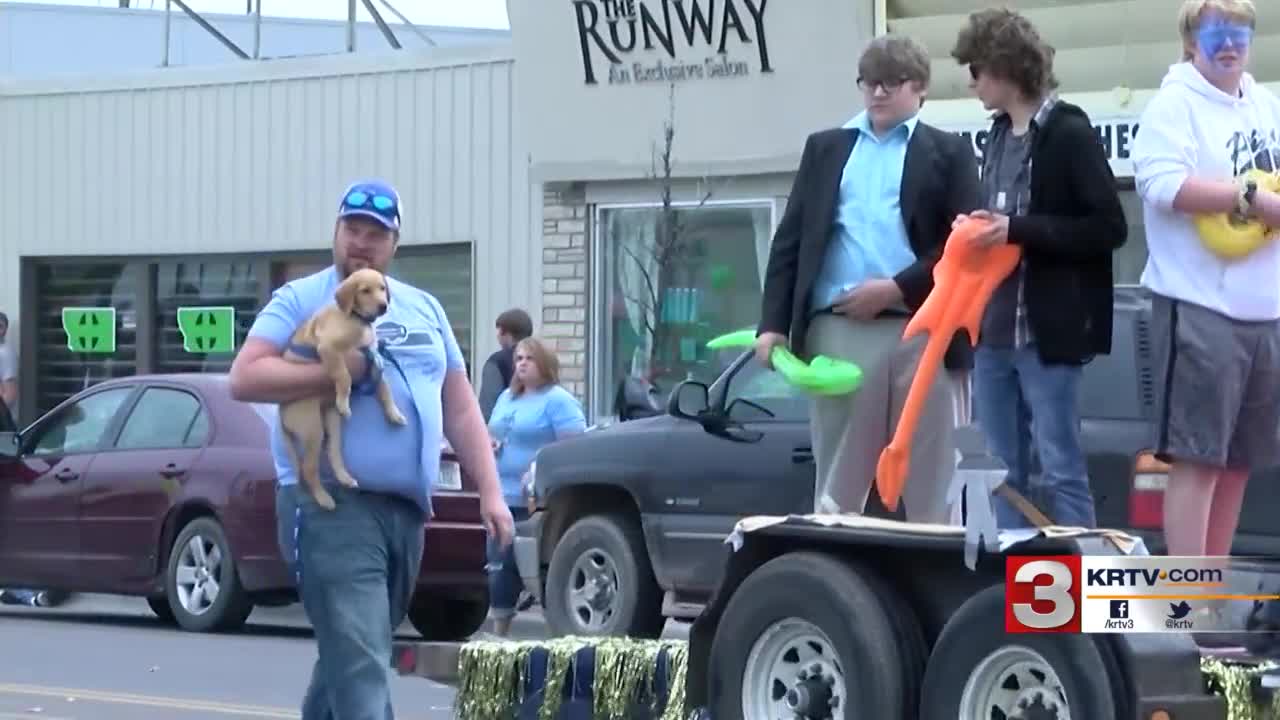 GREAT FALLS — Great Falls High School kicked off the fifth and final day of their Homecoming Week with a parade through Central Avenue on Friday afternoon.

Students were released from class by 11:35 a.m., giving them time to enjoy a “Bison Barbecue” and activities before heading downtown to the parade, which began at 1:30.

The parade featured floats carrying students from organizations such as the drama club and the athletic department.

Parts of Central Avenue and some other streets near downtown were temporarily closed while the parade was in process.

Homecoming Week began on Monday with “Clash Day”, where students were permitted to wear hats as long as they were Bison colors and/or had the Great Falls logo on them.

Tuesday was “Twin Day," meaning students were encouraged to dress alike with one or more of their friends. Wednesday was “Theme Day.” Each class had a different theme for the day. Freshman dressed as characters from the TV show 'Friends,' sophomores drew their inspiration from MTV, juniors got 80s cartoons and Scooby Doo, and the seniors got the 70s-80s sitcom Happy Days.