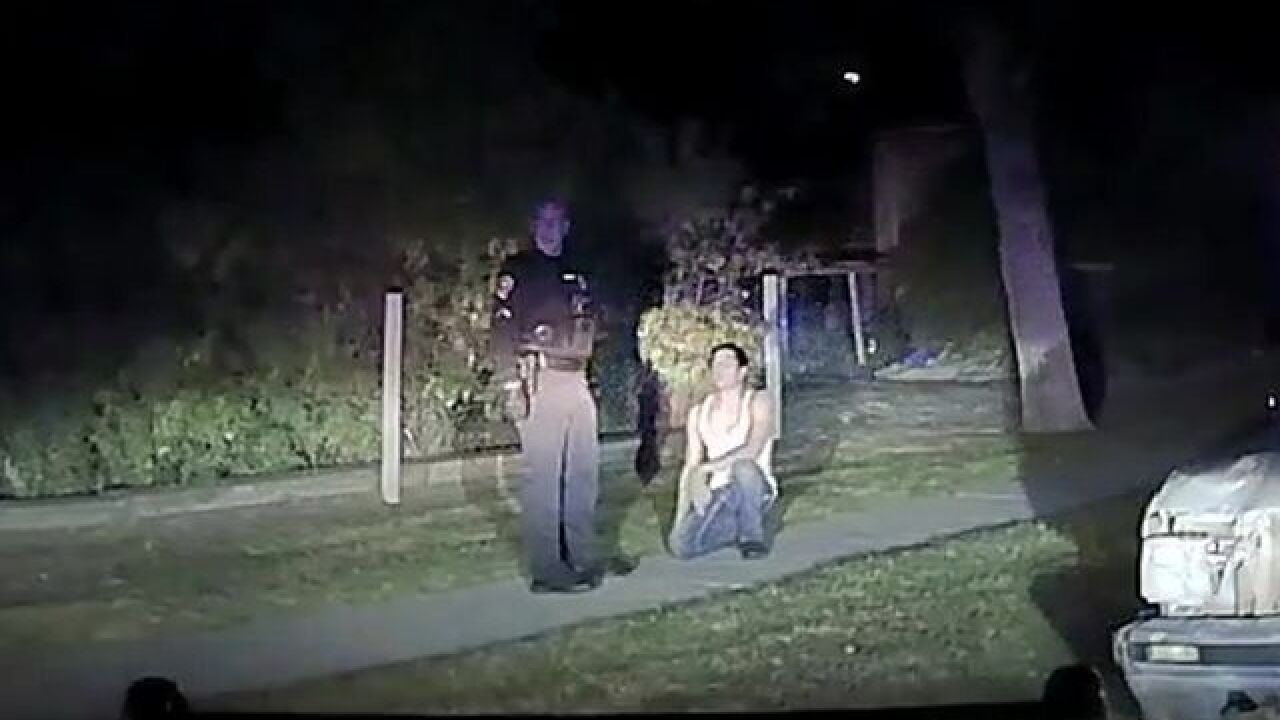 GREAT FALLS — A man is suing several Great Falls police officers and the city for what he claims was an excessive use of force against him. The incident happened on September 21, 2019 on the sidewalk along the 400 block of 12th Street South.

In the lawsuit, Aaron Dale claims he was kneeling on the sidewalk as officers talked to him while investigating a report of a fight. He alleges that one of the officers refused to listen to him, jumping on him and arresting him. The lawsuit claims Dale was injured and suffered mental and emotional trauma, but it does not say exactly how much money he’s asking for.

Great Falls police declined MTN’s request for an interview because the case is being litigated, but Police Chief David Bowen did release a statement. It says, in part, “I believe this is an isolated incident and not representative of the department as a whole.”

Here is information from the court documents:

On or around September 21, 2019, Dale Aaron (“Plaintiff”) was walking along a sidewalk on 409 12th Street South with a female at around 1:51 a.m. At around that same time Great Falls Police Department received a call that three to four people fighting, though the argument or altercation calmed during the 911 call. There were no reports of injuries or weapons.The 911 caller reported that some of the men walked off, were still yelling at each other, and she could not see them. The 911 dispatcher relayed this information to police officers who then responded to the area.Great Falls Police Department Officers responded to the scene in a patrol vehicle. An officer approached Plaintiff while he was walking on the sidewalk. Plaintiff stopped to speak with the officer. Plaintiff appeared exhausted, and knelt on his knees while talking with the officer. Officer inquired about a possible fight in the area. Plaintiff tried answering his questions, but Officer was not listening to Plaintiff. After Officer erroneously narrated part of Plaintiff’s account, Plaintiff accused Officer of not listening to him. Officerthen yelled at Plaintiff and asked if he wanted to be handcuffed, and accused Plaintiff of interfering with his investigation. At the time Officer made this threat, Plaintiff was still on the ground on his knees answering Officer questions.Officer then asked Plaintiff what his name was. Plaintiff responded that it was none of Officer's business. Plaintiff was still on his knees. At that time, Officer jumped on Plaintiff, forced Plaintiff on his stomach, and employed a reverse choke hold on Plaintiff.While he had a reverse choke hold on Plaintiff, Officer yelled to Plaintiff, “When I ask you to do something – you do it.” Officer had not told the Plaintiff he was under arrest orotherwise verbalized to him that he was being detained. The Reverse Choke Hold lasted for approximately 37 seconds.Officers then roughly handled Plaintiff using more force than was necessary to handcuff Plaintiff while they pinned him down and attempted to get Plaintiff’s hands behind his back.After the sidewalk incident Officers detained Plaintiff and placed him in a patrol vehicle. After the encounter, Plaintiff was charged with Assault on a Peace Officer or Judicial Officer, Resisting Arrest, and Obstructing a Peace Officer or Other Public Servant.During Plaintiff’s criminal case proceedings, prosecutors discovered a “Use of Force Report” or other internal report which was not disclosed to Plaintiff’s criminal defense lawyers.Upon discovery of this report, the County Attorney’s Office opted to dismiss all charges against Plaintiff. Plaintiff was not provided with the report.The officers involved in the incident specifically documented in their police narrative of the sidewalk incident that Plaintiff was intoxicated, slurring his words, becoming belligerent, and was getting increasing agitated.In actuality, Plaintiff did not display belligerent behavior. Video of the encounter reflects that Plaintiff was on the ground on his knees answering Officer's questions and displayed no indication of threatening behavior. That part did not make it in Officer's report when he described Plaintiff’s aggressive behavior as reason for using force and employing a choke hold on Plaintiff.The Officers did not, to Plaintiff’s knowledge, assess him for a concussion (recent fight), blood alcohol content, or closed head injury (37 second choke hold). They did note his behavior, was to their perception, belligerent and intoxicated.