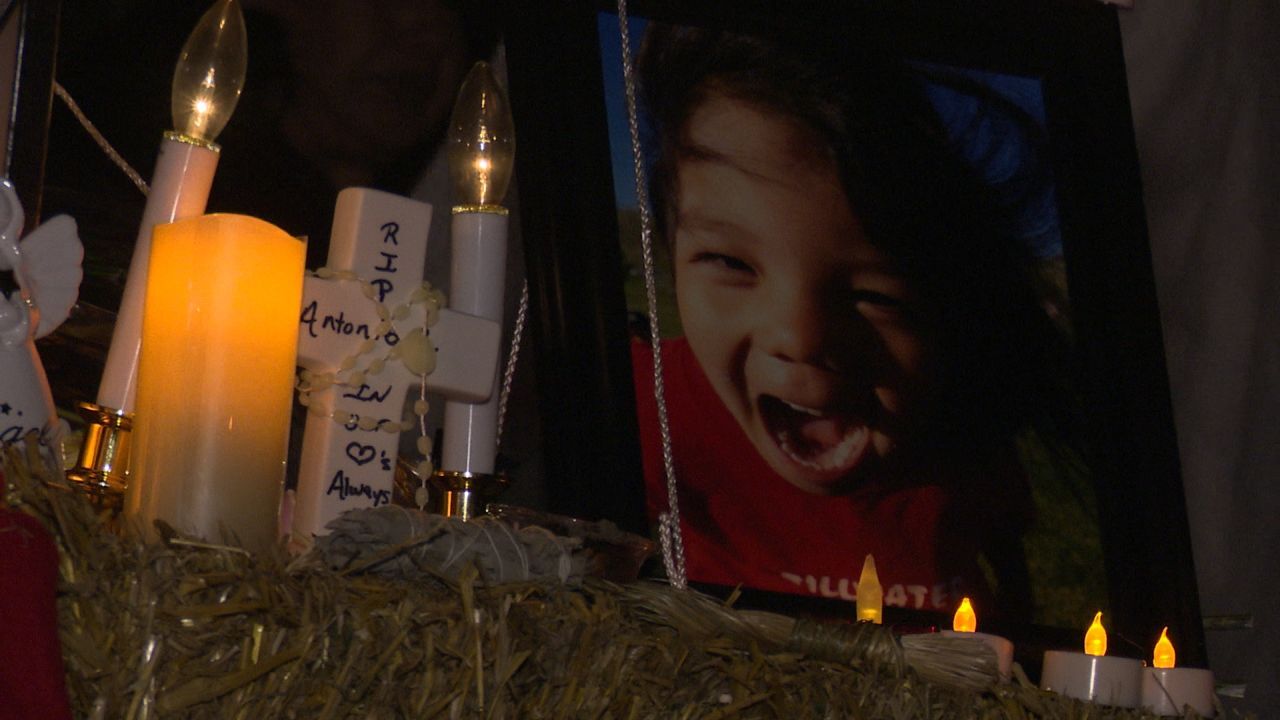 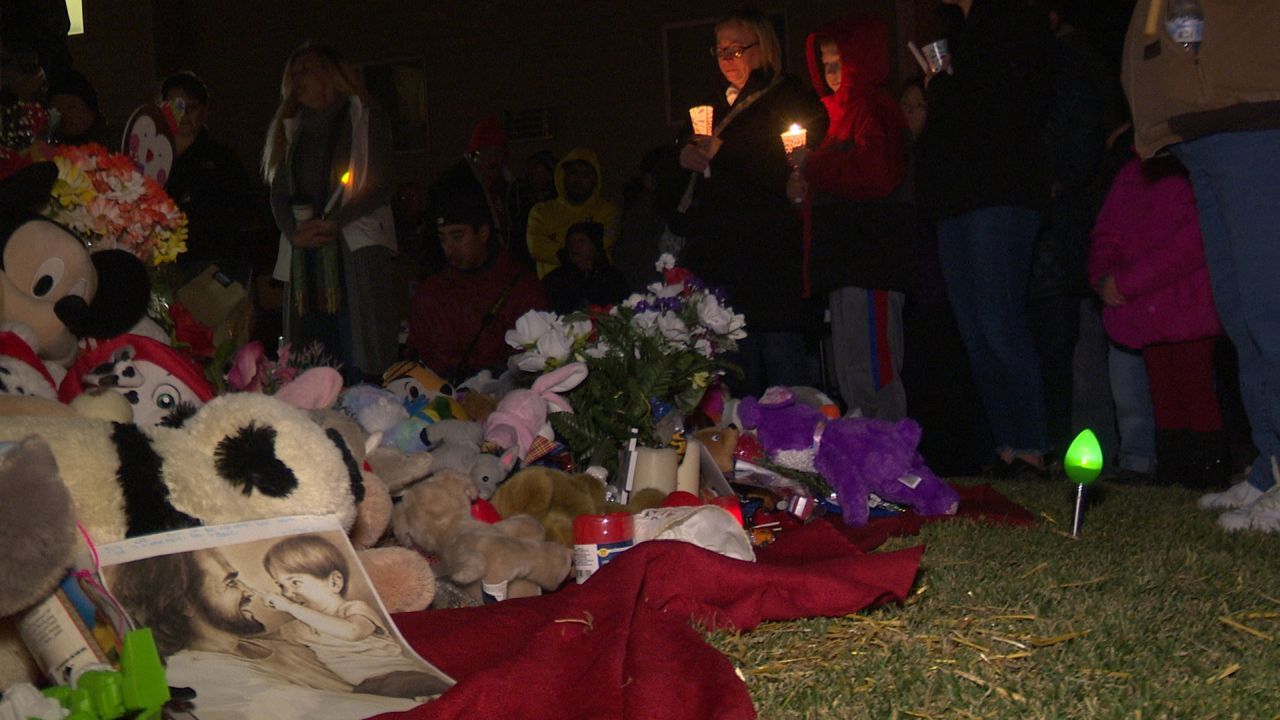 GREAT FALLS — The Great Falls community continues to mourn after five-year old Antonio “Tony” Renova was found dead in an apartment last week. On Sunday evening, scores of people gathered outside the apartment building where it happened.

Mother-of-three Kelsey Johns and her sister-in-law Amy Roberts were struck by the tragedy and decided to take action. “I saw my sister in law and my mother-in-law, how affected they were by it. They wanted to do something but they were still in the shock mode and it hit me right there that this isn’t okay,” Johns said.

“The only way to move forward is coming together and being stronger and smarter,” Johns said.

Johns and guest speaker Christie Slaughter, a member of the Board of Directors for Toby’s House Crisis Nursery, urged the entire community to take responsibility for their role in reporting cases like Antonio’s.

“It starts with a report. I can tell you that if anyone here tonight was there that night that the horrible things that happened to Antonio happened, you would have done everything in your power to stop it. And that’s why we’re here tonight-so we can stop this from ever happening again,” Slaughter said.

Roberts agreed, insisting that awareness is key. “We just need to be more aware and keep our eyes open to things like this,” she said.

Christy Foster, who was Antonio's foster mother from shortly after he was born until he was given back to his birth parents in February 2019, told MTN News, "Tony was a sweet boy. He loved animals. He always knew how to make people laugh because he was such a ham. He loved going to church. He loved learning new things." She assured us that he experienced much happiness and joy during his years with them.

The Dandelion Foundation is partnering with Tony's family to host a community funeral in his honor. The Dandelion Foundation tells MTN News that Tony's maternal grandfather has been given the rights to lay Tony's body to rest. In a press release, the Foundation said that Tony's grandfather is the only family member authorized to handle arrangements intended to "honor Tony's short life and bring awareness to his tragic death."

"Tony's Last Honors" will take place in early December. The exact date has not yet been finalized, and the location of the event has not yet been released. While there are several GoFundMe accounts started online, MTN has been told this is the only event that has been authorized by the family. We have not been able to verify the legitimacy of any existing GoFundMe accounts that are using Antonio's name.

Three suspects, including both of the boy's parents, now face criminal charges for Antonio's (Tony) death.