New owner for Five Loaves Too

The bakery and coffee shop is at 300 Smelter Avenue NE 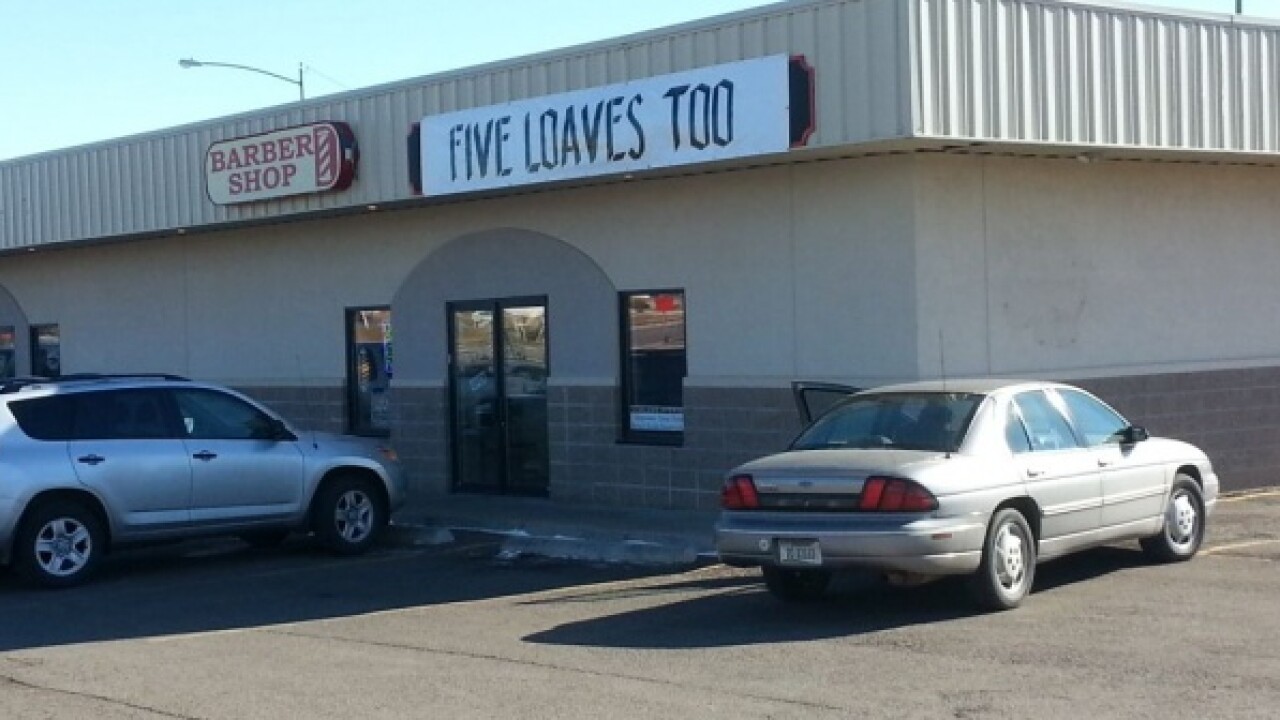 GREAT FALLS — FIve Loaves Too, which closed several months ago, is back in business with a new owner. The bakery and coffee shop is at 300 Smelter Avenue NE. Beth McKinney was a loyal customer of the shop, and when she learned it was closing, she decided to take the plunge.

“I found out that this location was for sale and suddenly the sun started shining again,” McKinney said. She took over on October 2nd while former owner Jonathan Martin taught her the basics.

“Jonathan, the previous owner, he’s been very supportive very helpful. He’s been with me every step of the way,” McKinney said. And on October 7th, the bakery was all hers.

“I wanted people to know that Five Loaves was still alive. It wasn’t going to just disappear,” McKinney said.

Before she became the new baker in town, the new business owner first had to leave behind her previous career, so she took a chance and changed her course, leaving her position at the Great Falls Community Food Bank. “I loved it there. I loved the people. I loved what we were doing. But I just felt in my heart that it was time for me to do something that was going to make a different mark,” McKinney said.

McKinney’s mission to make her mark became clear when tragedy struck her family. “I lost my mom early this year and it really made me realize that you don’t know how long you’ve got and when an opportunity presents itself, you've got to look at it,” McKinney said.

McKinney’s mother also inspired a major change for Five Loaves Too - a personal name that fits its new owner. “It’s going to be Bright Eyes Cafe. My mom has called me 'Bright Eyes' since the day I was born, so it’s just a nod to her,” McKinney said.

The name “cafe” encompasses the new cooking plans she hopes to incorporate. “I’m going to add some things of my own, do a little more on the lunch side of things,” McKinney said.

McKinney intends on introducing new dishes, like ice cream and gluten-free items - but plans to keep the same signature recipes in rotation. “I really hope to keep people happy and keep their favorites as much as I can,” McKinney said. "No matter what changes may come, Five Loaves Too will remain the same bakery customers know and love," she says. “Just because I’m changing the name and doing my own thing, doesn’t mean it’s still not Five Loaves at heart,” McKinney said.

Five Loaves Too will undergo rebranding in January, including the new name, a larger menu, and more hours of operation.

(FEBRUARY 8, 2019) A Great Falls coffee shop will soon close its doors after 14 years of business. Five Loaves Coffee House & Bakery owner Jonathan Martin said he is ready to close up shop to spend time with his grandkids and pursue other adventures.

“I am 70 years old and I have 17 grandchildren, who I do not get to spend any time with,” Martin said.

Martin said when they first opened their doors, it was his three daughters and Leah Robinson, who now owns Crooked Tree Coffee and Cakes. “We started out with a Christian flavor with Five Loaves. The name is from the miracle of the five loaves and the two fishes in the bible,” Martin said.

He said the goal of Five Loaves was not only to have good food, but to minister by their lives as well. He is ready to move on to the next chapter in his life, but will miss the people. “I really enjoy visiting with people. They’ll sit and visit for a while. I think I will miss that the most. I also enjoy making lattes and things like that too,” Martin said.

Five Loaves at 4117 2nd Avenue North, Five Loaves Too at 300 Smelter Avenue Northeast, and the two locations on Malmstrom Air Force Base will be open until the end of April. As of Monday, February 11, they will no longer serve soup, sandwiches, salads, or wraps.