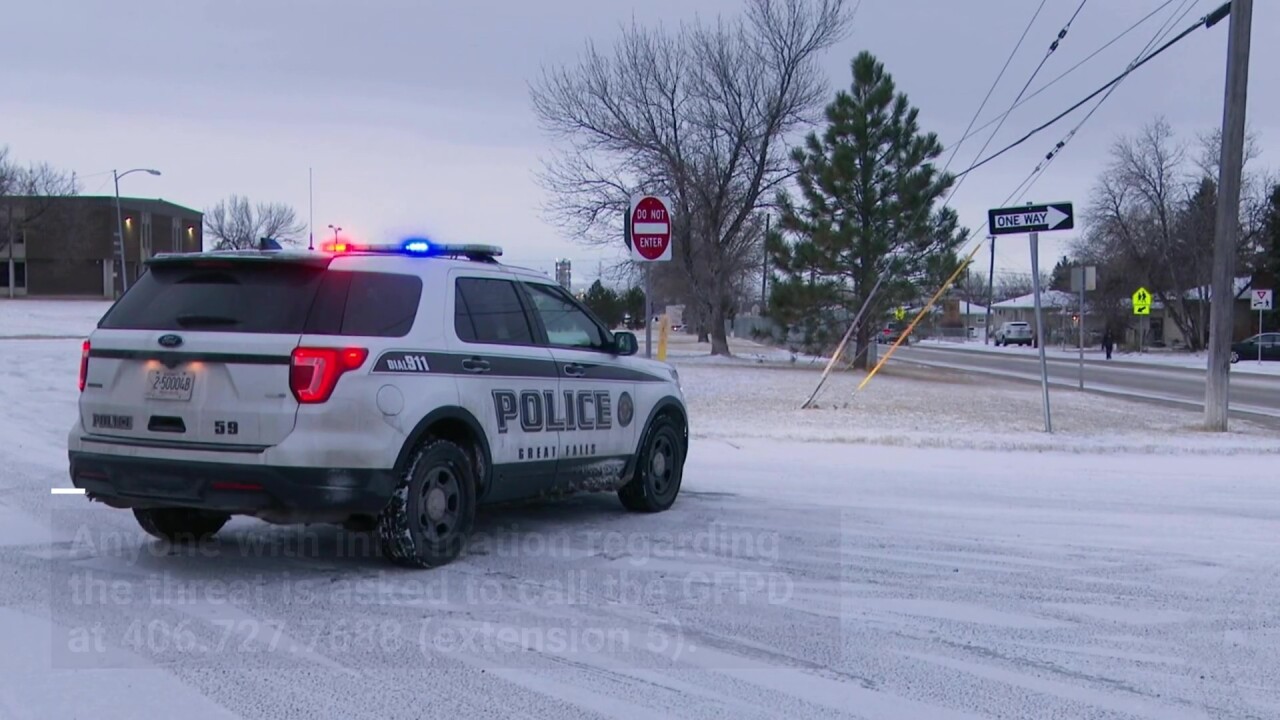 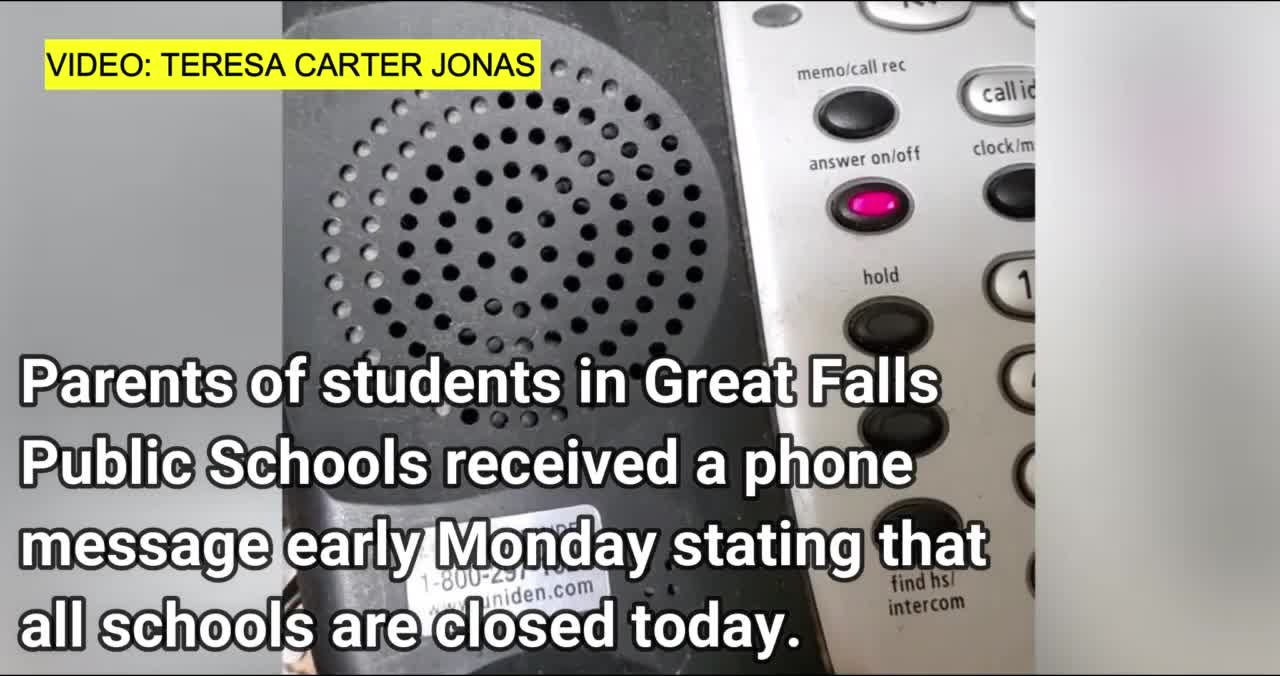 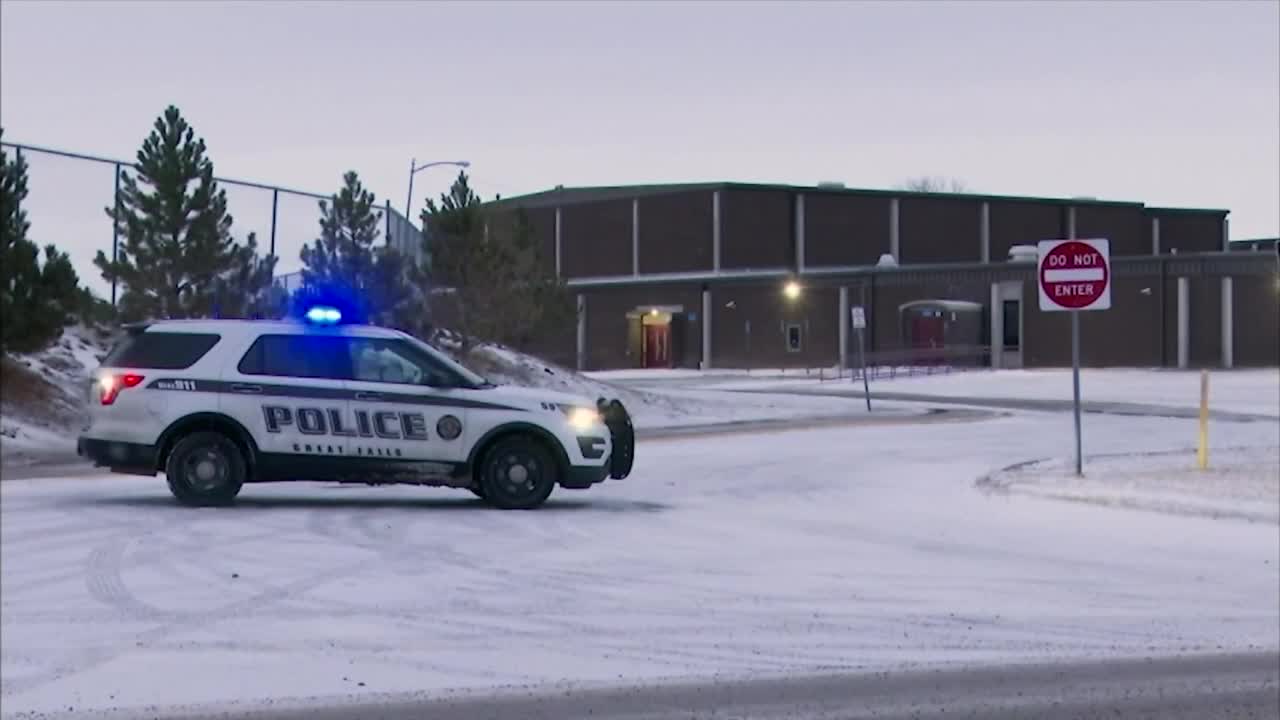 GREAT FALLS — The Great Falls Police Department had a press conference at 2:30 pm on Monday to provide an update on the investigation into the threat that caused the closure of all schools on Monday.

At about 5:37 a.m. on Monday, a staff custodian found a handwritten note at an elementary school; the note contained threatening verbiage and stated that an explosive device had been planted at "multiple Great Falls schools."

The threatening note caused all Great Falls Public Schools and most private schools in Great Falls to close for the day; GFPS sent text messages and initiated automated phone messages to alert families at around 7 a.m.

Great Falls Public Schools superintendent Tom Moore said that as of 2:30 p.m., all GFPS schools have been searched and cleared, and no explosives have been found.

The GFPD says that they have a "vague description" of a suspect thanks to surveillance video, but in order to preserve the integrity of the investigation, they are not releasing information about the suspect or the threatening note at this time.

Moore also said that at this point, all schools will be in session on Tuesday. He noted that there is no "penalty" from the state Office of Public Instruction in this situation, so the district does not plan to add another day to the current school year.

Anyone with information about the threat is asked to call the Great Falls Police Department at 406-455-8547.

(1st Report, 7:21 am) Great Falls Public Schools announced at 6:55 a.m. on Monday that all public school in Great Falls are closed today due to threats.

The Great Falls Police Department says that the sudden closure is "due to an ongoing police investigation."

The GFPD says that people can expect to see a police presence at all schools throughout the day, and that "we realize this is an inconvenience for your family, but the safety of your children is of paramount importance."

GFPS said that students in need of daycare can be taken to Paris Gibson Education Center.

In addition, the University of Providence says that its campus also will be closed today due to the GFPS situation. UP said there is "no immediate threat to our campus at this point, but we take our students, faculty and staff and their families’ safety seriously."

We have also received word that all Catholic schools in Great Falls are closed.

There is word at this point of any threats or closures to schools outside of Great Falls.

We are working to find out more about the situation and will keep you updated.

GFPS phone message about closures
Copyright 2020 Scripps Media, Inc. All rights reserved. This material may not be published, broadcast, rewritten, or redistributed.