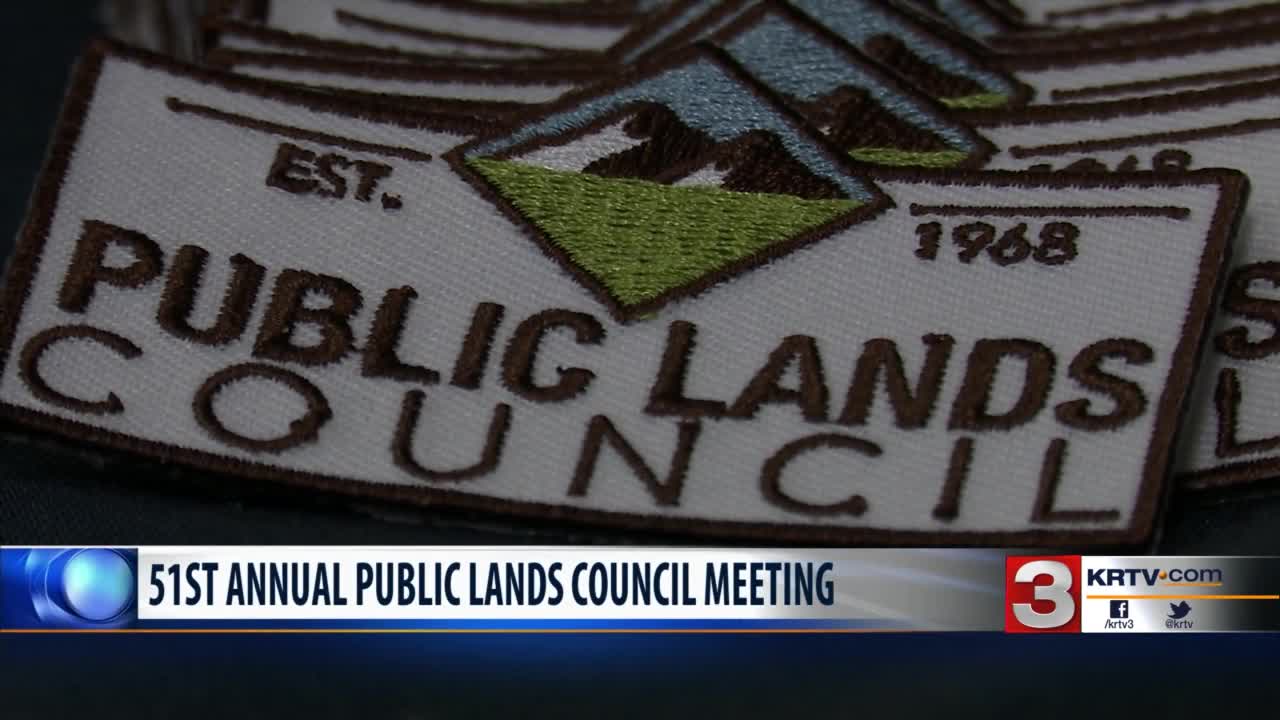 GREAT FALLS — The 51st annual Public Lands Council conference will kicked off in Great Falls on Wednesday, bringing hundreds of ranchers to town.

“We rotate to a different state in the western United States every year and this year is Montana. We’re excited to be in beautiful Great Falls for the week,” said Ethan Lane, PLC executive director.

“It’s a chance for the leadership of western cattle and sheep associations from all over the west to come together and talk about policies that impact federal land’s grazing industry,” Lane said.

New faces also turned out for the event.

“The really great thing is that we’re seeing some new faces from within the industry,”

He believes that the increased turnout is due to the community’s sense that they can make an impact.

“Today there’s a real sense that we can make some positive differences. And I think that has motivated more people to want to participate in this annual convention,” Magagna said.

Magagna believes the public’s spirit of optimism is also due to improved communication between those in administrative positions and those directly impacted by the livestock industry.

Magagna listed several administrators who fall under that description, including United States Secretary of the Interior David Bernhardt, who “grew up on a ranch in Colorado,” and “BLM (Bureau of Land Management Director) that is, again, from Colorado and Wyoming.”

“It's easier for us to communicate with those people because they understand our issues than some of the people that have been in those key conditions in the past,” Magagna said.

Magagna says more of the administrators are people with experience in the livestock industry, allowing them to relate to counsel members better.

“A lot of it is based on just good communication and getting understanding for what our industry and public land grazing is all about,” Magagna said.

Magagna says a strong presence in D.C. is an essential part of the livestock industry’s ability to graze public lands.

“For many livestock operations in these western states, the ability to graze public lands is an essential and critical part of their operation,” Magagna said.

The three-day event allows members of the livestock industry to come together to discuss issues related to livestock grazing on public lands, primarily in the 13 western states where the majority of public lands are located.

Those discussions breed policy decisions which guide counsel whose role is to interact directly with Congress.

“We adopt policy at these annual meetings. And that policy guides our staff in Washington D.C. as they interact with the agencies and with Congress,” Magagna said.