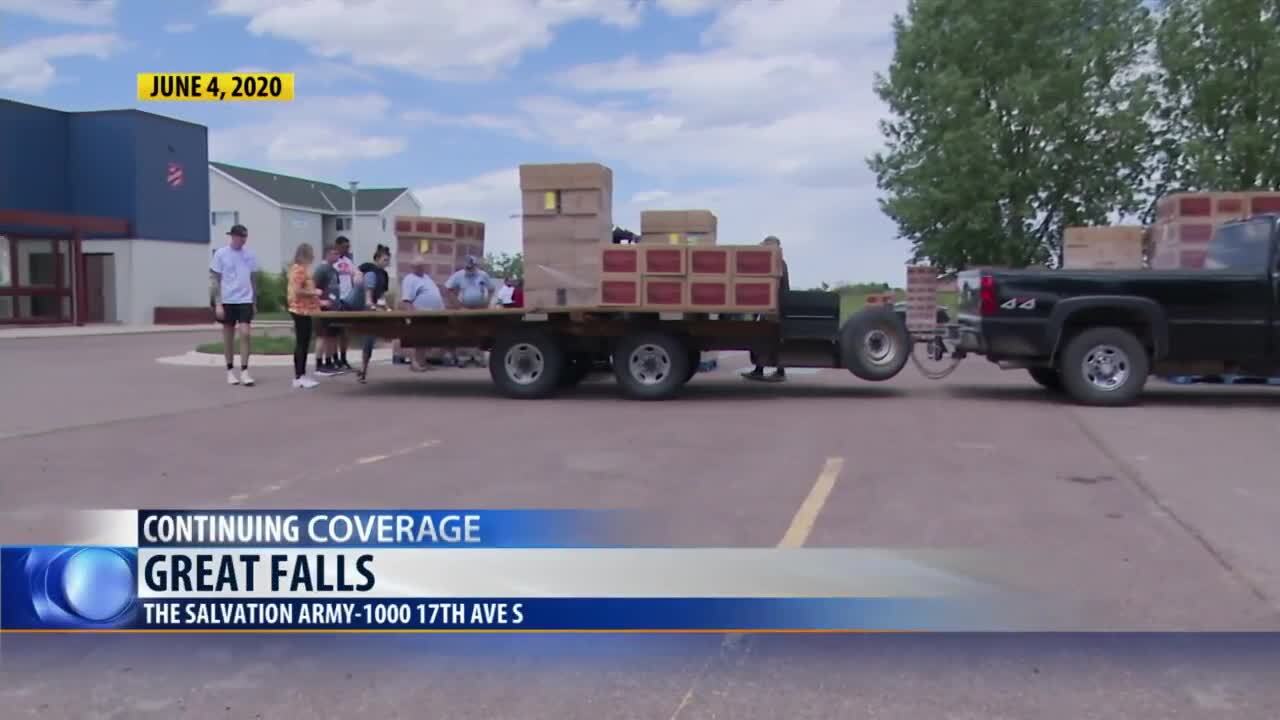 GREAT FALLS — KRTV is following up on a story that's based on helping to feed families, as the US Department of Agriculture is putting produce in the hands of agencies including the Salvation Army of Great Falls to give away to communities.

Major Mark King of the Great Falls agency says they've hosted two of the "Farmers To Families" events so far - the first distribution took place at Holiday Village Mall, which led to long traffic lines and congestion. The venue was moved the next week to The Salvation Army facility at 1000 17th Avenue South to accommodate traffic; distribution was also downsized from 1,500 boxes to roughly 100.

The agency will continue to host smaller giveaways and partner with non-profits to distribute the remaining food boxes. Each of the boxes contains a variety of fresh produce.

King says a video call with partners on Monday finalized the decision to keep the distribution process as is, and they are finalizing the list of agencies and contact information of who will be distributing boxes or using the produce to supplement existing nutrition programs.

King says he's aware of a photo circulating social media showing unopened produce boxes by a dumpster. He says the Salvation Army is not able to control what happens to the produce once it leaves their property.

He believes agencies must work even harder to ensure food gets into the hands of the hungry. "That's sad, it really is because those could have gone to some families who are really food insecure and could use it. So that really is upsetting and we discussed that (Monday) today - I'm doing everything in my power to make sure that doesn't happen and we really want to make sure that our agencies are working hard- that they're giving food to those who need it.”

This week's distribution will again be in the Salvation Army parking lot. The agency says:

For more information, call King at the Salvation Army in Great Falls at 406-453-0391, extension 224; you can also visit the Facebook page.