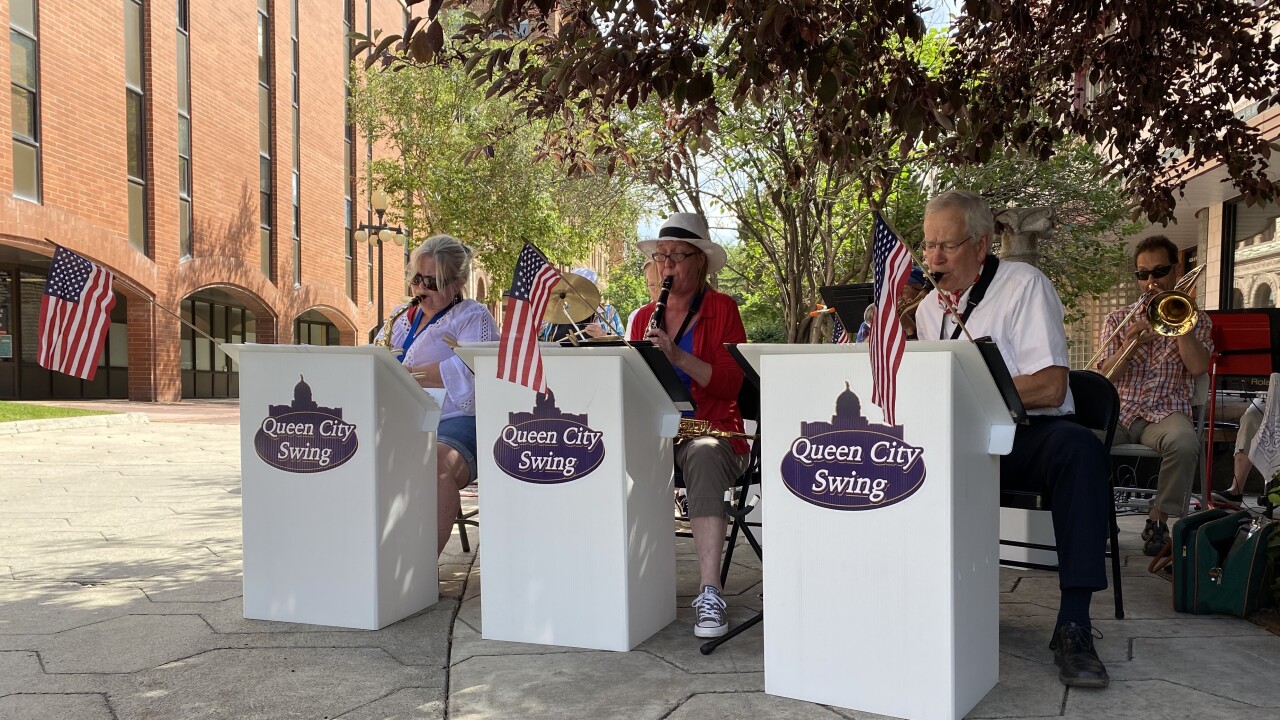 Flash mobs, and surprise performances, can be found every so often, but it's not often a 10-person swing band shows up.

The Queen City Swing Band did just that on Friday in Helena.

Marie McAlear, one of the founding members of the Queen City Swing Band, said a few of the band members noticed a few musicians playing on the Last Chance Gulch walking mall in downtown Helena and wanted to have the chance to play as well.

"I think it became such a wonderful thing for professional musicians or people who just want to play for people, for an audience, and they were here on the Gulch doing this," said McAlear. "So one of our members contacted the right people, that have the businesses here and said, “How do we go about setting up? We're a big group, but we want to do it too.”