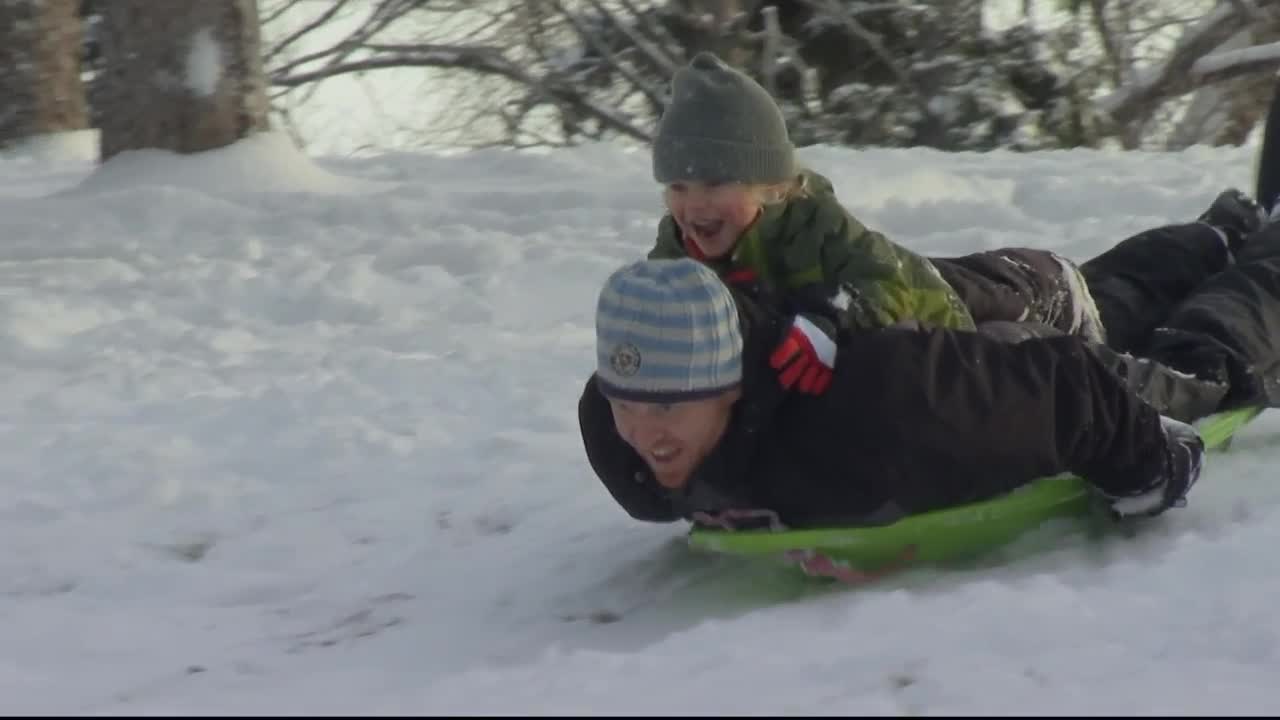 Pioneer Park sledders have fun in the cold in Billings

After 7 to 9 inches of snow fell on Billings over Thanksgiving weekend, thrill seekers zipped up their jackets and headed to Pioneer Park to toboggan down the city park's many hills Saturday afternoon.

“Me and my brother almost fell down in the creek!" said 10-year old Billings sledder Taylee.

Long-time Billings residents will know the creek that snakes through the bottom of Pioneer Park. Sledders have to stop themselves in time to avoid falling into the creek's icy cold water.

Temperatures were in the twenties in Billings as dozens of sledders young and old enjoyed the fresh powder.

Taylee's brother Adrian was sledding off a three foot tall ramp that was made from snow.

“It’s fast and the jump is fun,” Adrian said.

Other people hitting the jump were launching themselves about three feet.

The siblings Taylee and Adrian said they go out every year with their parents to go sledding.